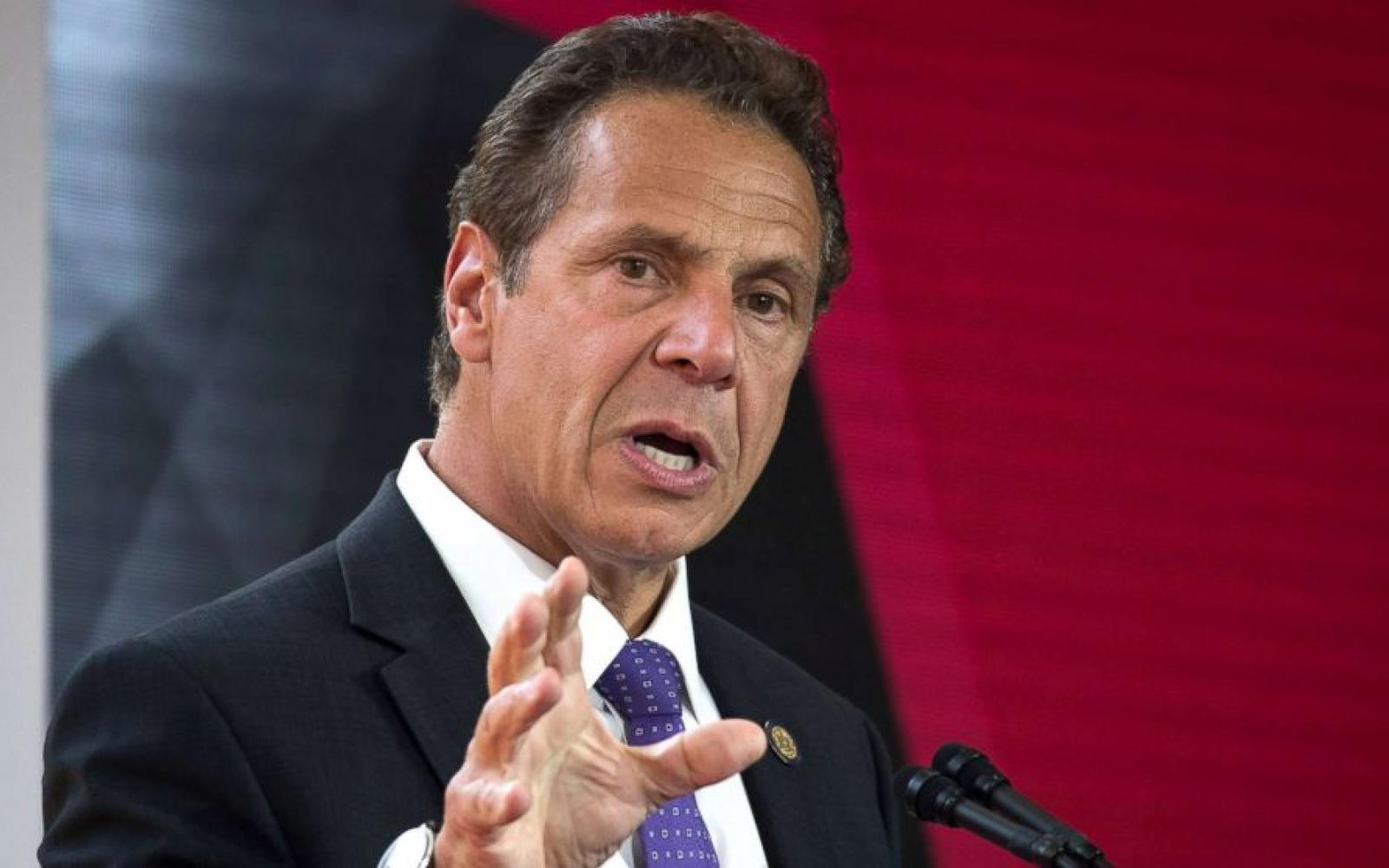 Cuomo called into WAMC radio, where he was asked about the controversy surrounding Indigenous Peoples’ Day, which was celebrated Monday at the same time as Columbus Day.

He quickly turned the discussion to a New York Times op-ed that ran Saturday about the treatment of Italian Americans in the past — and said the entire n-word while talking about slurs once used against the Italian community.

“They used an expression that southern Italians were called, I believe they were saying southern Italians, Sicilians — I’m half Sicilian — were called, quote-unquote and pardon my language, but I’m just quoting the Times: ‘n—r wops.’ N-word wops, as a derogatory comment,” Cuomo said, slowly and clearly saying the whole inflammatory epithet.

“When I said that ‘wop’ was a derogatory comment, that was when the Times Union told me, no, you should look in Wikipedia, ‘wop’ really meant a dandy,” he told host Alan Chartock, laughing.

The governor’s on-air gaffe comes months after his younger brother, CNN anchor Chris Cuomo, was caught flying into an expletive-filled rage after someone called him “Fredo” — an apparent insult referencing Fredo Corleone, the incompetent son of Don Vito Corleone in “The Godfather.”

Andrew Cuomo has since waged war against Albany Times-Union managing editor Casey Seiler, who penned an op-ed over what he called the Cuomo brothers’ misconception of Italian American insults.

“Wop,” Seiler contended in his piece, is derived from the Italian word guappo — meaning dude or dandy — not “without papers,” as Andrew once insisted.

Andrew again raised the issue on WAMC on Tuesday.

“I’m sure that’s what they were saying to me back in Queens — ‘you’re a dandy’ — when they looked at me with scorn and gave me a hand gesture and called me a ‘wop,'” he said.