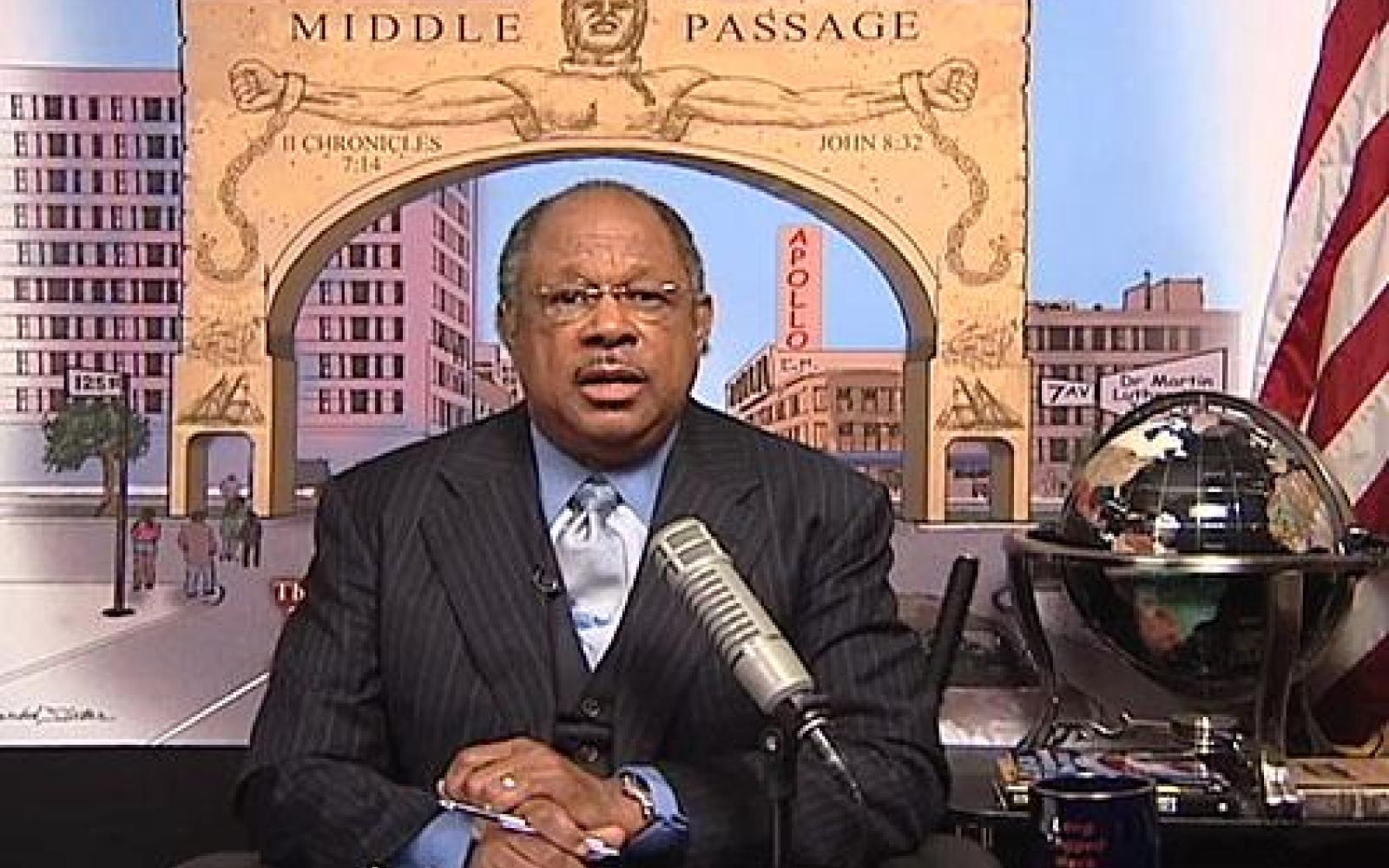 Anti gay paster James Manning's chickens are coming home to roost. The pastor of Atlah Worldwide Church routinely put up hateful messages outside of his Harlem-based church. He warned African-American women that “white homos” will take their men. He wished cancer, syphilis, HIV, and hellfire on gay-rights supporters.  Most famously, he declared that Starbucks was mixing “semen from sodomites” into their coffee in order to make you “think you’re having a good time.”

He lost his church in 2016 after racking up more than $1 million in unpaid bills — and a homeless shelter for LGBTQ kids was hoping to take over the space — and we hadn’t heard much from him since then.

But Manning ultimately kept control of the building, including a private K-12 school housed inside the church.

In a disturbing story for HuffPost, Rebecca Klein details some of the ways Manning disciplined students he felt were misbehaving.

For three full school days in 2011, a church leader would take [Sharif] Hassan to the pitch-black basement in the morning, locking the door and leaving him there for eight hours. Hassan, then 17 and a junior at Atlah High School, sat on a grimy bench in total darkness. His lungs filled with dirty air from the nearby boiler. Bugs and rodents crawled around him. Each passing minute felt heavy and lingering, and each hour felt like it dragged on for days.

“It was constant hate and control and manipulation,” Hassan, now 25, said of life at Manning’s school and church. “I felt like we were his slaves.”

In a separate incident in 2015, a woman named Tamar, whom Hassan used to date and remained close with, told him that Manning had sexually harassed her when they were in school. To prove she wasn’t lying, she recorded a conversation with Manning. This is when she was 18 and a recent graduate of his school.

Manning can be heard on the recording, which HuffPost reviewed, complimenting Tamar’s breasts and saying he wanted to pull up her skirt. He also says he first started having feelings for her when she started at the Atlah school. She was 14 when she first became a student there.

“You got an incredible body,” Manning can be heard saying in the recording. “In fact, like on Wednesday night you came, and you had on a black blouse and black stockings and a gray or something skirt. All I could think about was, ‘Wow, I sure would like to remove those stockings and that blouse,’ and just look at your body.”

Ugh… There’s so much more in Klein’s story. And remember: Manning still has his church while the legal battle continues. The school remains open, too.

It should’ve been obvious to anyone watching this guy years ago that he was hiding secrets of his own. No one with that much faith-based hate in his heart ever seems to have a clean ethical record. But when you manage a cult, any accusation of wrongdoing can easily be dismissed as the work of your enemies, and the congregation is expected to just accept that excuse at face value.