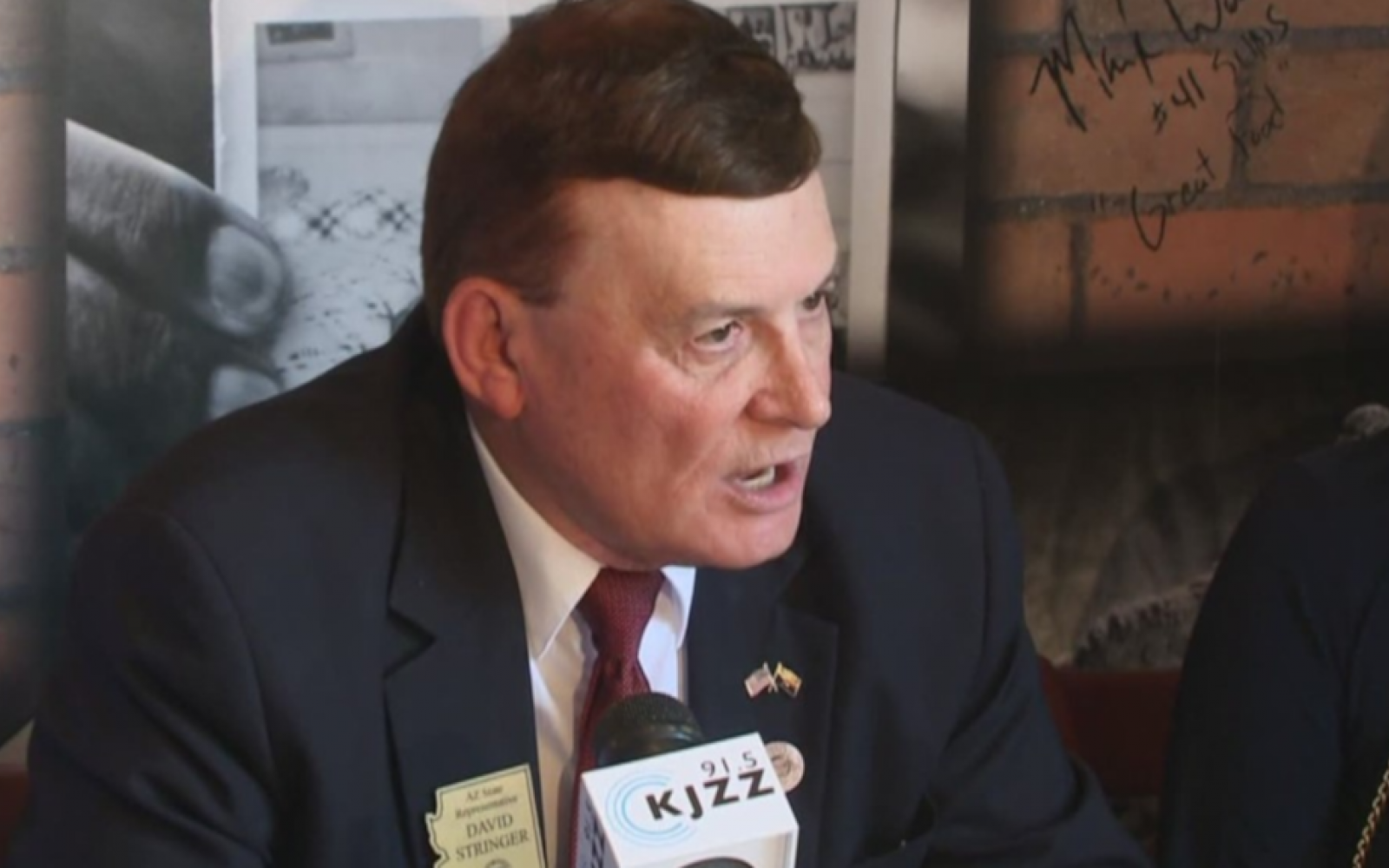 Former Arizona Rep. David Stringer was arrested in 1983 on suspicion of paying two children under the age of 15 to have sex with him, according to records from an ethics investigation released Friday.

A Baltimore police report from 1983 was released by the Arizona House of Representatives, which had been investigating Stringer's past sex-crime charges.

The report states police arrested Stringer in September 1983, after a boy told detectives that Stringer had met him and a friend in a park a year earlier, and asked them to come back to his apartment to have sex.

Stringer allegedly paid the boys $10 after he performed oral sex on them and had them perform the same act on him, according to the report.

“(Name redacted) said that about a year ago he was in Patterson Park with a boy (name redacted) when a man stopped and asked if they wanted to go to his house and have some sex," the report states.

“They did perform the sex act on Mr. Stringer … After this the boys were given ten dollars ($10.00) a piece and they left."

One of the boys told police he had been back to see Stringer at least 10 times to perform oral sex or penetrative sex, the report states.

The boy, whose father called police, told the detectives that his last visit with Stringer was in July 1983, when they had sex and took a shower together.

According to the police report, one of the boys Stringer was accused of raping had a developmental disability. Stringer "should have reasonably known" that, the report states.

One of the alleged victims was as young as 13.

Stringer, who was 36 when he was arrested, was charged with eight counts of sex crimes. He later accepted a plea deal on some combination of charges and was sentenced to five years of supervised probation.

He also was required to seek admission to what appears to be a treatment clinic for sex offenders.

But few details of Stringer's sentence are known because a Baltimore judge expunged the case in 1990, erasing the court records.

Stringer's attorney, Carmen Chenal, said Friday afternoon that the police report is based on "unproven allegations." She said the House inappropriately released records from a decades-old, expunged case and warned "this is not over."

“The allegations … are false and Mr. Stringer denies them all," she said. “He never committed a crime. He was never convicted."

Stringer, a Republican from Prescott who is now 71 years old, abruptly resigned from the Arizona Legislature on Wednesday, a stunning move that came as he refused to cooperate with ethics investigators.

Friday's release sparked an outcry from Republican and Democratic leaders.

"Upon reading the report, I was sickened," Bowers said. "This is very disturbing."

Bowers said the report was obtained by a private investigator hired by the House.

"This is not about politics, it's about the safety and security of children," they said in a joint statement.

The lawmaker also faced scrutiny over racist comments he made about immigrants and black people last year, including saying that “there aren’t enough white kids to go around” in Arizona public schools.

"The evidence that he was trying to withhold from the Ethics Committee must be damning since he chose to quit rather than comply with a subpoena," Bolding said in a press statement Wednesday.

Although Stringer said he was never convicted of a crime, court records obtained by the Phoenix New Times show a Maryland court entered a judgment of guilt on some combination of charges.

He said he took a plea of "probation before judgment," a Maryland sentence that allows someone to have a charge cleared after completing probation.