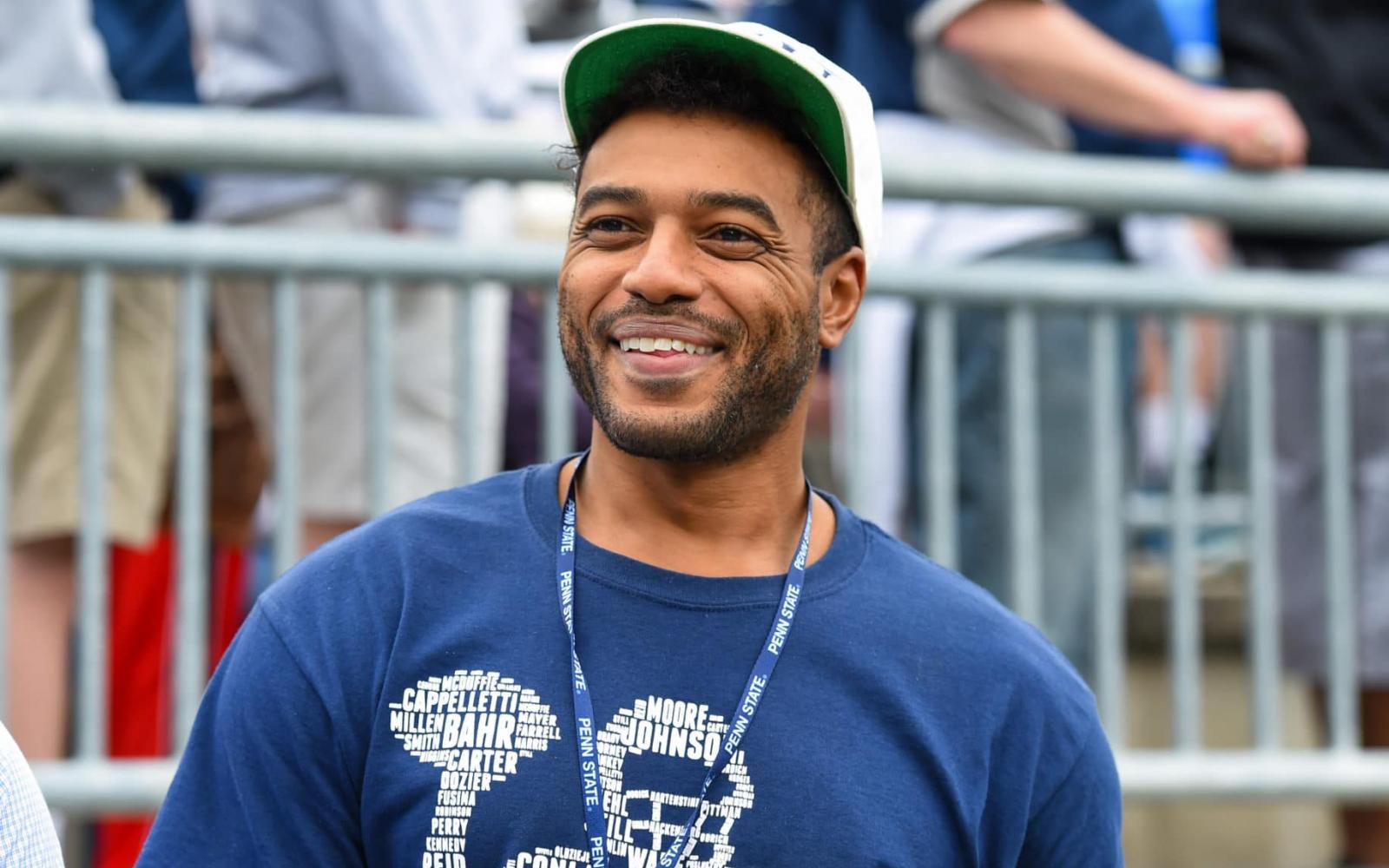 Johnson, who has sounded off about the Bible and alleged an “effeminate agenda” in the NFL and NBA, accused Wade of sacrificing his son to the “doctrines of demons.” Johnson piled on after Wade was catching heat last week for allowing his 12-year-old son to wear nail polish and a crop top.

“I didn’t see what the issue with Wade's family photo was all about... His twitter avi is him (symbolically) standing with his hands in a pyramid. ...Freemasons believe in sacrificing a child or their child to the doctrines of demons, doing what he’s told for worldly wealth,” he wrote.

He included a picture of several wealthy celebrities posing with their hands in a triangle, including Michelle Obama, Steve Harvey and members of the ABC TV show “Shark Tank.” He suggested that the triangle shape means those wealthy elite are in the secret Freemasons group. Wade’s Instagram profile picture is him in a robe with his hands together in a diamond shape.

Johnson was among the top running backs in the NFL before stepping away after the 2011 season. He played with the Kansas City Chiefs, Cincinnati Bengals, Miami Dolphins and Washington Redskins and rushed for 6,223 yards and scored 55 rushing touchdowns.

He was arrested several times for assaulting women and was suspended by the NFL in 2009 for hurling an anti-gay slur, USA Today reported. As of late, he’s made questionable statements on his social media account and claims he “broke the Devils hold on my soul.”

Last month, he tweeted he would hope to rue the day when the “lukewarm” discover who the “real” people of the Bible are and how Christmas is “just a pagan belief.” He also tweeted a screenshot of other gods who are said to be born on Dec. 25 followed by a theory about Satan working with the Catholic Church.

Earlier this year, Johnson sounded off on a supposed “effeminate agenda” in the NFL and NBA — and he claimed high-ranking Freemasons are involved.