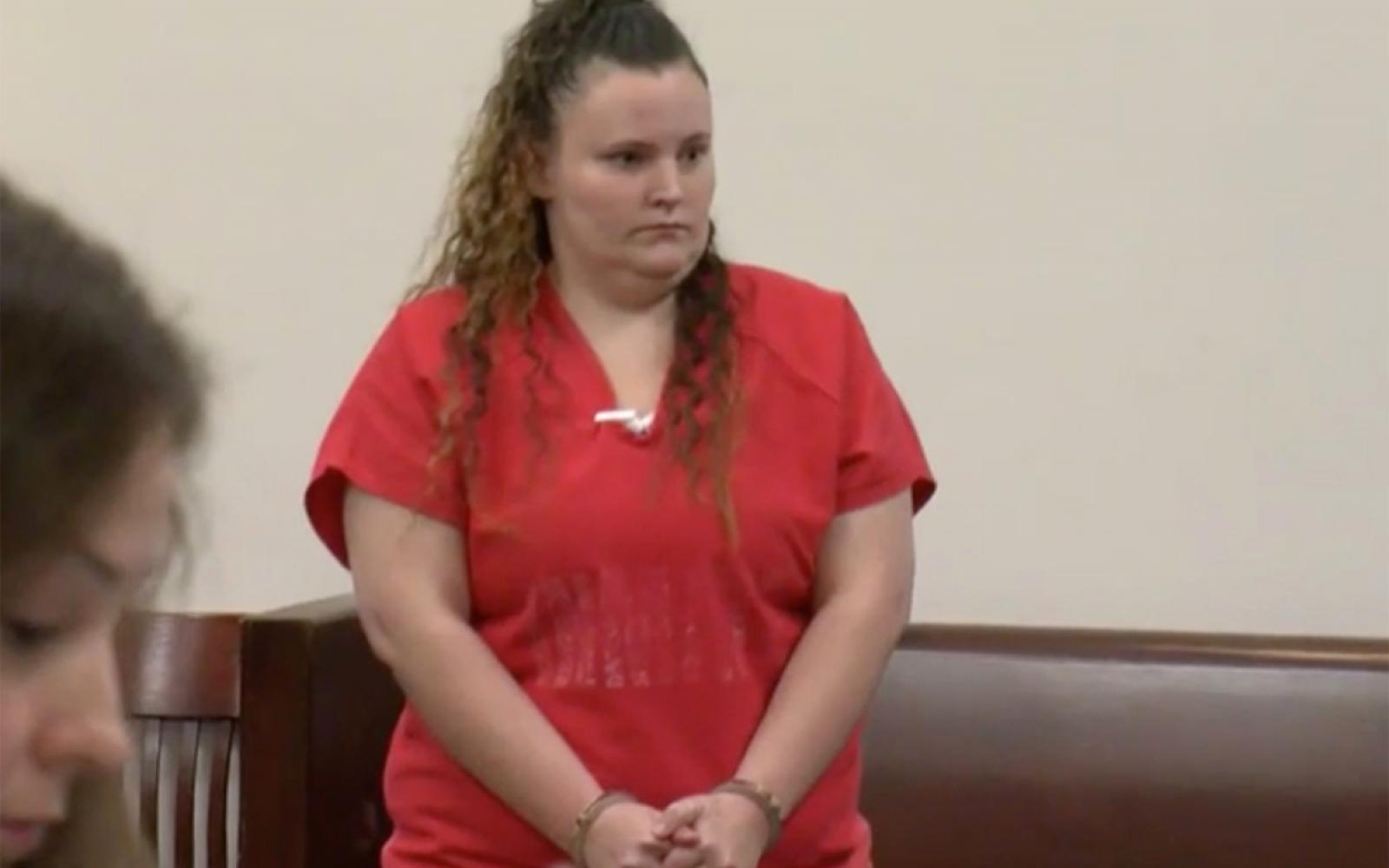 The boy was 11 when the sexual abuse started. The abuser was his family’s 22-year-old live-in nanny.

She sexually assaulted him at least 15 times over several months, according to prosecutors. In the fall of 2014, she gave birth to his child. Three years passed before the boy had the courage to tell his mother what happened.

On Wednesday, the now 17-year-old father sat in a courtroom to watch Marissa Mowry sentenced to 20 years in prison for what she did to him. She must also complete 10 years of sex offender probation upon her release from prison.

There was no high drama as Mowry, now 28, learned her punishment. Standing handcuffed in a red jail uniform, she listened impassively as Hillsborough Circuit Judge Laura Ward designated her a sexual predator. That means when Mowry is freed she will spend the rest of her life adhering to a series of strict conditions.

No witnesses testified. But Assistant Public Defender Antina Mobley made a brief mention of Mowry’s past. She spoke of an abusive childhood and parents who were absent from Mowry’s life. The attorney said Mowry was homeless for a time. She earned her high school diploma while in jail.

After the hearing, the mother of the boy Mowry assaulted said a troubled past was no excuse for the damage she caused, for changing the course of his entire life.

“We’re talking about a child that was 11,” Nadean Campbell said. “Not even a teenager. Eleven.”

The mother spoke of the child her son once was, the memories of a boy in a kiddie pool, riding dirt bikes, playing with Lego blocks.

She talked about who he is now, the teenage father of a 5-year-old son.

The 17-year-old takes his son to school in the morning, and goes to school himself. He plays with him in their backyard when he gets home.

Being a father has put limits on what he can do in his teenage life, Campbell said. He can’t hang out with friends after school because he has to care for his son. Dating is out, Campbell said, because “who wants to date a 17-year-old who has a 5-year-old?”

“It has not ruined his life, but it’s changed his life," the mother said. “But he has turned into one of the most amazing dads you’ll ever meet.”

The family hired Mowry to be a nanny for their son in January 2014. She was recommended by Campbell’s sister-in-law, who had also employed her. Mowry lived with them. Campbell said they came to think of their nanny as a daughter.

When Mowry gave birth, they thought the father was her boyfriend.

In 2017, after her son told her what happened, Campbell told the authorities. A DNA test later confirmed that the boy was the father of the nanny’s child.

When detectives questioned her, Mowry claimed that the boy had forced himself on her. But in a phone call with the boy, which investigators recorded, she acknowledged that wasn’t true.

She was arrested in 2017 on multiple counts of sexual battery of a victim under the age of 12 and sexual battery while in custodial authority. If convicted, she faced up to life in prison. Last month, she agreed to plead guilty in exchange for 20 years.

Mowry had three children, according to court records. In 2017, man who fathered one of those children asked a court for sole custody of their son.

Campbell said she felt Mowry had manipulated her family, and that the authorities initially didn’t take the allegations seriously. She called her ex-nanny and the mother of her grandchild a predator.

She urged other parents to be vigilant about their children, to start digging when something doesn’t seem right.

“We don’t think about females being predators usually,” she said. “I didn’t. And it cost me.”