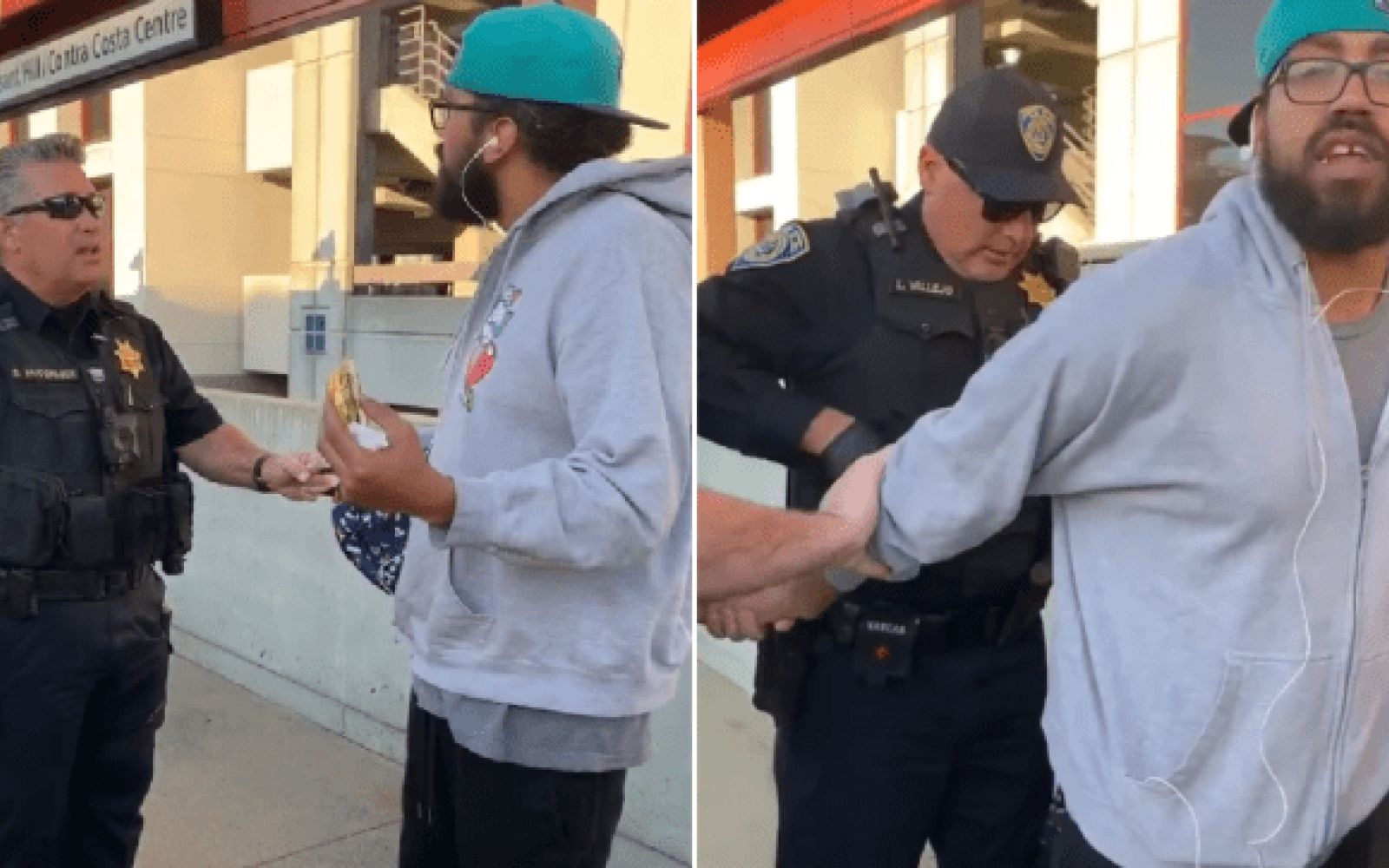 The general manager of a Bay Area commuter rail issued an apology on Monday to the black man who was filmed being handcuffed by a transit cop for eating a breakfast sandwich on a platform.

“I apologize to Mr. Foster, our riders, employees, and the public who have had an emotional reaction to the video.”

The viral video shows an officer trying to grab the backpack of a straphanger — identified by media outlets as Steven Foster — who’s eating his sandwich and questioning why he’s been stopped, according to the San Francisco Examiner.

Powers, in his statement, said that the officer in the recording was responding to a separate call when he asked Foster to stop eating.

“The officer asked the rider not to eat while he was on the platform responding to another call. It should have ended there, but it didn’t,” said Powers.

Foster refused to cooperate and was eventually cuffed and issued a citation.

Despite the outcry, which included criticism of the cop from a member of BART’s board of directors, Powers stressed that the transit system has a no-eating policy that officers should be able to enforce.

“Enforcement of infractions such as eating and drinking inside our paid area should not be used to prevent us from delivering on our mission to provide safe, reliable, and clean transportation,” he said.

Powers added that the incident is still being investigated by BART’s Independent Police Auditor.