Be Careful: Detroit Man Using Grindr To Target Gay Men and Rob Them At Gunpoint 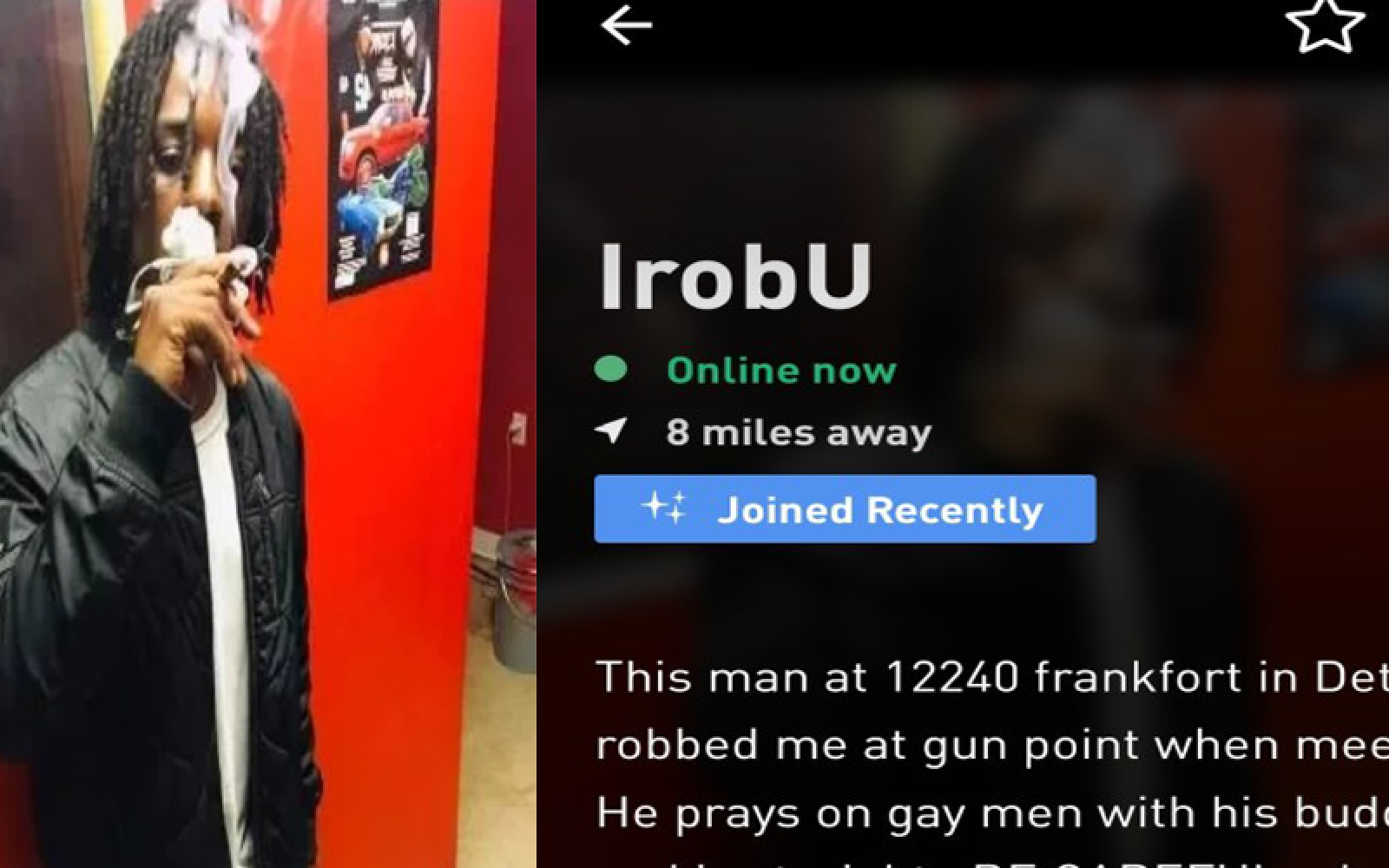 Via MIHeadlines: – A person who was a victim to an alleged armed robbery took the time to post the information to an app called Grindr to let gay men in Detroit be warned so they do not become the next target.

The screen name of IrobU caught the attention of many on Sunday June 23rd, 2019. One person captured screen shots and sent them to us in hopes that a spotlight would be shed on this problem. The man who posted the information to the app has filed a report with Detroit Police. He was a victim of an armed robbery by this suspect on Saturday June 22nd at 2:30AM.

A photo of the suspect along with details are putting gay men in Detroit on notice.That information is as follows:

“This man at 12240 Frankfort in Detroit robbed me at gunpoint when meeting. He preys on gay men with his buddy and is straight. BE CAREFUL…he was on today to get another victim…he has robbed 7 men so far and shot another.”

Anyone who has been a victim or if you know who this person is, you are encouraged to contact Detroit Police at (313) 596-2520 or call Crime Stoppers at 1-800-SpeakUp.

When this suspect and his friend are arrested, their charges could be enhanced with hate crime status.