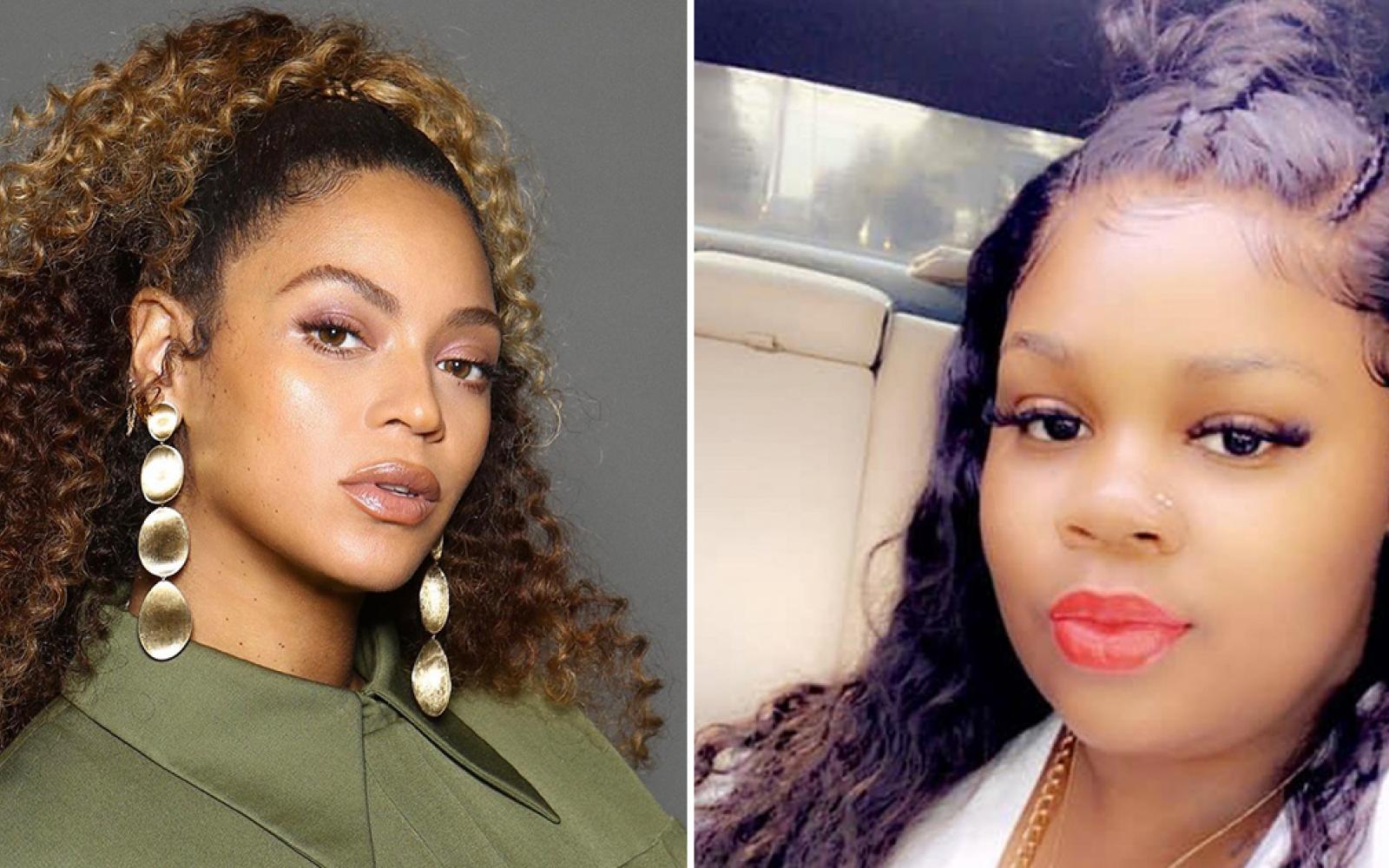 Queens do Queen things and Beyonce is doing just that calling on Kentucky's top prosecutor to bring charges against the cops who killed Breonna Taylor during a "no-knock" search warrant in March.

Bey penned and posted an open letter on her site Sunday to Kentucky Attorney General Daniel Cameron, highlighting the fact that while a new law has been passed in her name banning the use of no-knock warrants ... her family has still not received true justice.

She write: "Three months have passed -- and zero arrests have been made, and no officers have been fired. The LMPD's investigation was turned over to your office, and yet all of the officers involved in the shooting remain employed by the LMPD."

Beyonce adds, "Sgt. Jonathan Mattingly and Officers Myles Cosgrove and Brett Hankison must be held accountable for their actions." They're the ones who busted into her apartment -- believing it was being used to house drugs -- and opened fire upon her and her boyfriend inside ... unloading 20 rounds, eight of which struck and ultimately killed Breonna.

The three officers were put on administrative leave -- the case is still under investigation.

Bey ends her letter with a list of demands for AG Cameron, saying she and the community want to see criminal charges brought against the three men, transparency in the investigation and subsequent prosecution of them, and then calls for a separate investigation into the Louisville Metro Police Department's handling of the case from the jump.

Beyonce caps it off with a heartfelt plea ... "Don't let this case fall into the pattern of no action after a terrible tragedy. With every death of a Black person at the hands of the police, there are two real tragedies: the death itself, and the inaction and delays that follow it. This is your chance to end that pattern. Take swift and decisive action in charging the officers."

She finishes by saying, "The next months cannot look like the last three." 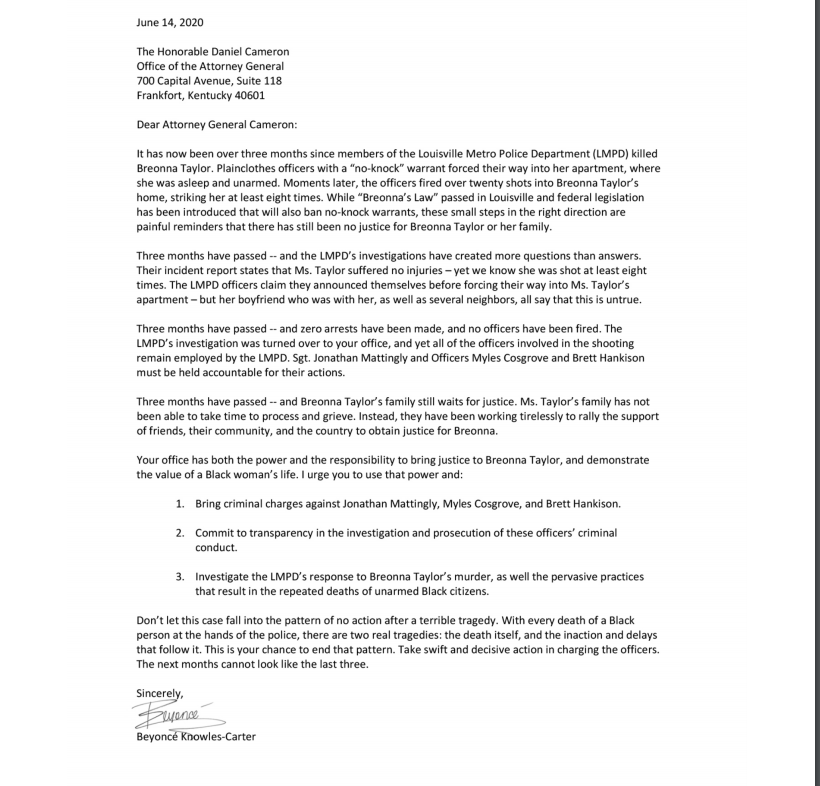