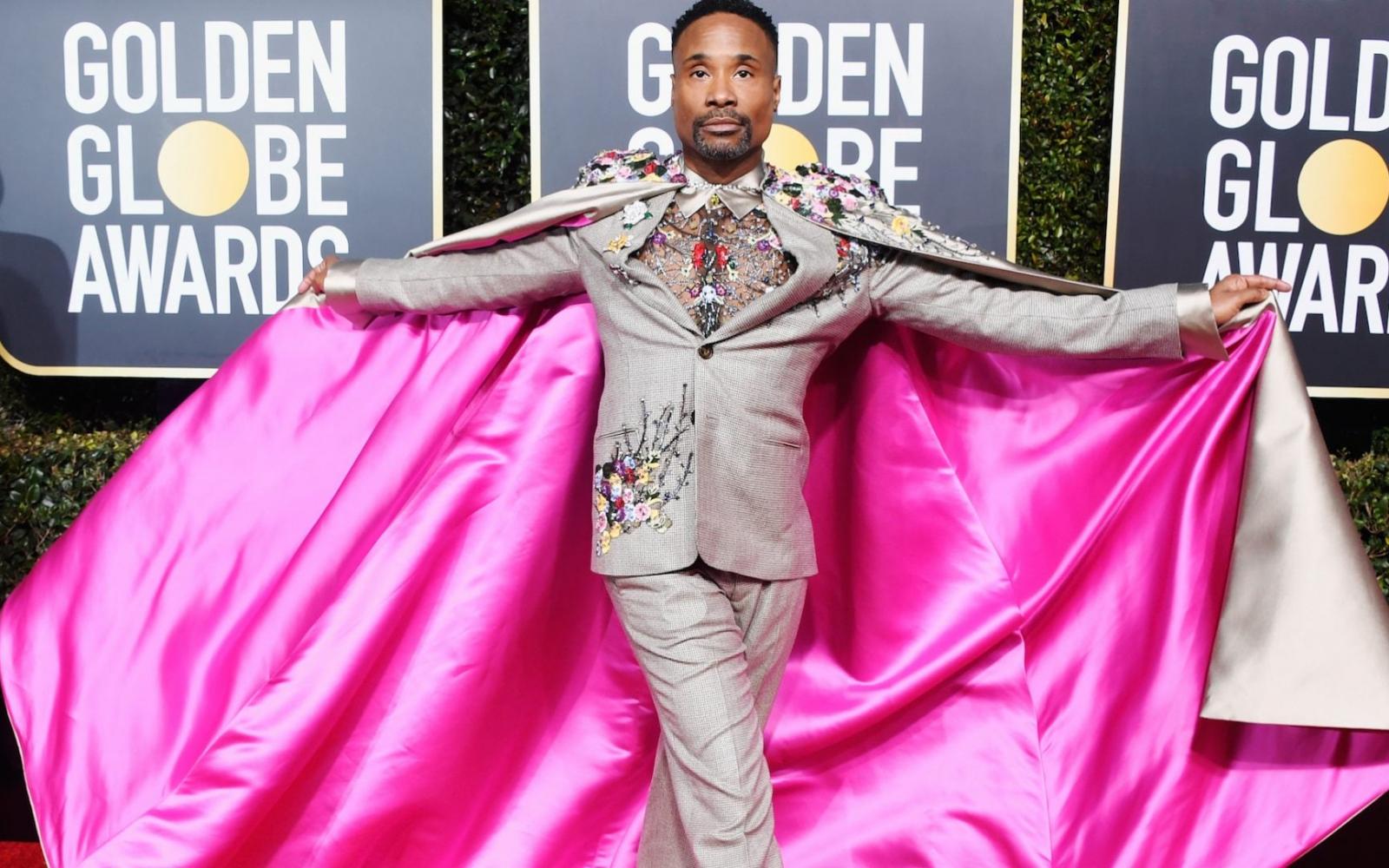 Billy Porter is speaking up for the Black LGBTQ community and calling out the Black Lives Matter movement for not being more inclusive.

Porter, the Emmy winning star of Pose, recently posted a video to Instagram in which he discussed the beating of Iyanna Dior, a black trans woman in Minneapolis.

He declared that the protests that have swept the nation and worldwide since the death of George Floyd had to include those who identify as LGBTQ.

“LGBTQ+ black folks are black people, too!” Porter said. “Our lives matter, too! So this is my response to those of y’all who don’t understand that: F— you! And, yes, I am cussing. It’s time for cussing.”

Porter criticized those in the Black community who have not prioritized the well being of those who are not straight and cisgender. He equated them to white supremacists in a message to “America.”

“My basic human rights have been up for legislation every single day that I have had breath in my body from all sides—and by that I mean that the Black community’s relationship with the LGBTQ+ community is appalling at best and eerily similar to that of white supremacists versus Black folk.”

Porter made it clear that he was “calling you out right here and right now.” The actor declared that the community could no longer call upon their support if it was not reciprocal. He also chided them for inflicting pain on those who were LGBTQ.

“You cannot expect our demands of equality to be met with any real legislative policy and change when y’all turn around and inflict the same kind of hate and oppression on us. The tragic reality here is that Black trans, as well as gender non-conforming, women and men are being killed in the United States by cis Black men to such a degree that it is nearly the worst emergency for trans women on the planet,” he said.

He issued a warning to those who did not want to support the LGBTQ community.

“To all my homophobic and transphobic brothers and sisters, get your f—ing houses in order,” he added.

Porter shared that Black people risk their lives every time they leave their homes and it’s doubled for queer people of color. They had to work beyond the usual twice as good that Black parents teach their children.

We move about our days sucking it up, hiding our pain and terror from the world, trying to make ourselves small, so white people and straight people feel comfortable.”

Watch the video in full below.