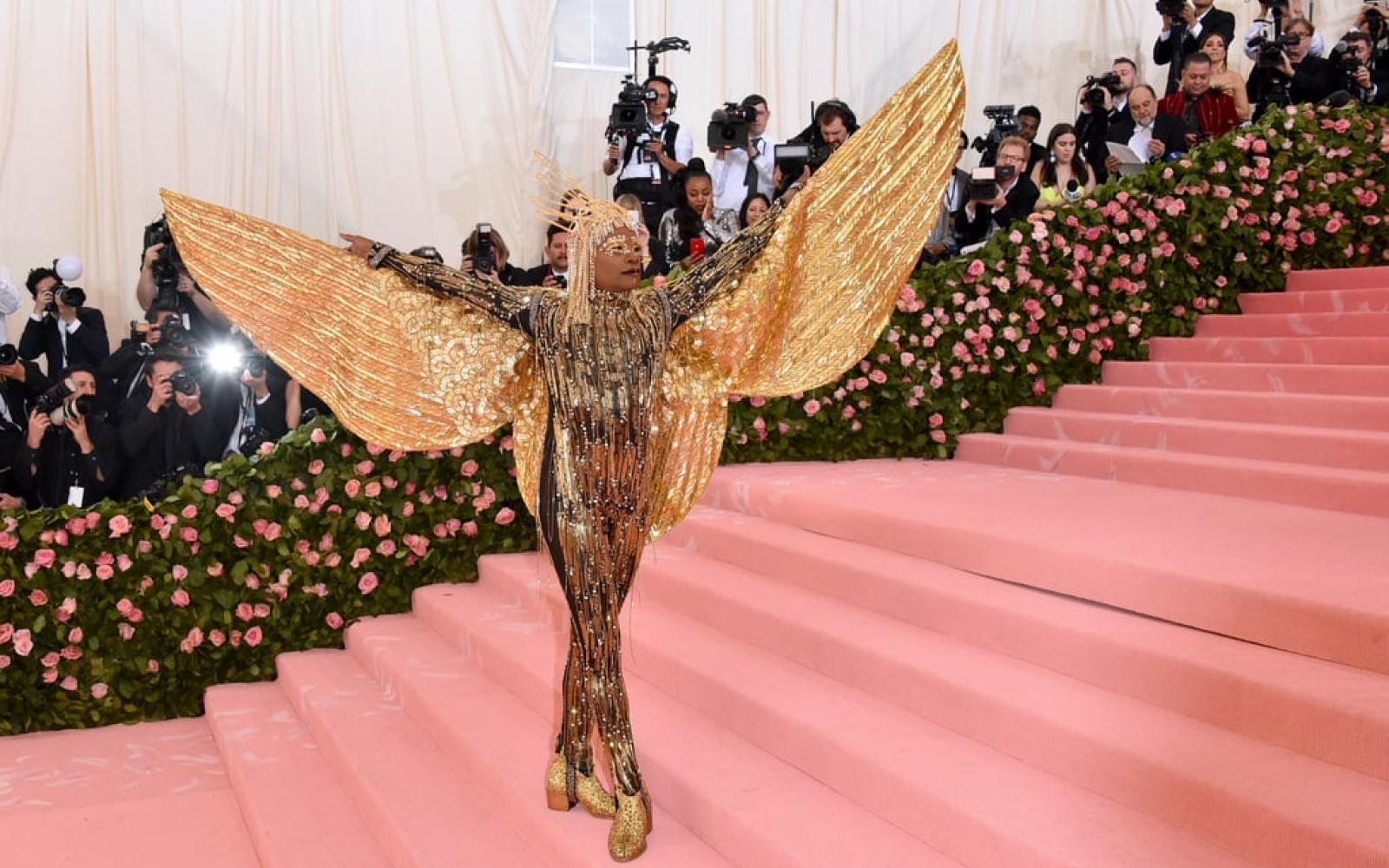 The biggest night in fashion has arrived — and this year may well be a contender for the most playful, absurd and opulent red carpet in Met Gala history.

About 550 people will attend this year's fundraiser, according to The New York Times. The theme is "Camp: Notes on Fashion," in part a nod to the 1964 essay by Susan Sontag.

If you're unfamiliar with camp, think less about hiking boots and tentpoles (though, in fairness, showing up in that could be very camp) — and much more about Lady Gaga having three outfit reveals on the red carpet, while wheeling around a pink champagne wagon.

Or actor Billy Porter, donning a golden catsuit, being carried out on a gold-trimmed litter by six shirtless men wearing golden pants.

And then casually revealing that his catsuit also has 10-foot golden wings.

Here are some campy highlights on the red carpet — from celebrities who very much understood the assignment. This post will be updated throughout the evening. 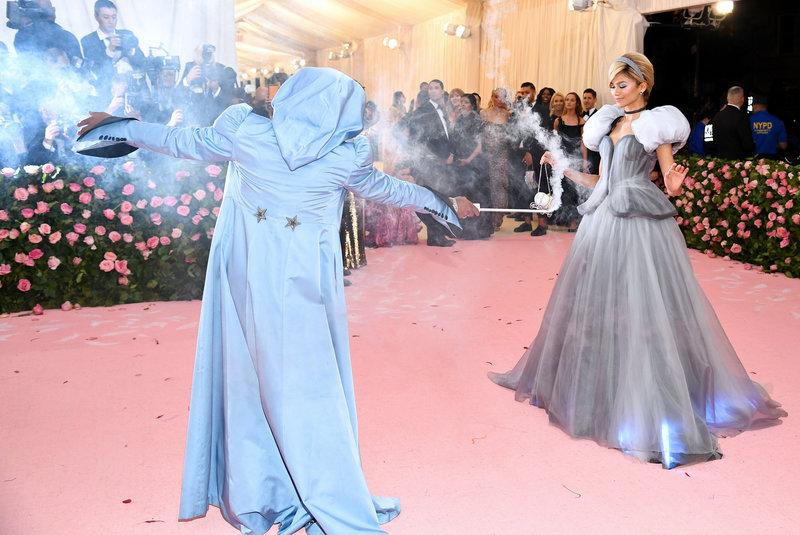 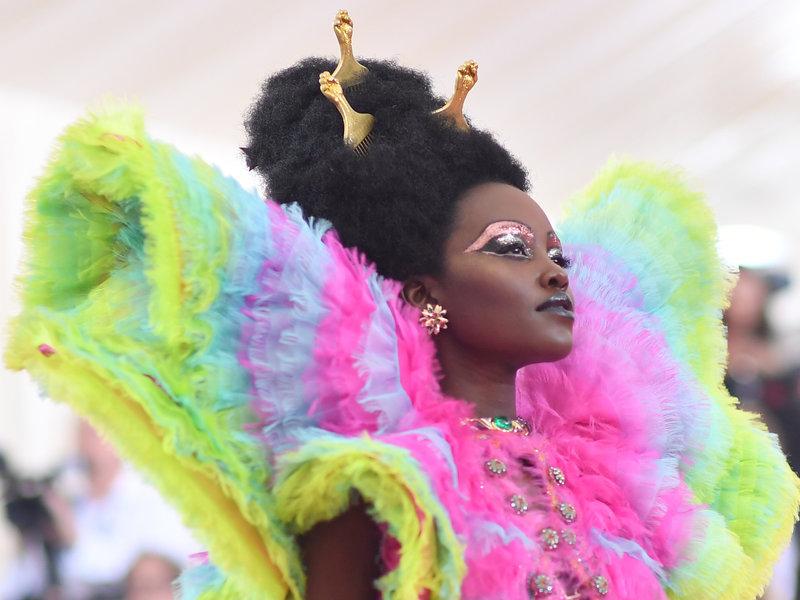 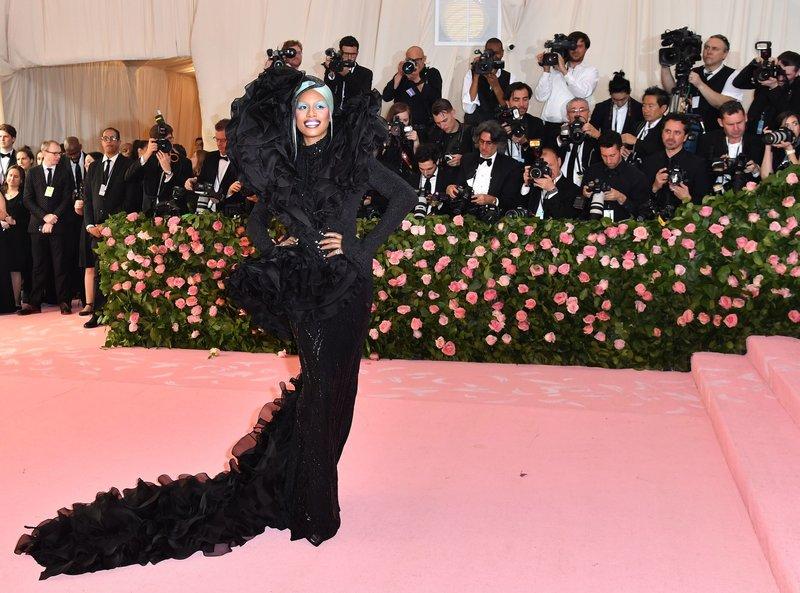 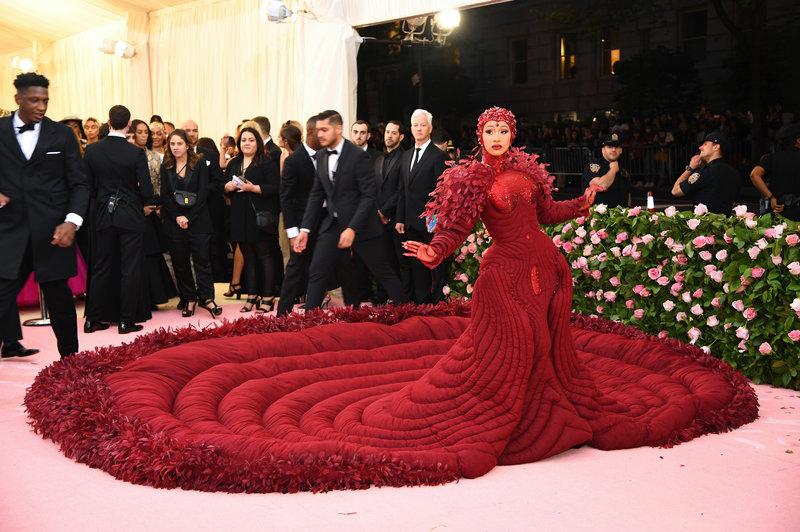 Lena Waithe rocks a custom “BLACK DRAG QUEENS INVENTED CAMP” Pyer Moss tuxedo to the #MetGala. Zoom in to see the “pinstripes,” which are stitched with the lyrics of Diana Ross’s “I’m Coming Out, Gloria Gaynor’s “I Will Survive,” and more. pic.twitter.com/RsaltEVM1m