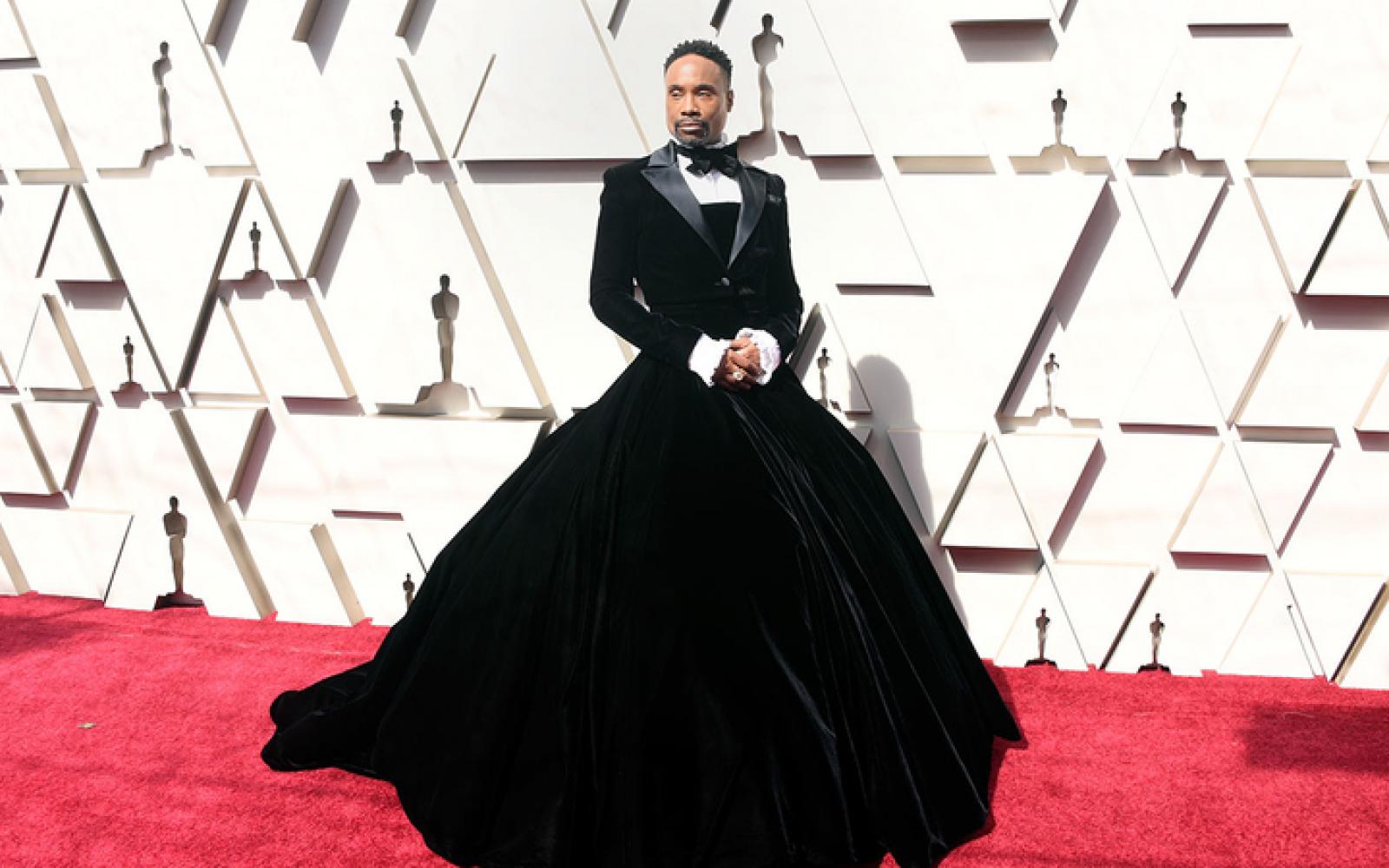 I mean what else would you expect from Billy Porter at this point?

Honestly he's been winning this entire Red Carpet season and shows no signs of slowing down. Often a fashion adventurer, the stage performer, singer and actor stood tall and proud in a bombshell velvet tuxedo gown created by Christian Siriano. There was a bow tie, ruffle-cuff white shirt and classic tuxedo jacket on top paired with a strapless full-skirted gown in inky black.

Nobody was more excited than Siriano himself. He tweeted the look as soon as Porter hit the carpet.

Shutting the carpet down In a Siriano velvet tuxedo gown! #billyporter at the #oscars @theebillyporter pic.twitter.com/7PaSPJkRi2