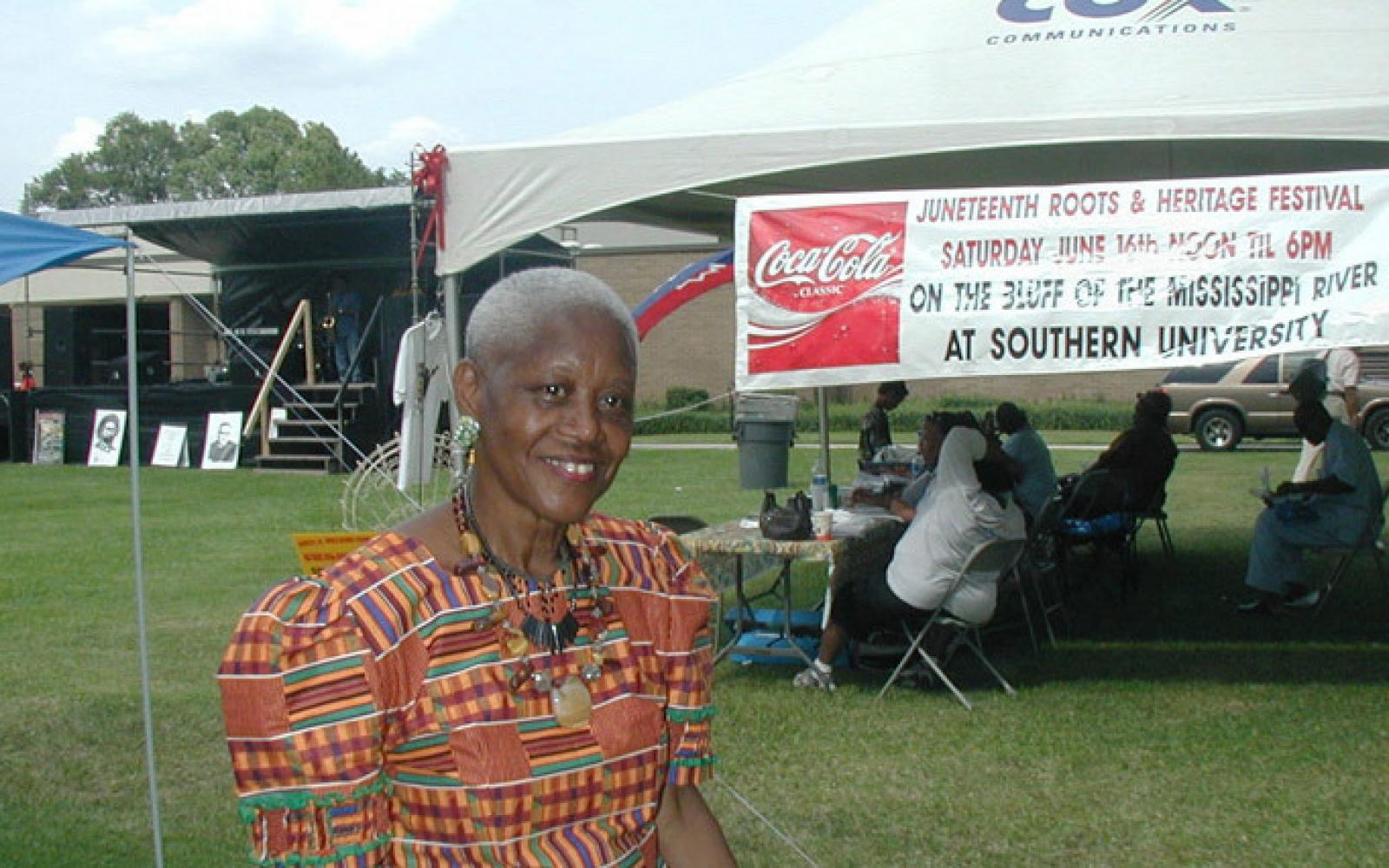 Police say they are searching for the "person or persons" responsible for the death of Sadie Roberts-Joseph, a prominent community activist in Baton Rouge, La., and the founder of the city's African American history museum.

Roberts-Joseph, 75, was discovered on Friday afternoon in the trunk of a car about 3 miles from her home. Police did not explain what led them to the car where they found her body. According to The Associated Press, investigators are waiting for a coroner to determine the cause of death.

Roberts-Joseph was a respected civil rights leader in Baton Rouge. In 2001, she founded the Odell S. Williams Now & Then African American Museum, which features exhibits of African art and tells the stories of minority inventors. It also includes displays of historical artifacts from the civil rights era, including a 1963 bus used during the civil rights boycotts in Baton Rouge.

Roberts-Joseph was also the founder of the nonprofit organization Community Against Drugs and Violence, and each year, she organized a Juneteenth celebration, a commemoration of the emancipation of slaves in the American South.

"We have to be educated about our history and other people's history," she told The Advocate newspaper in 2016. "Across racial lines, the community can help to build a better Baton Rouge, a better state and a better nation."

Roberts-Joseph's sister, Beatrice Johnson, told The Advocate that Roberts-Joseph had come to her house, which was two doors away, last Friday because "she had mixed some cornbread, but her oven went out, and she brought it here to put in the oven."

"The bread is still there," Johnson said. "She never came back to get it."

In Baton Rouge and across social media, the news of Roberts-Joseph's death prompted an outpouring of grief and remembrances.

"She was one of the last black oral street historians of Baton Rouge and dedicated her life to telling the story of freedom fighters in my hometown with the most beautiful art," wrote one Twitter user. "Rest in Power, Miss Sadie. You didn't deserve this."

In a post on Facebook, the Baton Rouge Police Department wrote, "Ms. Sadie was a tireless advocate of peace in the community. We had opportunities to work with her on so many levels. From assisting with her bicycle give away at the African American Museum to working with the organization she started called CADAV. (Community Against Drugs and Violence) Ms. Sadie is a treasure to our community."

The post added, "Our detectives are working diligently to bring the person or persons responsible for this heinous act to justice."