On again off again partners Knockout and Fame have had a rough relationship so far.  First they broke up two weeks after the debut of a reality series showcasing their relationship debuted, and now Fame is saying that after a big fight, Knockout stabbed him.

Fame has been posting to twitter all afternoon.  Our source summed everything up by saying:

Knockout took the pics down quickly

Knockout then went on about Fame being abusive to him, claiming Fame broke his phone and they've fought before a few times.

After the Twitter fight, Fame went to Knockout's home and according to Fame, Knockout IMMEDIATELY came outside with a knife and cut him.

Knockout said Fame has been abusive and is always trying to fight him. According to Knockout, Fame went there to fight him and that's why he had the knife.

We will keep you updated. 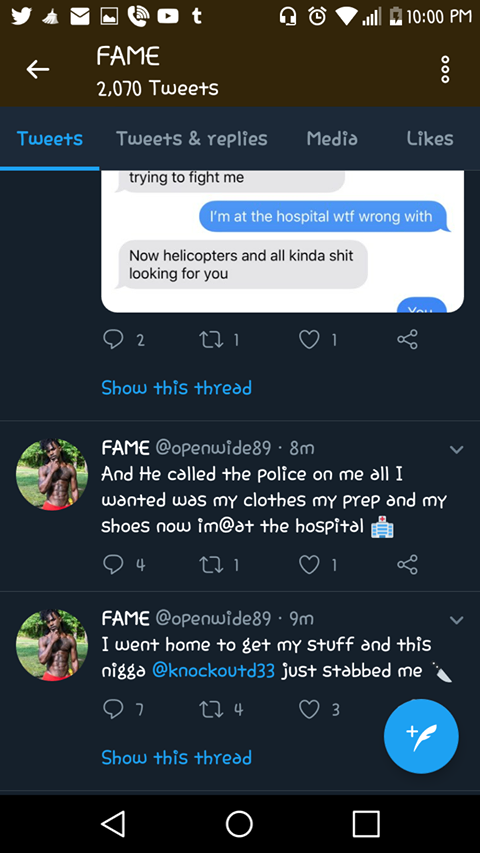 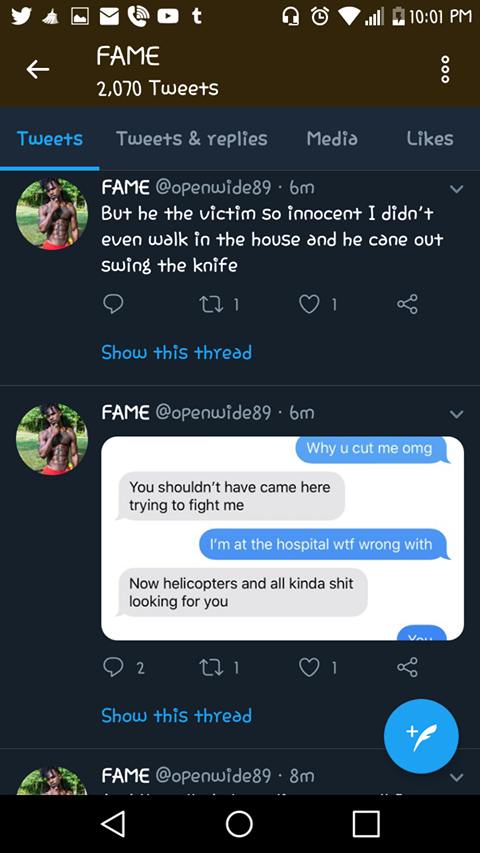 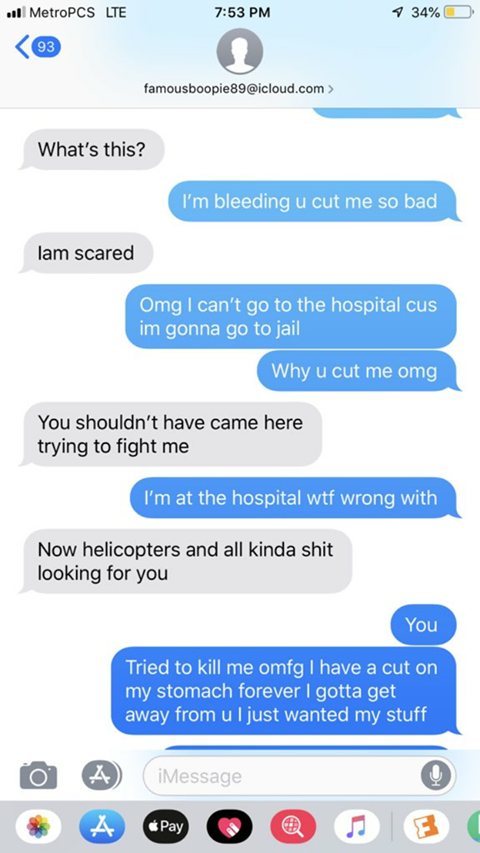 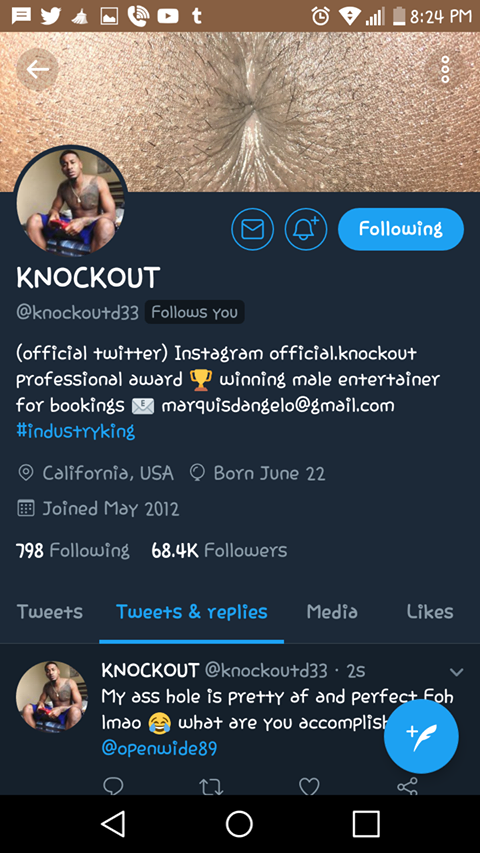 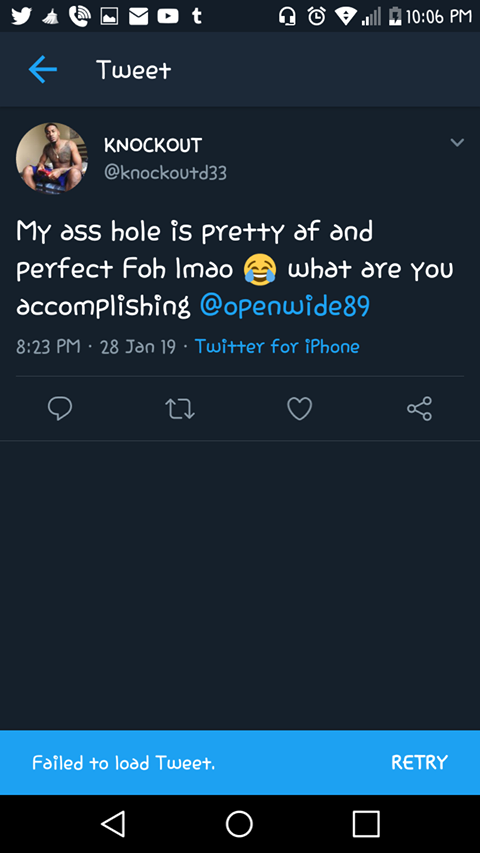 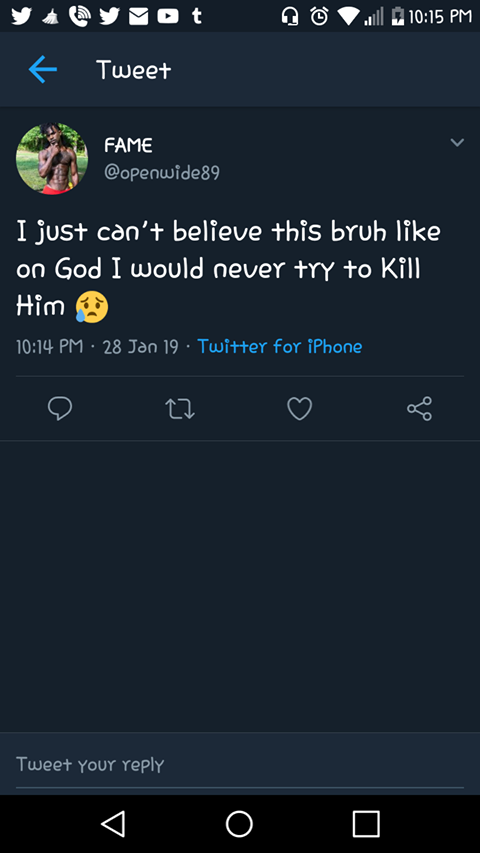 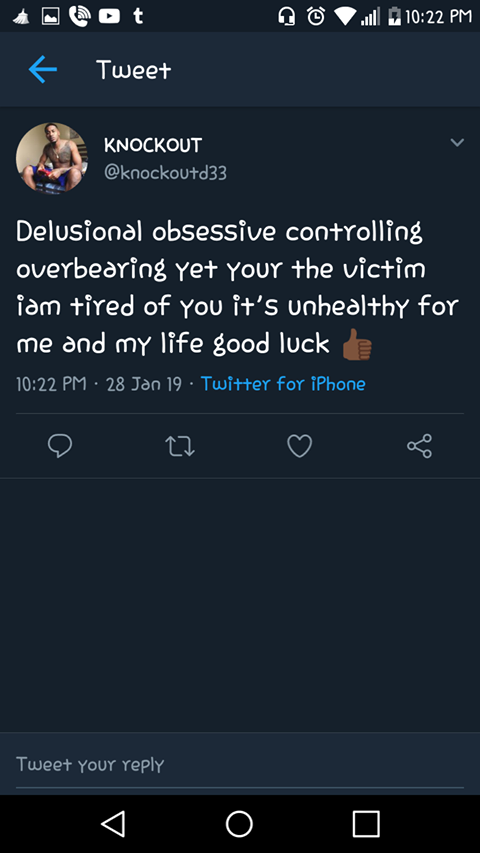 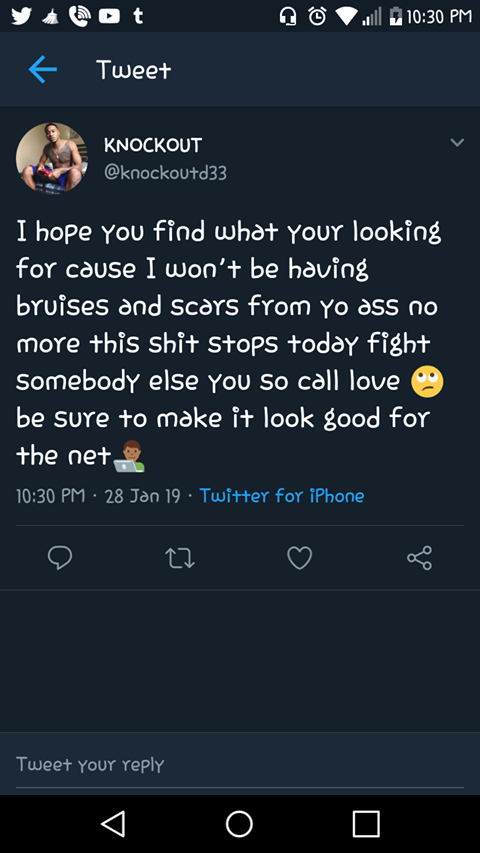 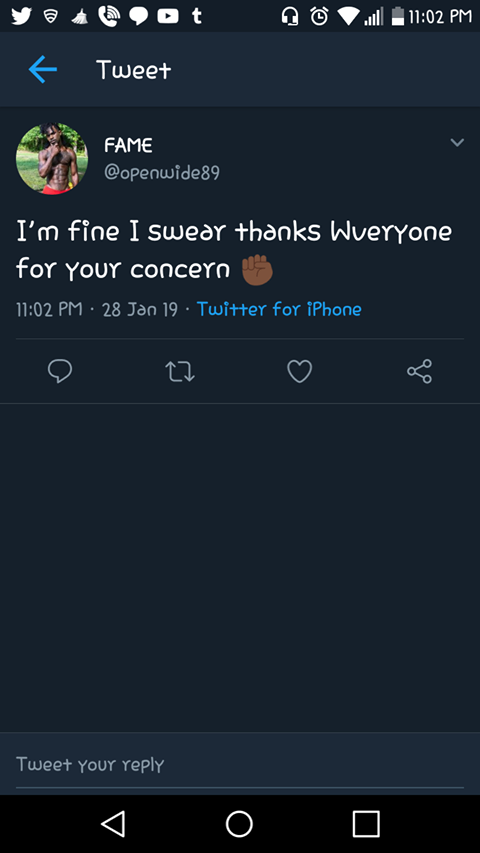