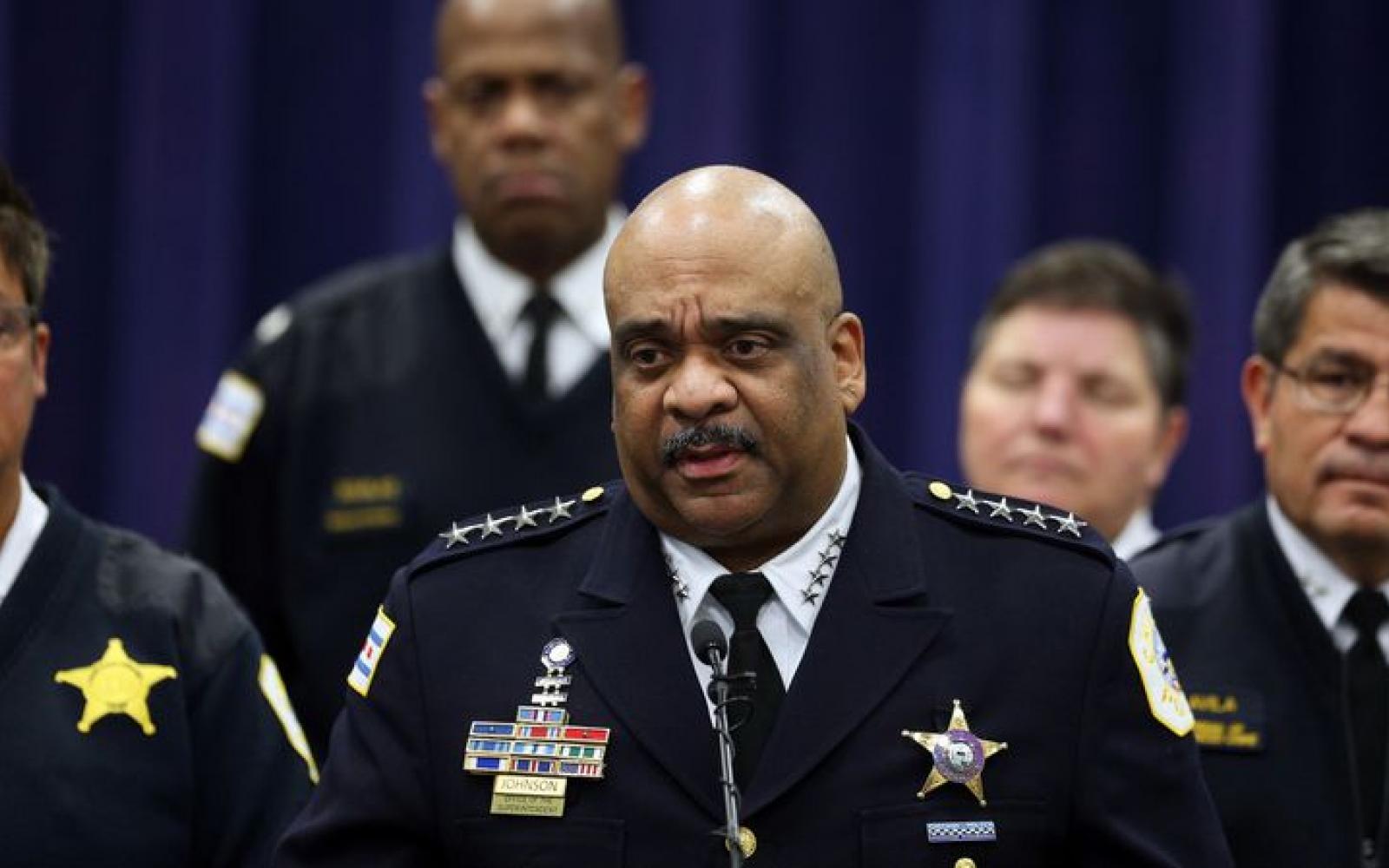 Lightfoot said an investigation into the incident in which Johnson was reported asleep in a vehicle revealed “actions that are intolerable for any leader.”

She said there is additional information about Johnson’s conduct that she is not revealing “out of deference to his wife and children.”

Sources told WGN Johnson did not notify department leaders of his firing before the mayor went to the microphones to announce it.

“Today, I am announcing that I have terminated Eddie Johnson’s employment with the City of Chicago, effective immediately. Upon a thorough review of the materials of the Inspector General’s ongoing investigation, it has become clear that Mr. Johnson engaged in a series of ethical lapses that are intolerable. Mr. Johnson was intentionally dishonest with me and communicated a narrative replete with false statements regarding material aspects of the incident that happened in the early morning hours of October 17. Had I known all the facts at the time, I would have relieved him of his duties as superintendent then and there.

“Perhaps worst of all, Mr. Johnson has misled the people of Chicago. The 13,400 sworn and civilian members of the Chicago Police Department who work hard every day deserve a leader who they can believe in. In public life, we must be accountable for our actions and strive to do better every day. And to achieve the reform and accountability in the department that we know is urgently needed, we require a leader whose actions reflect the integrity and legitimacy of what it means to be a Chicago Police Officer. I am confident that incoming Interim Superintendent Beck is such a leader, and that both he and the eventual permanent superintendent will serve with honor.”