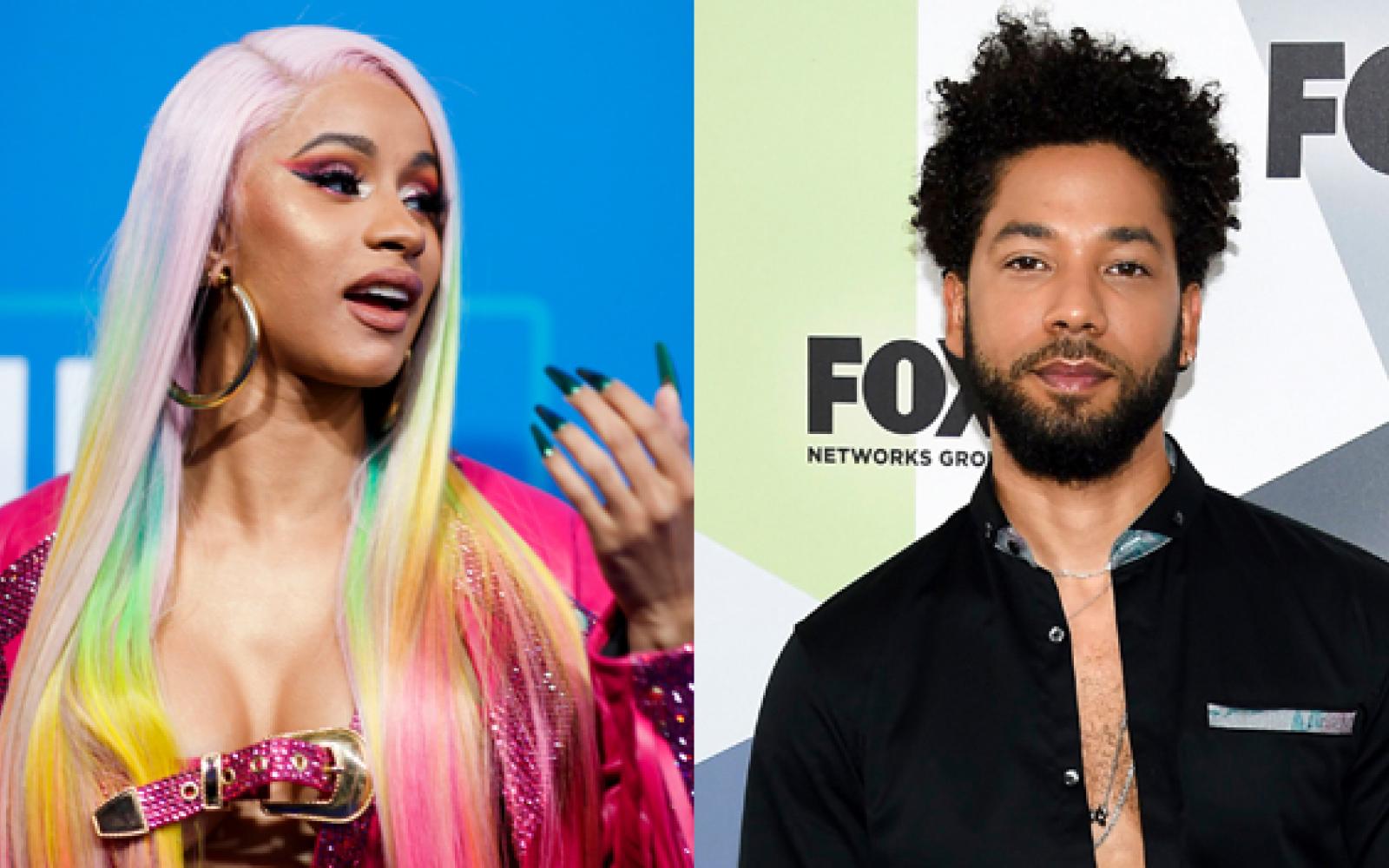 Towards the end of January, it was reported that Empire actor Jussie Smollett was reportedly the victim of an assault during which the attackers yelled racial and homophobic slurs at him. However, it was revealed a few days ago that Chicago police believe Smollett may have staged the attack, which the actor’s lawyers have denied. The situation has left some people uncertain about what to think, and while Cardi B is among that group, she believes he “f*cked up Black History Month.”

On Monday, Cardi B took to Instagram live and said of Smollett, “I’m really disappointed in Jussie Smollett, whatever the f*ck his name is. I’m really disappointed in him. I feel like he f*cked up Black History Month, bro. Damn. […] Until he says out his mouth that it was fake and this sh*t was staged, I don’t want to completely blame him. Because somebody I was talking to said police in Chicago are racists, so they might try to frame him and make him look like he’s a liar. But if he’s not, then bro, you f*cked up for real.”

Earlier this month, Smollett insisted that everything he has said about the attack is true, saying, “I am working with authorities and have been 100 percent factual and consistent on every level. Despite my frustrations and deep concern with certain inaccuracies and misrepresentations that have been spread, I still believe that justice will be served.”

Cardi B gave her opinion on the Jussie Smollett case on Instagram live. (1/2) pic.twitter.com/6AYU7cT5nL