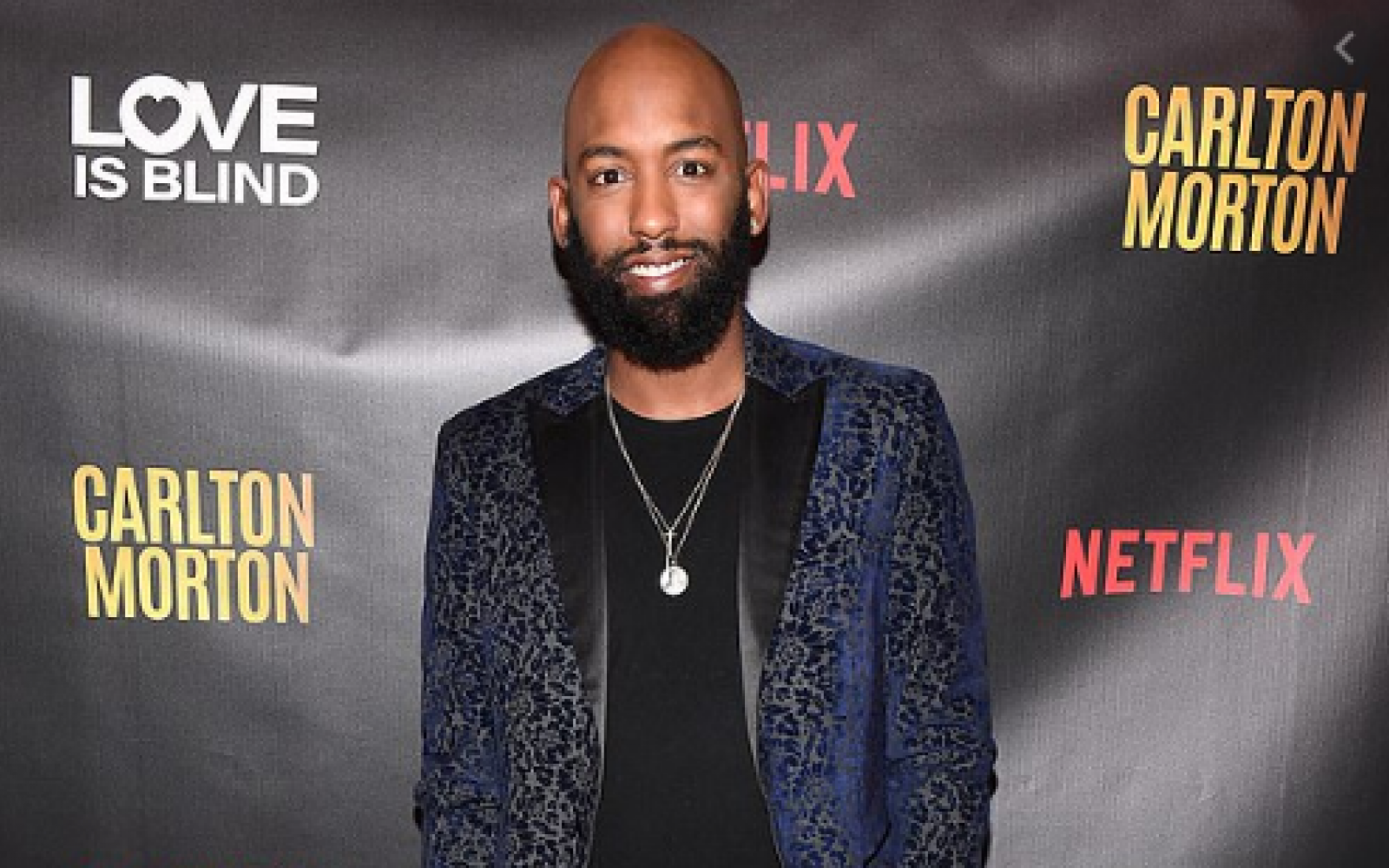 The reality star, who had previously appeared on Real Housewives of Atlanta, admitted in a brief chat to TMZ that online trolls had been sending him death threats after the Netflix series aired, which had caused him to struggle with his mental health.

When asked to send a message to his fans, he said: ‘I want them to know that I’m dealing with this the best that I can.’ ‘Obviously, every day is new,’ he added.

‘Waking up to death threats in my DMs, social media comments. Just feeling, again, like I have to rally behind myself constantly,’ Speaking in his hometown of Atlanta, Georgia, Carlton added that he felt ’embarrassed’ that an emergency call was placed to his home – following messages online that sparked concern for his well-being from fans.

‘I’m OK, I had a very tough day and some people apparently wanted to check on me – and that’s all I can say about it right now. It’s kind of embarrassing,’ he said. ‘I just feel like the world hates me right now.’ However, after the worrying posts he is now going to therapy sessions in order to help his mental health.

‘[Mental health] It’s very important,’ he said. ‘I feel like therapy is everything and it’s something that in the black community that we don’t really talk about. ‘So it’s very important right now to go to those types of sessions.’

Carlton reunited with his Love Is Blind co-stars two weeks ago to film the reunion special, where he was seen clearing the air with his ex-fiance, Diamond, after their unceremonial split on camera.

Clearing the air once and for all, Carlton gave Diamond back the ring he proposed to her with as a sign of their friendship going forward.

He also defended her after she was labelled biphobic by trolls online, after a row that caused their split happened after Carlton came out as bisexual.