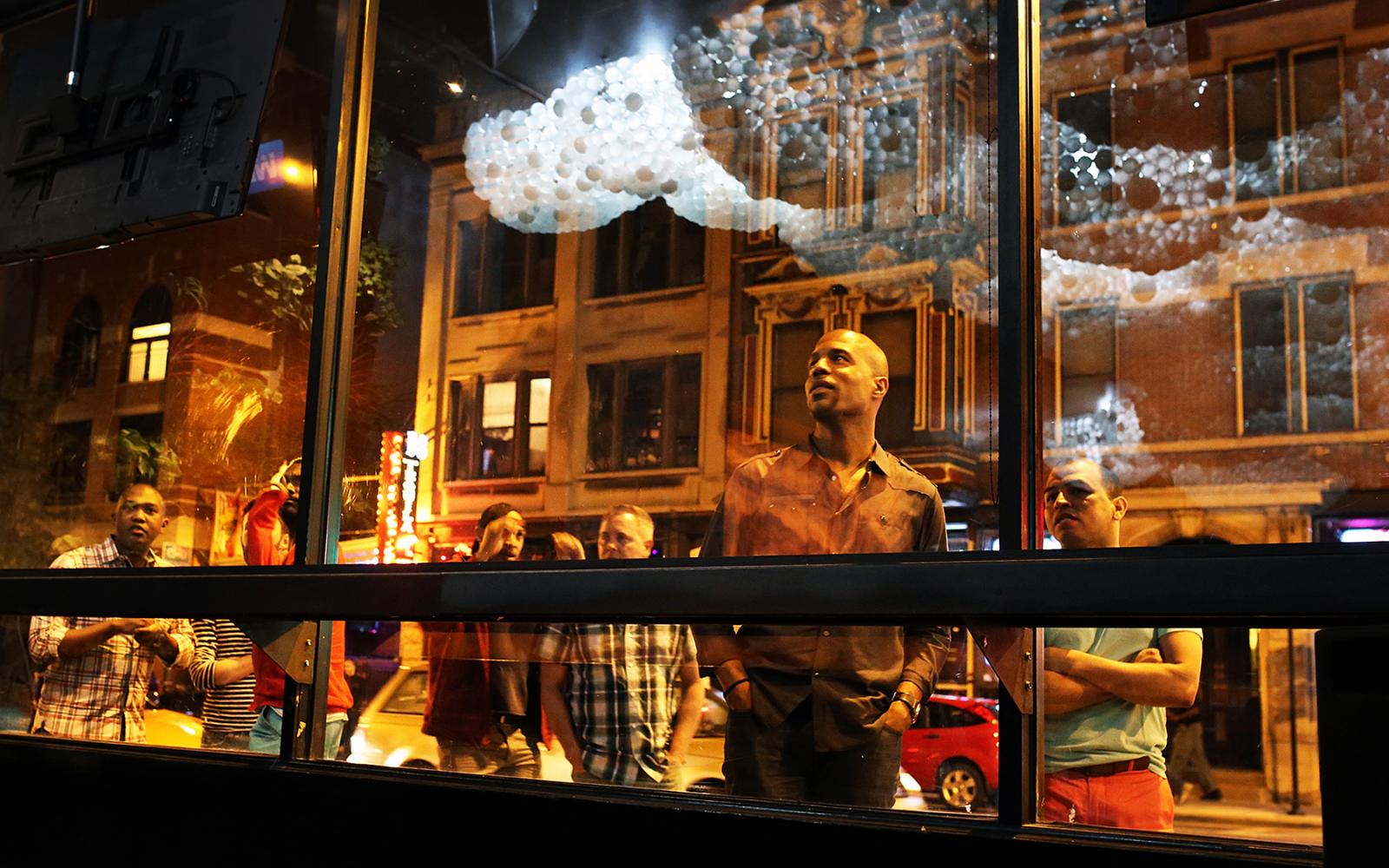 Surprise surprise, another gay club has found away to alienate its black and brown customers.  If the owners aren't secretly calling us the NWord, ignoring us at the bar, calling us violent or imposing dress codes, they are limiting the type of music being played. In an email leaked earlier this week, management told all the DJ's not to play any rap music.

Progress Bar is a gay nightclub that frequently hosts DJs and dance parties and was known for its diversity of music. But on Wednesday night an email from the bar leaked, showing Progress Bar was now banning DJs from playing rap music.

A leaked email from Progress Bar shows how it banned DJs from performing rap.
“This is not a suggestion!! If you play RAP you will not be asked back,” the bar wrote in the leaked email, which was shared on social media.

The email even goes as far as saying not to play any Cardi B or Nicki Minaj.
Anything vulgar, aggressive, or considered mumble rap (including certain Cardi B tracks and newer Nicki Minaj) is off limits.

DJs should tell patrons who ask them to play rap songs about the new rule, the bar’s leadership wrote. They also noted there will be security near the DJ booth to “help with this transition.”

The change was slammed online, where critics said the bar was trying to push out black customers and other people of color.

“This is f—ing racist as f—,” one person wrote on Twitter. “Progress is frequented by [people of color] and banning rap is basically saying ‘f— you’ to these patrons.”

“I already don’t go to Boystown as it is because of how it caters to the white gays, but Progress Bar was one of the few places that most of us [people of color] could hang out at,” another person tweeted. “It’s sad that even in a neighborhood designated to all gays, they try and push the black ones out.”

They tried to backtrack in the message below but at this point we don't care. 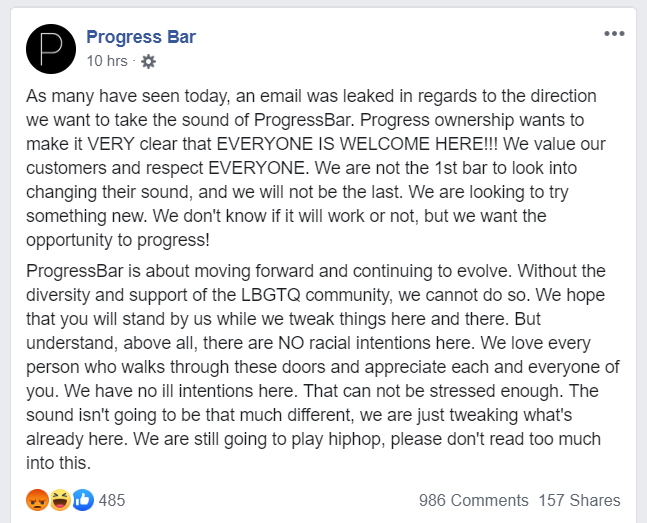 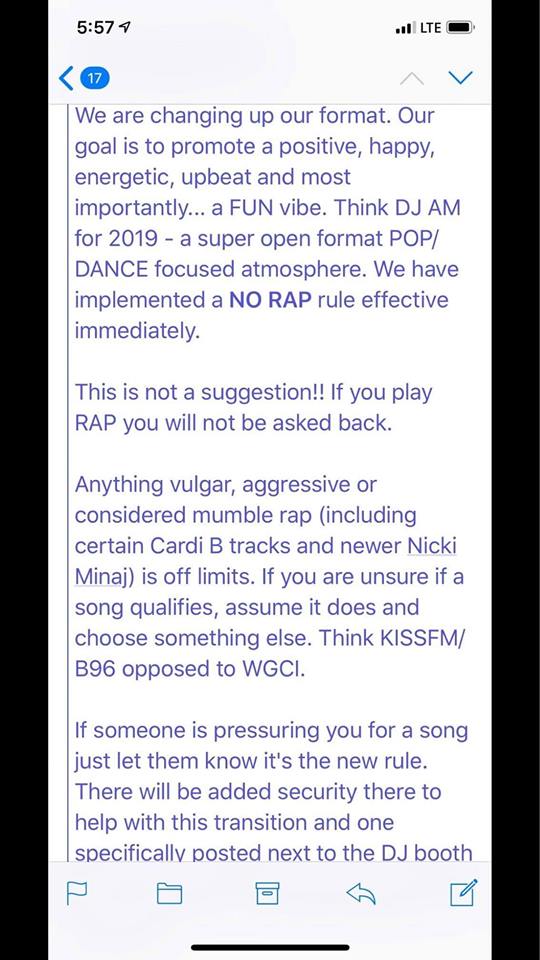