We now know who paid to get dozens of homeless Chicago residents off the streets during historic cold temperatures earlier this week.

CBS Chicago reports it all started with Candice Payne’s first act of kindness, and then it snowballed into “a lifesaving effort by a group of strangers on the city’s South Side.”

On Wednesday many people living in a “tent city” had to abandon the area after a propane tank being used for heat exploded.

Volunteer Candice Payne started it all, “impulsively charging 20 hotel rooms on her American Express card after realizing how dangerous this week’s sub-zero temperatures would be.”

Volunteers Rent 60 Hotel Rooms To Keep Homeless People Off Chicago Streets During Historic Cold
It started with one woman's act of kindness – putting up homeless people in a hotel during this week's dangerous deep freeze. Then it snowballed to a lifesaving effort by a group of strangers on the...

That’s when other volunteers also dug deep into their pockets and picked up the tab for a total of 60 hotel rooms for homeless men and women during the cold snap.

Jermaine and Robert told CBS Chicago that Candice is “their angel.”

“We don’t get that type of help,” Jermaine said. “I really needed them at that point, so they came right in time.”

In all, Payne’s efforts led to the volunteer group being able to cover three nights at the hotel for at least 80 people. 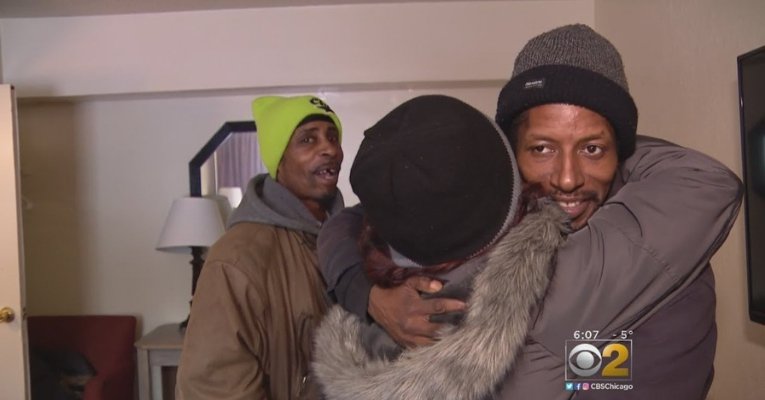