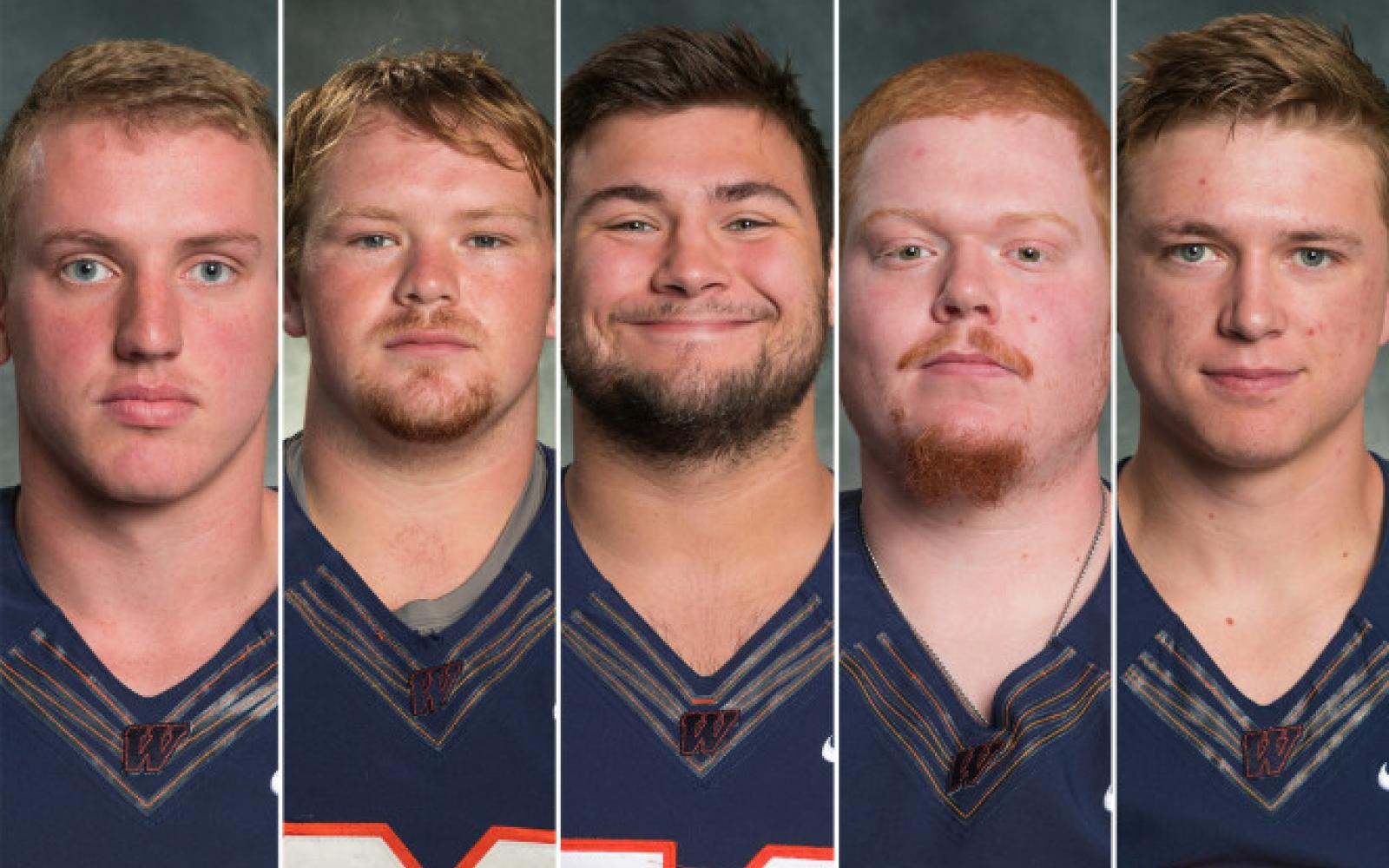 Five football players from from an Illinois evangelical Christian college are facing felony charges after a 2016 hazing incident left one of their teammates restrained with duct tape, beaten, and half naked with two torn shoulders.

James Cooksey, Kyler Kregel, Benjamin Pettway, Noah Spielman and Samuel TeBos, all students at Wheaton College, each had their bail set at $50,000 this Monday. According to the Chicago Tribune, prosecutors charged the athletes with “aggravated battery, mob action and unlawful restraint.”

Although Wheaton police refused to release details of the incident, sources told the Tribune that the victim was watching TV on March 19, 2016, when he was tackled by several of his teammates. When he tried to resist, his legs and wrists were wrapped in duct tape. No students or college staff tried to intervene as was carried out of the building with a pillowcase over his head.

From The Chicago Tribune:

The freshman told investigators that he was placed in the back seat of a teammate’s vehicle and held down by at least two players while others piled into the vehicle. After the vehicle began moving, the players played Middle Eastern music and made offensive comments about Muslims, according to the victim’s account.

At one point, the players suggested to the freshman that he had been kidnapped by Muslims who wanted to fornicate with goats, the teen told investigators. They patted his foot and suggested he would be their “goat” for the evening, the records said.

The freshman told investigators that his teammates restrained him with more duct tape during the drive, pulled down his shorts and underwear, then repeatedly tried to insert an object into his rectum. After the freshman yelled at them to stop, he was beaten, he said.

“This has had a devastating effect on my life,” the victim told the Tribune. “What was done to me should never occur in connection with a football program or any other activity. … I am confident that the criminal prosecution will provide a fair and just punishment to the men who attacked me.”

While the 5 suspects are now facing legal justice, some are wondering why the school took so long to act. Writing for The Friendly Atheist, Hemant Mehta pointed out that the school sat on the allegations for over a year and only meted out a punishment that involved 50 hours of community service and an 8-page essay explaining their actions.

“They reportedly assaulted, kidnapped, and sodomized a student,” Mehta writes. “Maybe two of them. And all they had to do so far was write a goddamn essay and do some volunteer work. Their punishment was something many college students do on their own already.”

“It’s even worse when you realize Wheaton would kick students out in a heartbeat if they were caught kissing their same-sex partner goodbye after a date,” Mehta continued. “Hell, just a few months ago, when a gay pride flag appeared in Wheaton’s dining hall, it was taken down almost immediately. It shouldn’t have been up there in the first place, but the point is the school knows how to act quickly when there’s a ‘problem.'”