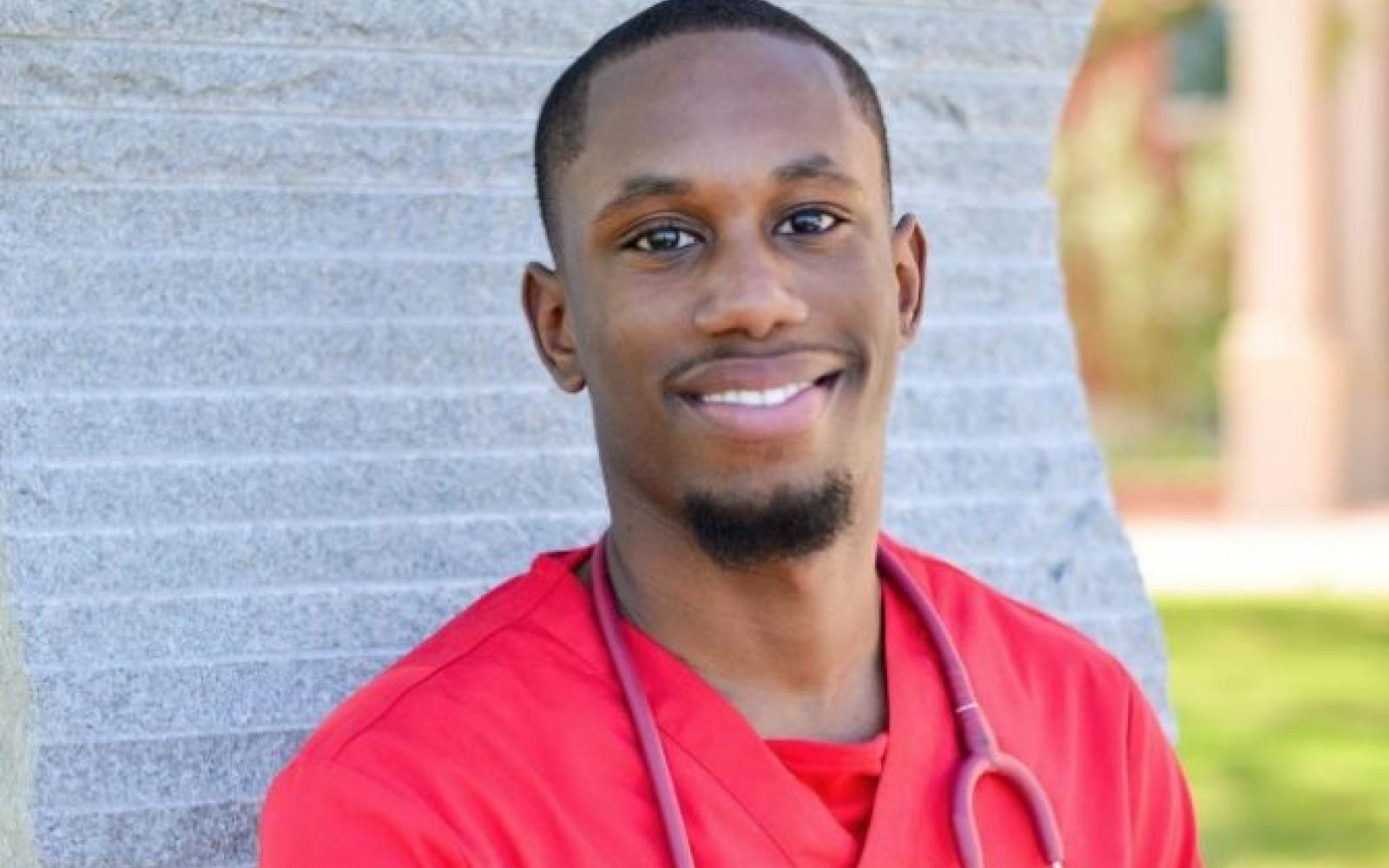 HOUSTON, Texas (KTRK) -- The driver will now face murder charges in connection with a bar fight that ended with a man getting run over.

The incident happened outside Bayou City Bar and Grill in Montrose.

Edwin Lopez buried his face in his hands the moment police told him his best friend, Jared Jacobs, didn't make it.

Lopez and Jacobs left the bar around 2 a.m. when he says out of nowhere a car plowed through the crowded parking lot.

Lopez's friend was one of three people rushed to the hospital.

"He couldn't speak to me but he was, I could feel him breathing," said Lopez.

According to officials, Jacobs died from his injuries at the hospital.

"He just graduated from Lamar University. We decided to go to college, make something of ourselves and we decided to come out and just have fun, you know and then this happened," said Lopez.

The silver car used in the incident belongs to Caltrell Jones. He wasn't driving at the time. His best friend Cordale Robinson was.

"I don't think he was intentionally hitting people, no," said Jones.

Jones says some guys jumped his friend first and he was just trying to get away.

"He lost his phone in the club. He asked a couple people, 'Have you seen my phone?' and I guess they didn't like the way he asked. So, when we left the club, that's when they approached him, 'So, what were you saying the club?' And then they jumped him," said Jones.

For a night that started out so carefree, people on both sides of the chaos are shocked. It ended in such pain and heartache.

"I'm sorry that happened to the guy. I really am. But my best friend has good intentions. He didn't do it on purpose," said Jones.

In a statement, Houston Methodist expressed their condolences in regards to the death of the ICU nurse:

"With deep sadness, we learned of the death today of Jared Jacobs, a nurse in Houston Methodist San Jacinto Hospital's ICU, following a tragic incident early Thursday morning in Houston.

"Jared's life was taken after a vehicle hit several people in the parking lot of a Montrose area business. Jared was an eager recent graduate of nursing school who was already an incredible asset to the ICU. His colleagues describe a bright smile and welcoming personality that lifted everyone around him.

"Jared, 25, began his nursing career as a new graduate nurse in the ICU and participated in the summer 2017-'18 Nurse Residency Cohort. He quickly became an invaluable member of the ICU staff because of his superb nursing skills and dedication to his patients. His eternally positive outlook and wonderful sense of humor made him a favorite of patients and co-workers alike.

"At times like this, the Houston Methodist San Jacinto Hospital family must hold each other up and keep Jared's family in their thoughts and prayers."