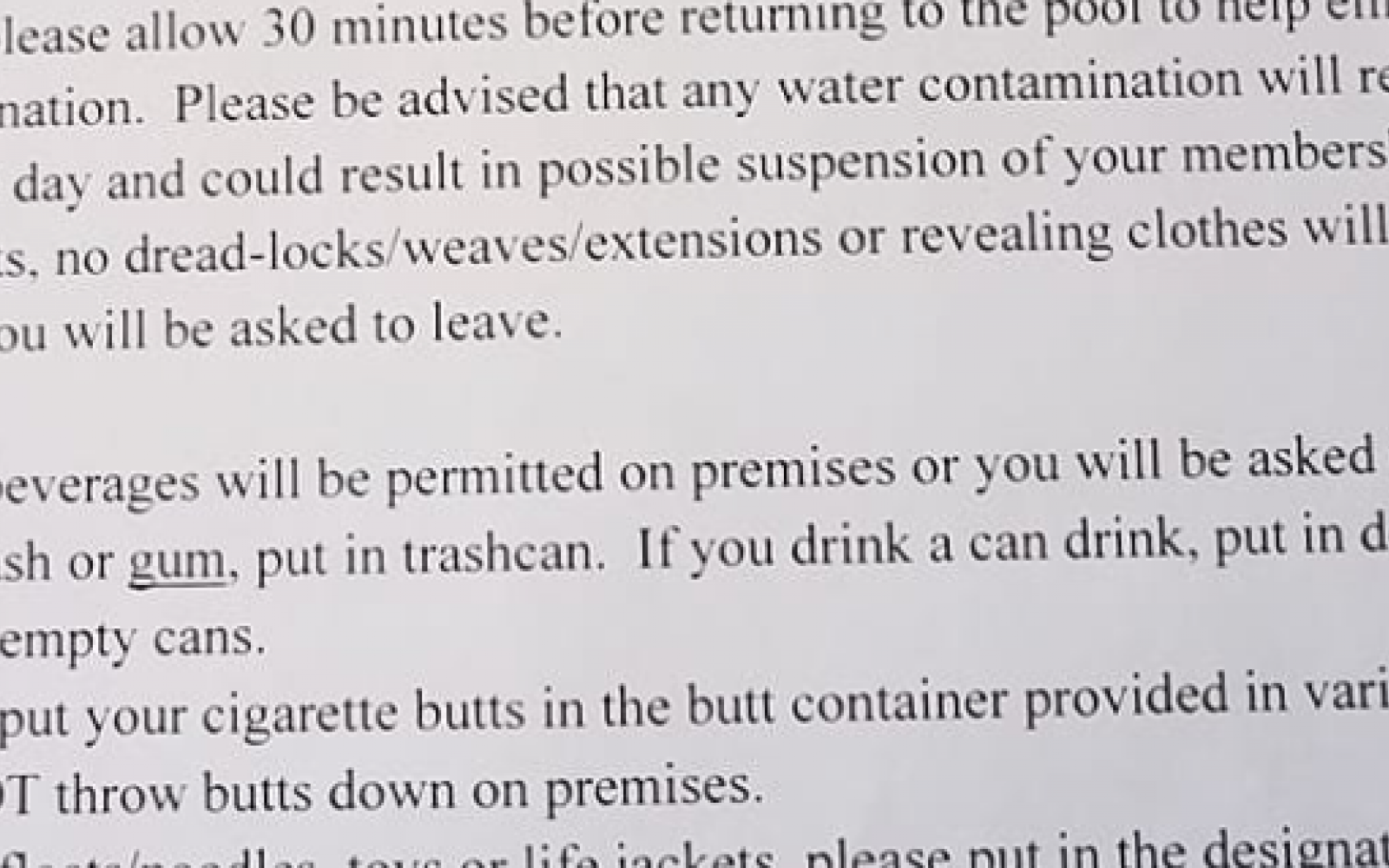 Today in policing black bodies, a community pool and its manager are under fire for post banning dreadlocks, weaves and baggy pants.

"The Outdoor Recreation Center of Wendell has denied accusations of racism following a June 7 post on its Facebook page outlining its rules for the summer.

Rule 7—sandwiched in between telling members to wait thirty minutes after eating to swim and telling them not to swear—says that no “baggy pants, dread-locks/weaves/extensions or revealing clothes will be permitted or you will be asked to leave.”
Expand

The post, which has since been deleted, had more than a thousand comments by this morning, many saying that rule targeted African Americans.

“Y’all just keep forgetting that we are not our great grandparents,” says one. “We stand up when we’re disrespected and shut down businesses. Ole racist rasses.”

Before deleting the post, however, the social media account tried to defend it: “First of all ORC IS NOT racist nor [are] the Freeman’s [sic] that own it. … The reason for our ‘NO hair attachments’ policy is because the [certified pool operator] Class told all businesses DO NOT allow hir [sic] extensions your [sic] pool because if any pieces get in the strainers and into the pump it is an automatic shutdown of 3 days or more. … You would be surprised how much regular hair gets in the strainers.”

Numerous posters responded that there are different types of hair extensions, that dreads don’t equal fake hair, and that if this really were the issue, the pool could ask swimmers to wear swim caps.

In a brief apology post, the ORC of Wendell seemed to walk back the ban on dreadlocks, but it didn’t mention weaves or extensions. “Due to ignorance of the meaning of the word dread-locks, ORC rules should have stated NO artificial hair. ORC apologizes for anyone we have offended,” the post read." 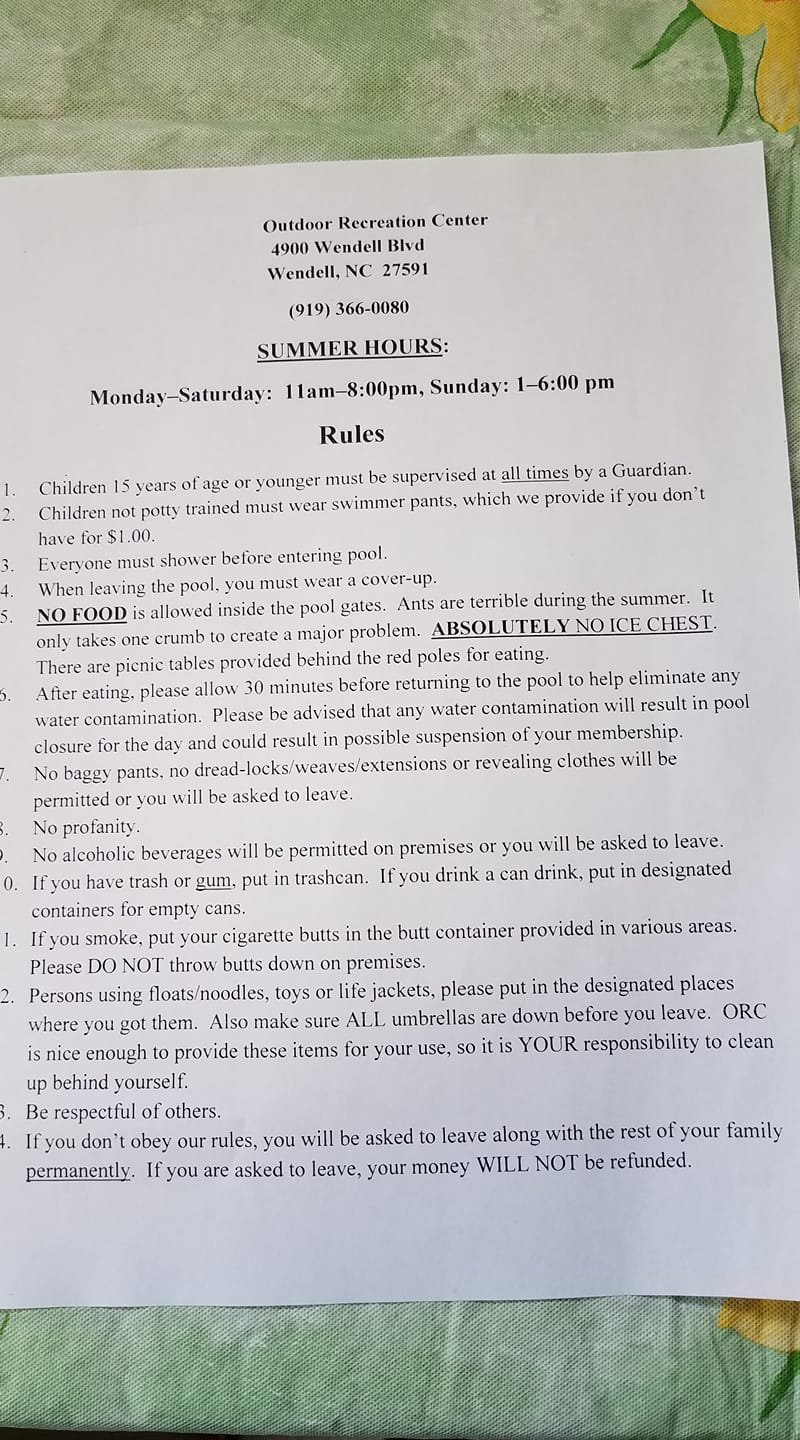