Couple Gets Married During Coronavirus Pandemic As Guests Watch From Home 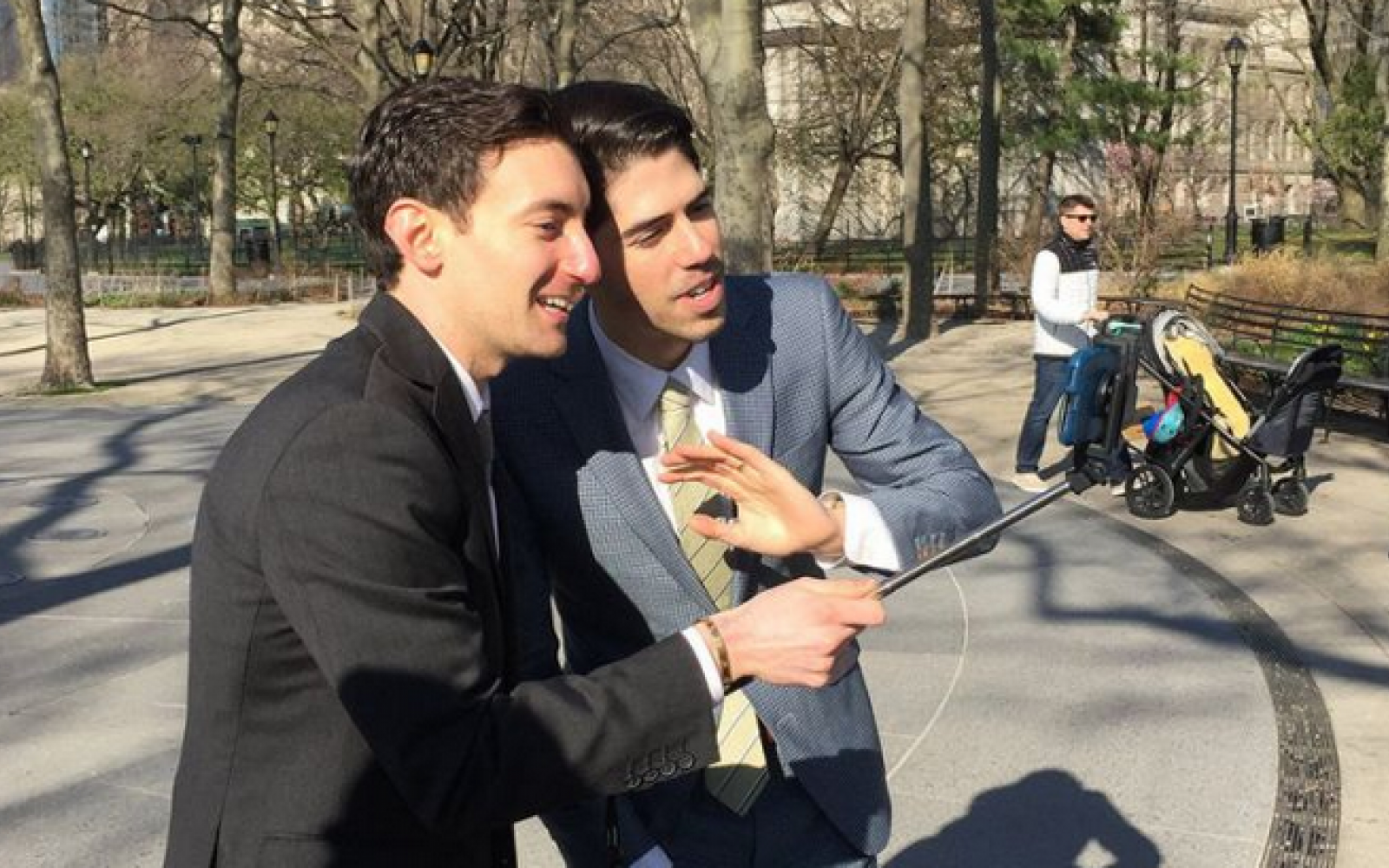 When the coronavirus outbreak threatened their wedding day, one New York City couple got creative to make sure their loved ones could watch them say “I do.”

Alex Fishman and Anthony Shirk, both 29, were slated to get married on Saturday at the Roundhouse in Beacon, New York.

But as the coronavirus became more and more widespread, they made the tough decision to postpone their bigger ceremony and reception until November out of concern for the safety of their guests.

Still, having been engaged for a year and a half was more than enough time for the couple, who knew they didn’t want to wait any longer to tie the knot — and so they did, with their close friends and relatives watching the intimate ceremony via Zoom, a video conferencing platform.

“We feel at ease now being a married couple and hopefully providing our families and friends with at least a little bit of happiness during these couple of weeks that have been very challenging,” Fishman tells PEOPLE.

Fishman says that though he and Shirk were initially disappointed at having to push back their nuptials, the couple — who met on the dating app Hinge in 2014 — took the unexpected plot twist in stride, and were happy to be able to celebrate virtually.

Fishman estimates that about 15-20 people, mainly immediate family members and close friends, logged on to watch their wedding, which took place in Battery Park, within walking distance from their home in the Financial District.

Four friends (“All socially distant!” says Fishman), as well as their officiant, were able to join the ceremony in person.

“We wanted to maintain the excitement for the November date, because we didn’t exchange vows,” Fishman says of limiting the number of virtual guests. “We’re saving those for the big day.”

The couple was supposed to jet off to a honeymoon in San Juan, Puerto Rico after their wedding, though that plan has been put on hold until after their bigger ceremony and reception in November, which will take place at their original venue.

Their base of New York has been a coronavirus hotspot, and as of Monday afternoon, there have been at least 20,875 cases and 125 deaths attributed to the virus in the state, according to The New York Times.