Crowd Cheers As Valedictorian Comes Out During Graduation Speech 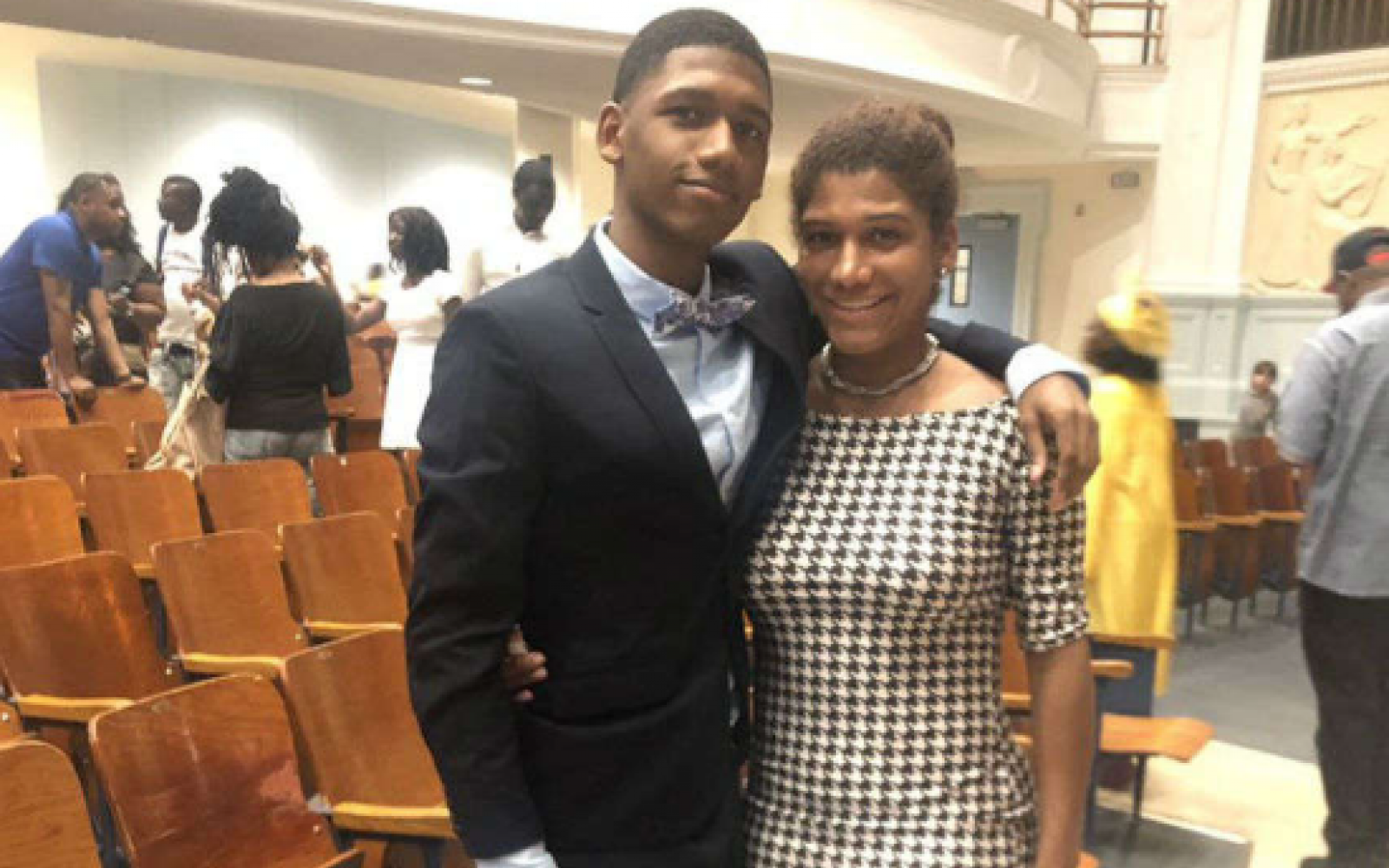 17-year-old Mason Bleu came out as bisexual while making his valedictorian speech at his NYC school’s graduation.

‘So I came out during my valedictorian speech,’ he tweeted. ‘It was definitely the scariest thing I’ve ever done but the reaction was amazing.’

He then added: ‘Thank you to everyone who supported me!’

In the video, Mason talks about being proud of what you’ve accomplished but to ‘always remain humble’.

‘I’ve struggled to be proud of something all my life,’ he said in the speech. ‘Since I’m preaching about being proud today, it’d be hypocritical of me to continue hiding.

‘For a long time, I have struggled with my sexuality. I’ve dodged it and ignored it because I wasn’t proud of who I am. But today I’m changing that.

‘I’m proud to be a bisexual man,’ he revealed.

As soon as the words left his mouth, the audience erupted into cheers and applause. Then members of his graduating class in the audience, as well as faculty on stage, gave him a standing ovation.

Mason then continued: ‘I’ve struggled with being proud of myself for a long time because I was afraid that no one else would be proud of me and for me.

He finished the speech: ‘Thank you so much and happy Pride!"

He then added: ‘I know what it feels like to be closeted and think that no one else is like you but trust me you’re not alone. I played basketball, baseball, football, and am pretty masc [and] black. I felt like a total outcast.

‘With that being said, you’re not alone,’ he said.

He also later tweeted: ‘Okay now that I’m out I can finally say this. I want a sugar daddy cause college is expensive!’

Mason said he didn’t come out earlier because he thought it would negatively impact on his future acting career.

Then he revealed: ‘I finished filming my first movie two weeks ago and being on set was the most amazing feeling ever. Then I realized, I didn’t wanna grow without uplifting others as well.’

So I came out during my valedictorian speech. It was definitely the scariest thing I’ve ever done but the reaction was amazing. Thank you to everyone who supported me! #Pride2019 #LGBTQ pic.twitter.com/u8ih03NTJd