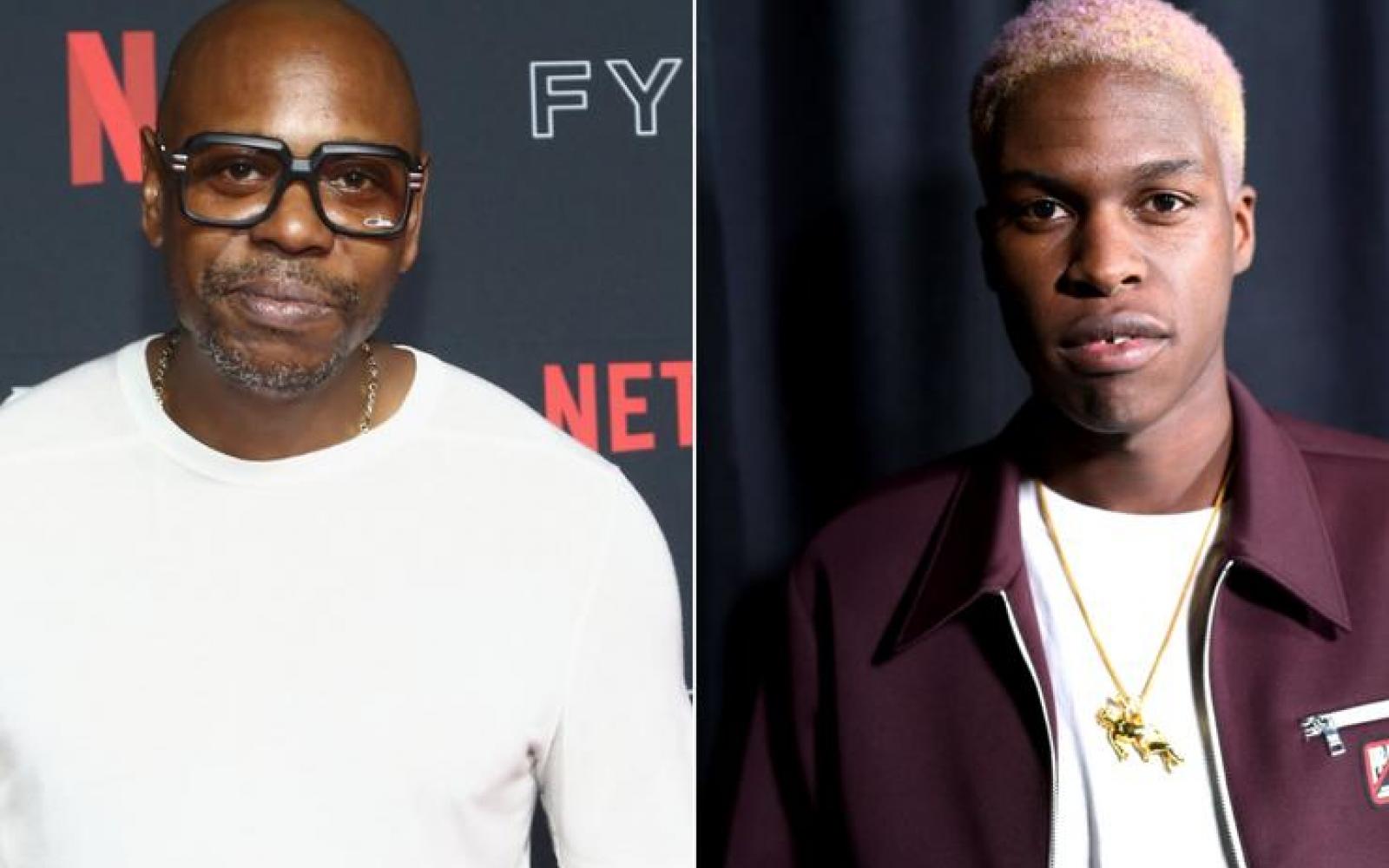 Dave Chappelle referred to Daniel Caesar, who was in the same room, as "very gay" on John Mayer’s Instagram Live show Current Mood. "Huh? Oh, I’m sorry, did I say that out loud? I’m just kidding," Chappelle said after a stunned Mayer uttered "What?" under his breath.

Chappelle tried to inject some levity into the room with some humor about how he was jealous that Mayer "had other black friends." After that joke bricked, the comedian struck a more serious tone, and called Caesar "amazing."

When Mayer attempted to move the show along by coordinating with Caesar as he stood off-camera, the singer can be heard confronting Dave, asking, "What the f*ck was that?" Mayer tried to diffuse the situation by acknowledging on camera that everyone but him was drunk, but Chappelle couldn’t help but joke that "if I fistfight on your show, I’ll be furious."

Mayer continued to push forward as the mediator in this matter, but he was met with a resounding "No!" from Chappelle when suggesting that the comedian clean up his remark. Even as John sought to reach a resolution between both parties, Dave repeatedly opted to compliment Caesar while defending his right to make the controversial joke because he is a comedian.

Their disagreement took a bizarre turn when Caesar conceded that he was being "sensitive" over Chappelle's remark. The two ended their minor dispute by embracing each other by locking arms. It was one hell of a turn of events. Now go check it out in the video above.