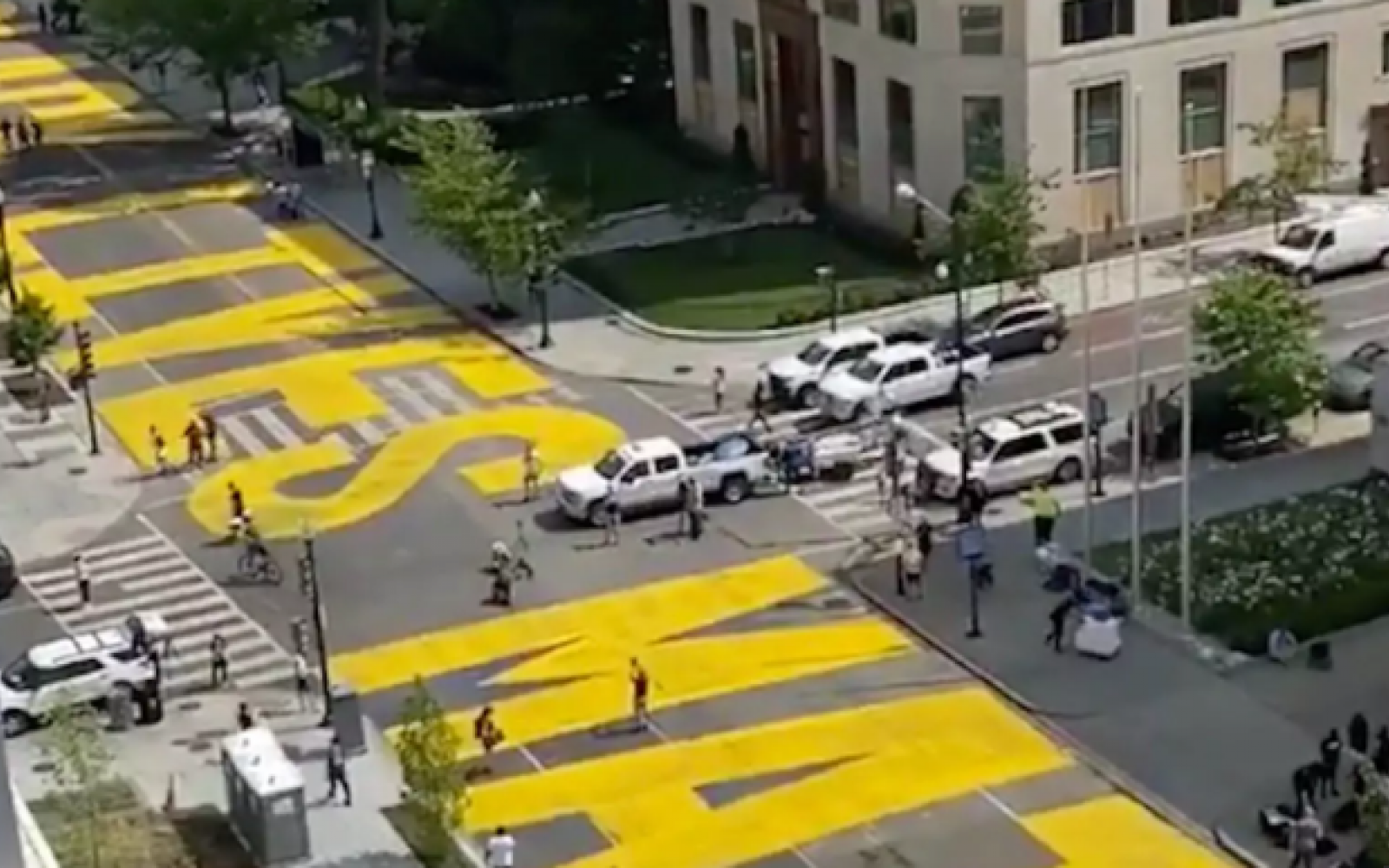 WASHINGTON - D.C. Mayor Muriel Bowser officially renamed a section of 16th Street, 'Black Lives Matter Plaza' Friday ahead of what is expected to be a massive weekend demonstration by the group in response to the death of George Floyd at the hands of Minneapolis police.

The sign was raised in front of St. John's Episcopal Church just blocks away from the White House.

Earlier in the day, a large 'Black Lives Matter' mural was painted along a stretch of road leading to the White House.

In a press conference on Thursday, D.C. Police Chief Peter Newsham acknowledged that the department was aware of plans to hold the weekend demonstrations. "We have a lot of public, open source information to suggest that the event on this upcoming

Saturday may be one of the largest that we've had in the city. We expect that Saturday's demonstration will – like I said – be more of the same. Peaceful demonstrators coming to exercise their first amendment right in Washington, D.C."