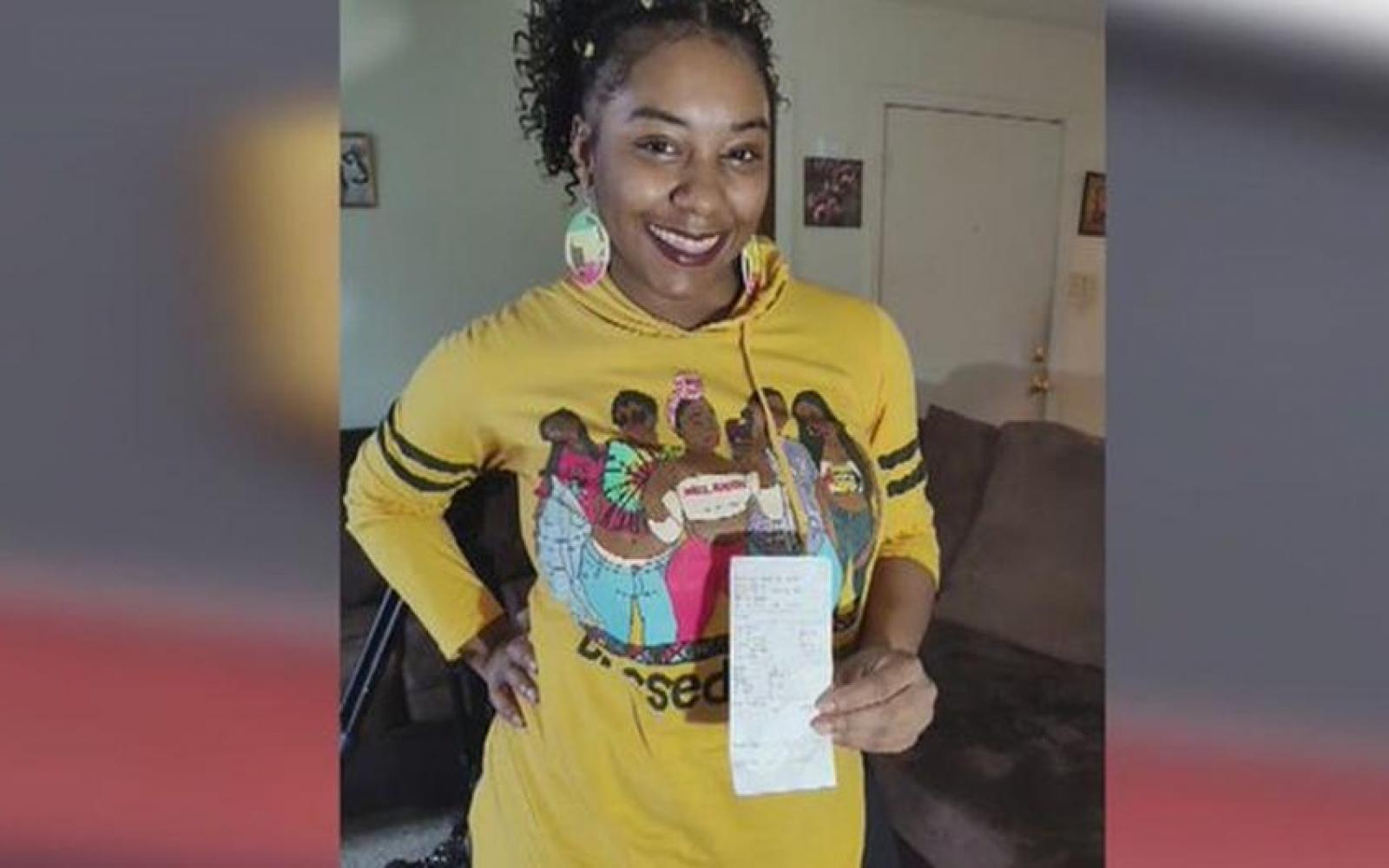 MEMPHIS, Tenn. — A new twist to the story of a Memphis waitress who told news outlets a customer tipped her more than $4,000 in February.

Sources received an email sent by the owner of the Denny’s on Winchester Road that claims the big tip was a mistake.

The email that owner Han Kim confirmed he wrote said the customer didn’t mean to tip the waitress that amount of money.

He said Denny's decided to cancel the purchase to protect the customer.

When FOX13 spoke to Denny's corporate office Monday, they said they are trying to find the guest and verify the tip amount.

“I’m just hurt that they would tell me something like this as a business and as being the owner to tell me that this is the only resolution is to look at if I’m wrong to ask for something I know I deserve,” waitress Shikira Edwards told FOX13 on Friday.

She said the restaurant never gave her the $4000 tip a customer left last month.

Edwards told news outlets her manager told her she has to track down the customer herself to make sure it wasn’t an accident.

“And then you’re going to tell me that it’s my fault that I didn’t get the information on a customer when they left and tipped me. I don’t know who tipped me,” she said.

He confirmed through text Monday that he sent the email to share his side of the story.

According to the email, the owner believes the customer made a mistake by entering a huge tip with their debit card.

Kim said the store manager wanted to protect the guest, so they contacted Denny’s headquarters and decided to cancel the transaction.

Kim said they also planned to contact the guest.

When FOX13 asked Kim for a comment Monday he referred us to corporate.

“Unless and until they can verify that the customer didn’t really intend that tip then that money belongs to the employee,” he said.

University of Memphis Law Professor Steve Mulroy told FOX13 the waitress can sue the company if she doesn’t get her money.

“The employer can't arbitrarily sort of change the rule about how you share the tips or who gets the tips because it’s a big check,” he said.

A Denny’s spokesperson said they are still trying to find the customer and verify the tip amount.