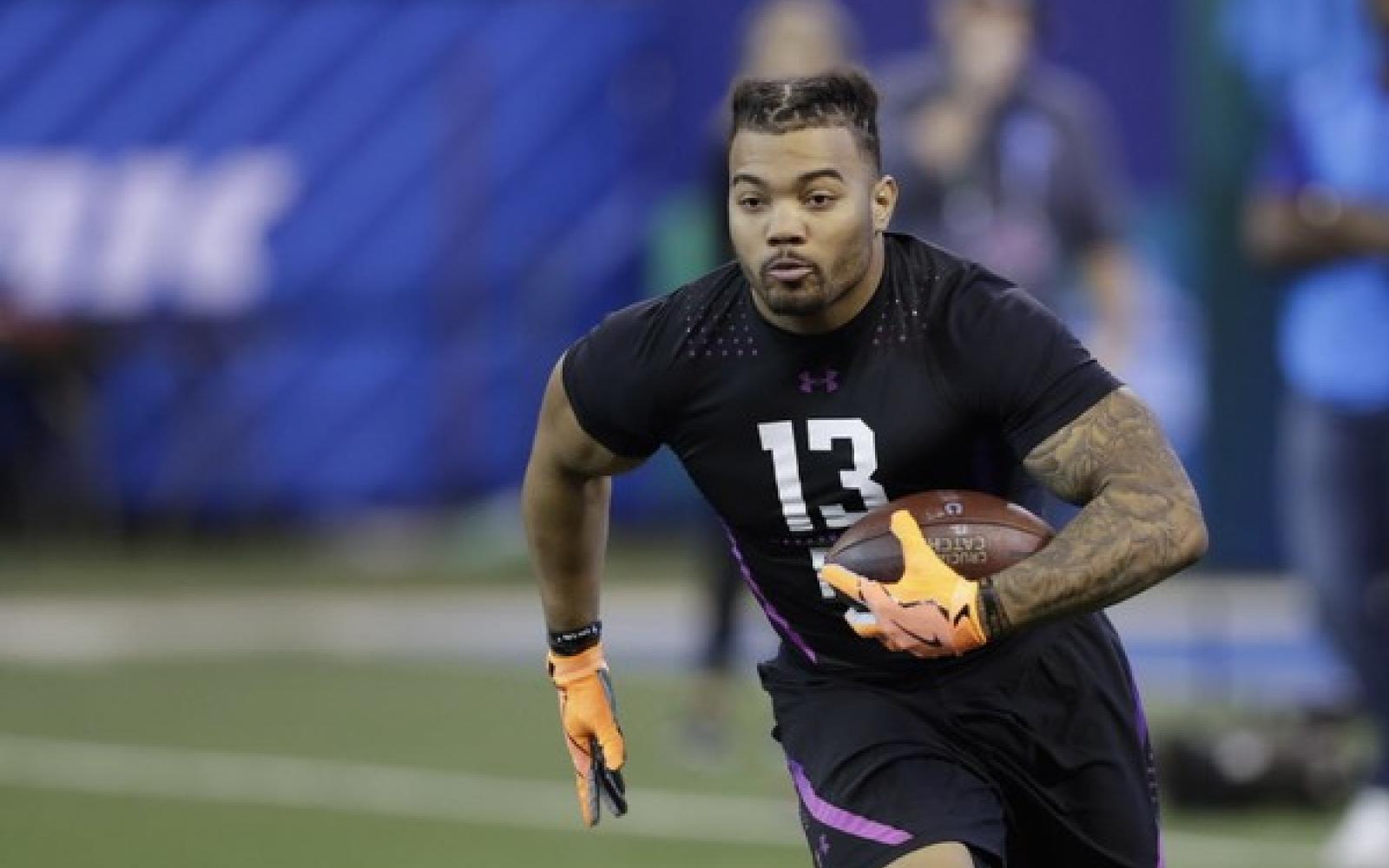 Former LSU running back Derrius Guice said in an interview Wednesday that one NFL team asked about his sexuality and another inquired if his mother was a prostitute at the NFL Scouting Combine that concluded earlier this week.

‘’It was pretty crazy," Guice said in an interview on the SiriusXM NFL show Late Hits. "Some people are really trying to get in your head and test your reaction. ... I go in one room, and a team will ask me do I like men, just to see my reaction. I go in another room, they’ll try to bring up one of my family members or something and tell me, 'Hey, I heard your mom sells herself. How do you feel about that?’ "

Guice said he was told "to come in prepared" for the combine and everything that comes with it.

"It went exactly how everyone told me it would be,"  Guice said. "It’s exhausting. … It was a great experience. You’re being watched and tested the whole time."

NFL spokesperson Brian McCarthy said in an email to USA TODAY Sports Thursday that the league is "looking into the matter."

"A question such as that is completely inappropriate and wholly contrary to league workplace policies," McCarthy said. "The NFL and its clubs are committed to providing equal employment opportunities to all employees in a manner that is consistent with our commitment to diversity and inclusion, state and federal laws and the CBA.

"The league annually reminds clubs of these workplace policies that prohibit personnel from seeking information concerning a player’s sexual orientation."

NFL Players Association executive director DeMaurice Smith told PFT Live on Thursday morning that the team that asked Guice whether he liked men should be banned from participating in the combine.

“Find out what team did it and ban them from the combine,” Smith said on PFT Live. “The question is inappropriate. Questions along these lines are always inappropriate.”

The NFL launched an investigation after the same inappropriate type of question was asked by incoming rookie Eli Apple at the combine two years ago before the former Ohio State cornerback was drafted by the New York Giants.