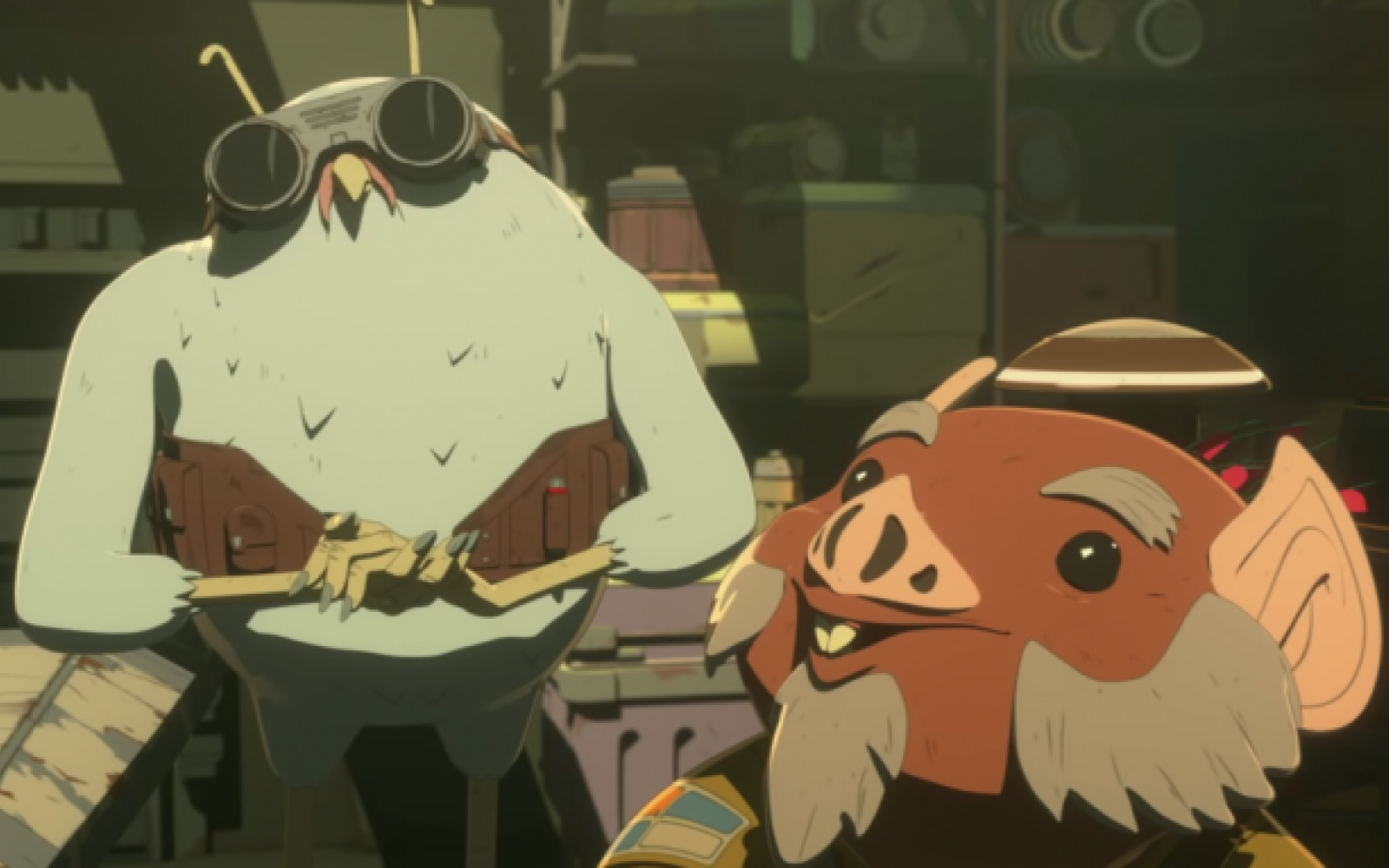 Disney is moving the needle of inclusivity a bit more with Star Wars Resistance as executive producers Athena Portillo, Justin Ridge, and Brandon Auman have confirmed that the characters Orka (voiced by Jim Rash) and Flix (Bobby Moynihan) from the animated series are an openly gay couple.

In an interview on the Coffee with Kenobi podcast, Ridge said they are proud of Flix and Orka’s relationship. This marks the first LGBTQ couple on screen in the Star Wars universe.

The news about Orka and Flix seem to be part of a bigger picture Disney is painting when it comes to representation and inclusion. During Comic-Con in July, in addition to having Natalie Portman play a female Thor, it was announced that Tessa Thompson’s Valkyrie will be looking for “her queen” in the forthcoming Thor: Love and Thunder, making her the first LGBTQ superhero in the Marvel Cinematic Universe. In addition to that, Kevin Feige confirmed that a character from The Eternals will be gay.

The recent history of LGBTQ characters in Disney does not stop there. In Avengers: Endgame co-director Joe Russo played a gay man grieving five years after Thanos’ snap, while in Solo: A Star Wars Story, Donald Glover‘s Lando Calrissian was subtly portrayed as pansexual. There was also a moment in the live-action Beauty and the Beast when Josh Gad’s LeFou is seen dancing with another man in the final ballroom scene which many referred to as a “gay moment” of the movie.

Fans of Orka and Flix gathered that they were a couple in season one of the series in the “Dangerous Business” episode when they said they were off to visit Flix’s mother. Check out the video below.

Star Wars Resistance is set to debut its second and final season on October 6.