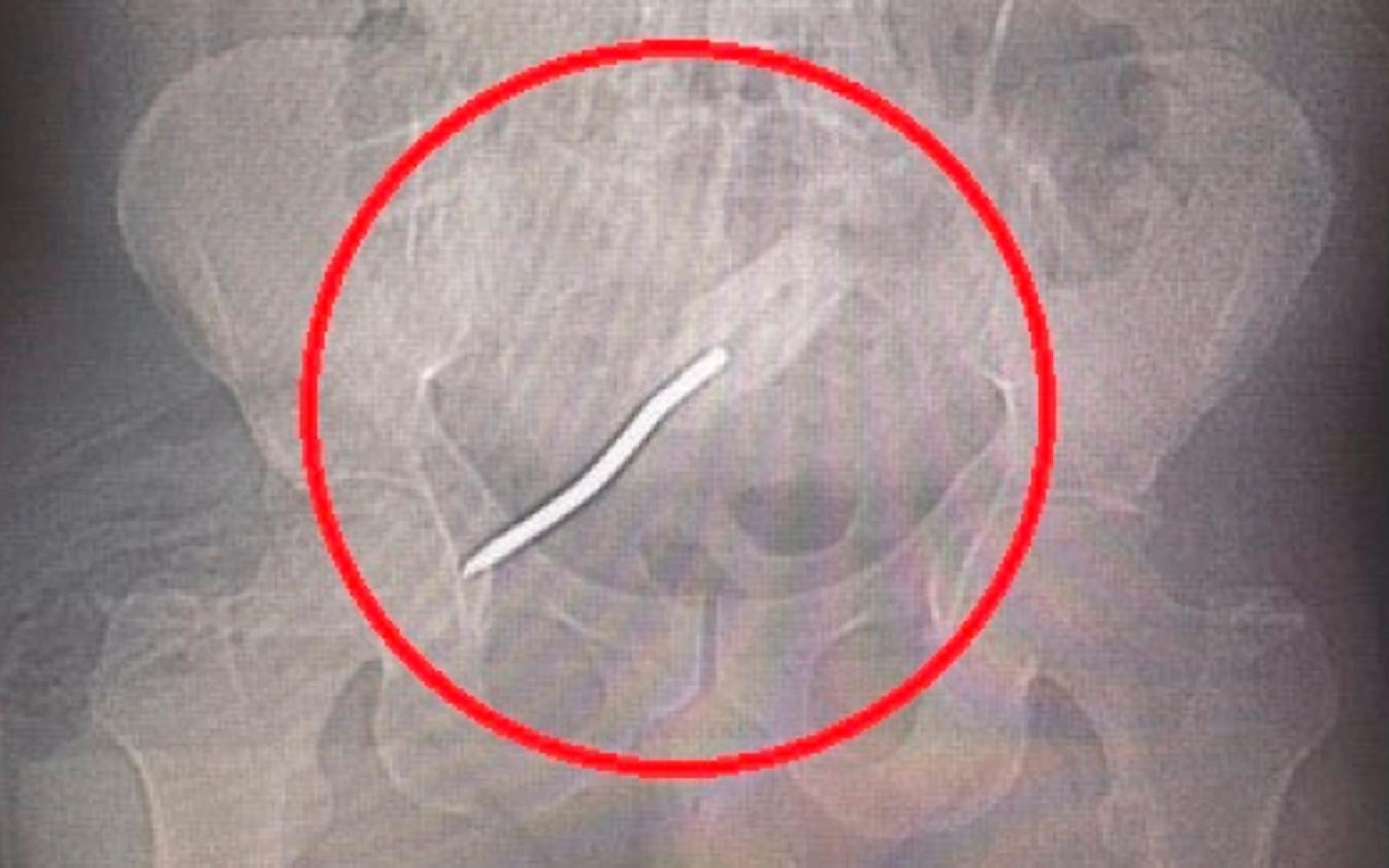 A 46-year-old man had a screwdriver pulled out of his rectum after he apparently pushed it inside himself and leaving it there for a week.

The unnamed man, who suffers from schizophrenia and bipolar disorder, arrived at Kendall Regional Medical Center in Miami with life-threatening septic shock, complaining of week-long abdominal and pelvic pain.

Doctors performed a CT scan of the man’s abdominal area and found what appeared to be a screwdriver, which measured 8.2 inches long by 1.1 inches wide. The tool appeared to have pierced part of his large intestine.

A 46-year-old man had a screwdriver pulled out of his rectum after he apparently pushed it inside himself and leaving it there for a week.

The screwdriver was successfully removed and the patient was found to be doing well with a functioning ostomy during a return visit two weeks later.

“The patient recovered and was discharged to Behavioral Health for inpatient treatment of his psychiatric disorders,” the authors, led by Dr. Youssef Shaban, wrote in a report for Annals of Medicine & Surgery.

The report stressed the importance for surgeons to maintain high suspicion when encountering psychiatric patients with lower stomach or rectal pain.

“The patient may not be forthcoming with information secondary to embarrassment or possibly psychiatric issues,” the report said. “Providers must express empathy and compassion while maintaining nonjudgmental composure.”