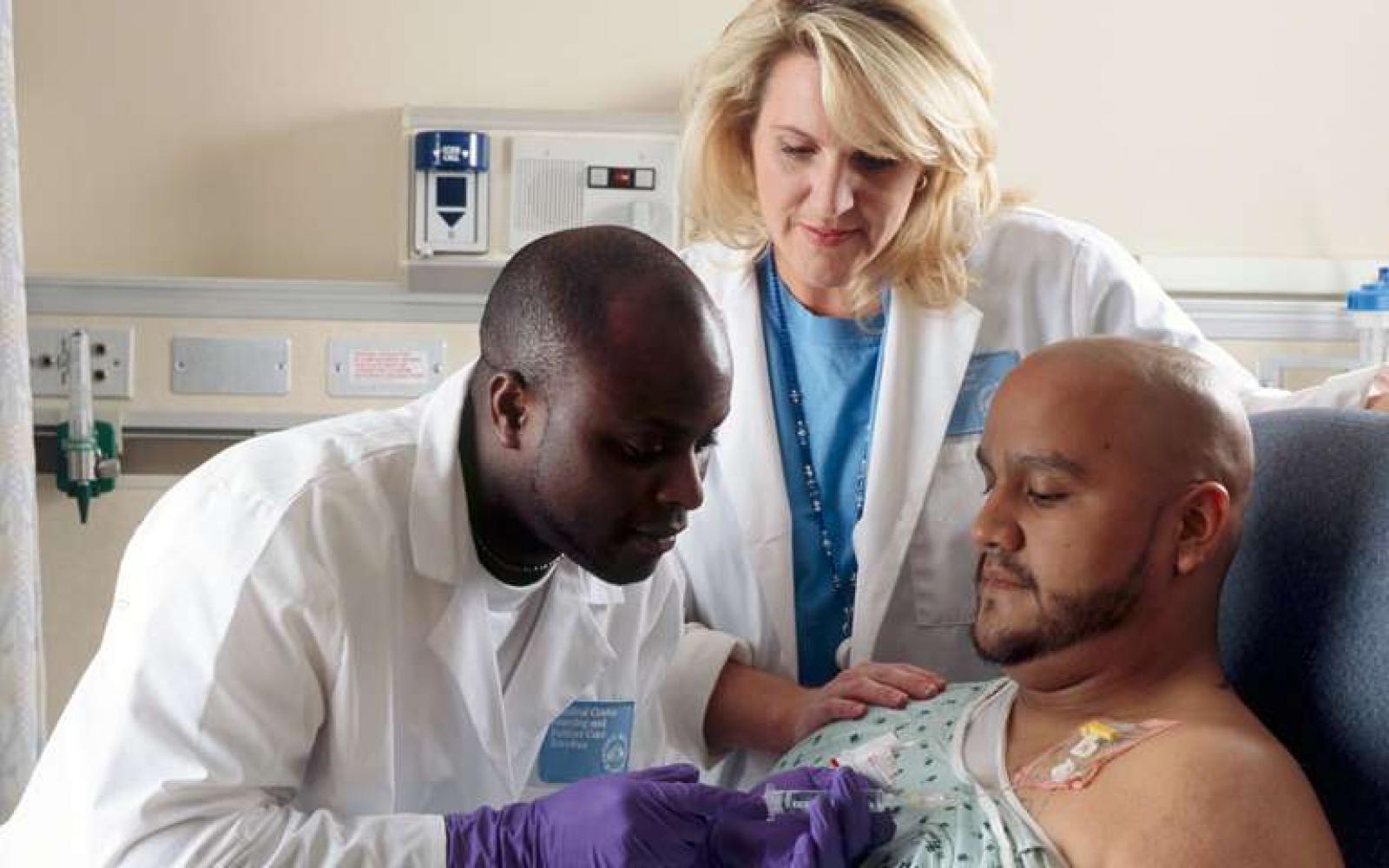 Via Dailymail: A Brazilian man in his mid-30s with HIV has gone into long-term remission after treatment with drugs alone, boosting hope of a cure for millions living with the virus.

It is thought to be the first case of a HIV patient going into remission following pharmaceutical treatment.

Doctors report that the patient was prescribed an intense multi-drug cocktail of AIDS medicines, including antiretroviral therapy, or ART.

It was also supplemented with additional antiretrovirals, plus a drug called nicotinamide, a form of vitamin B3.

Two other people are believed to have been cured of HIV, but they both underwent high-risk bone marrow transplants.

The unnamed individual was diagnosed with HIV in 2012 and was on the pioneering course of medication for 48 weeks.

Just over a year later his DNA and cells were assessed and tests for HIV came back negative.

Dr Ricardo Diaz of the University of Sao Paulo in Brazil, who co-led the study, told The Telegraph: 'We can't search the entire body, but by the best evidence, we do not have infected cells.

'I think it's very promising. This patient might be cured.'

This case is extremely interesting, and I really hope that it may boost further research into an HIV cure,' Andrea Savarino, a doctor at Italy's Institute of Health who co-led the trial, said in an interview with the UK charity NAM AIDSmap.

The researchers do caution, however, that four other HIV-positive patients treated in the trial with the same intensified drug cocktail saw no positive effect.

'The result is highly likely not to be reproducible,' said Dr Savarino. 'This a very first (preliminary) experiment, and I wouldn't foresee beyond that.'

As scientists race to develop vaccines and treatments for COVID-19, the struggle goes on to find a cure for HIV.

HIV has infected more than 75 million people and killed almost 33 million since the AIDS epidemic began in the 1980s.

Patients who have access to AIDS drugs are able to control the virus and keep the disease in check, and there are many ways to stop it spreading.

However, despite this, there are around 37 million people in the world currently living with HIV. The majority (25million) of infected people live in Africa.

Hopes of a cure for AIDS have been boosted in recent years by two separate cases of remission in men who are described by HIV doctors as 'functionally cured'.

These patients were treated with highly risky and complex bone marrow transplants.

One of these individuals, previously known as 'London patient, recently ditched anonymity and revealed himself to be Adam Castillejo, 40.

He remained unnamed until he decided he wanted to be seen as an 'ambassador of hope' after struggling with his health for almost two decades.

Mr Castillejo, who was born in Venezuela, was diagnosed with blood cancer in 2012, having already lived with HIV since 2003.

His last hope of cancer survival was a bone marrow transplant from a donor with HIV-resistant genes that could wipe out his cancer and virus in one fell swoop.

The procedure in May 2016 meant Mr Castillejo, whose mental health had spiralled drastically over the years and even led him to consider ending his life, was cleared of both cancer and HIV.

The only other person to have survived the life-threatening technique, and come out of it HIV-free, was so-called 'Berlin patient' Timothy Ray Brown, a US man treated in Germany 12 years ago.

Speaking with the New York Times in March, Mr Castillejo said: 'This is a unique position to be in, a unique and very humbling position. I want to be an ambassador of hope.

'I don't want people to think, "Oh, you've been chosen," he said. No, it just happened. I was in the right place, probably at the right time, when it happened.