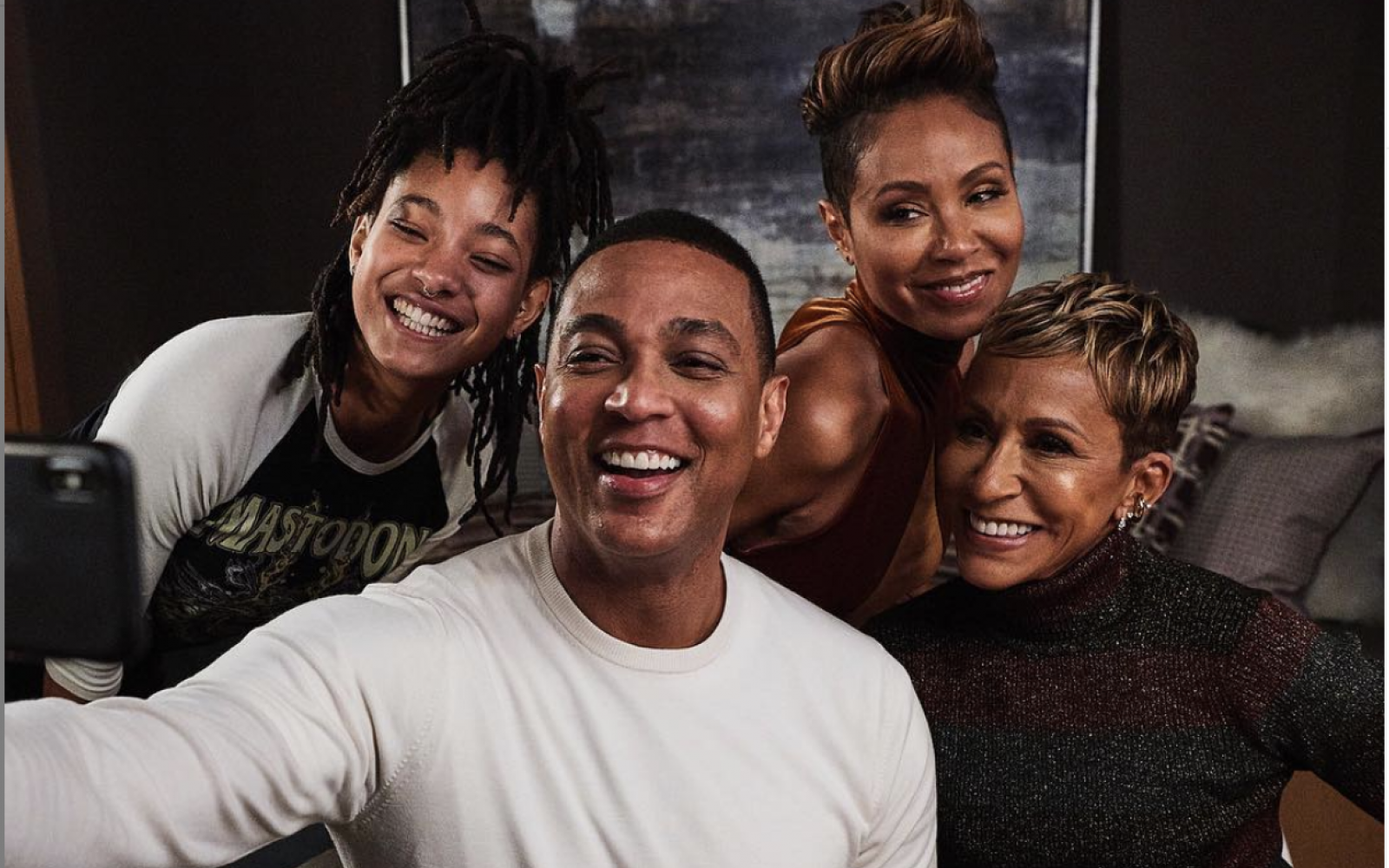 While the investigation into the alleged hate crime against Jussie Smollett continues, Jada Pinkett Smith focused this week’s Red Table Talk on being black and gay in the United States — and welcomed Don Lemon as a guest.

The CNN Tonight journalist, who came out publicly in 2011, appeared on Monday’s show with Smith, explaining at the top of the program that the list of out, gay black men for potential guests was limited. Lemon offered an explanation why “historically, black men have stayed in the closet.” “We were slaves. We were beaten and branded. So as black, gay men, we carry the racism part and we carry the gay part. We’re already a class of people who have been discriminated against, so why do I want to have another mark against me?”

Lemon said he wasn’t shocked by what happened to Smollett — although he was certainly disturbed by it. He said he spoke with Smollett, whom he knows though a mutual friend, while he was waiting to be examined by the doctor. As for the rumors about the attack, Lemon said that he knew everyone would be picking Smollett’s story apart and that the details are not really his concern. Instead, he said, he was interested in Smollett’s “well-being.” He texts him daily to check in, because he believes he can relate very well to his situation, as a gay, black man in the spotlight. “Sometimes he responds, sometimes he doesn’t,” he said of Smollett, adding that he seems to appreciate the concern.

Asked whether he has fears for his own safety after Smollett’s attack, Lemon said he’s received his share of “death threats,” but says it’s over politics as a face of CNN — the network often targeted by President Trump’s claims of fake news. Lemon said he has security protecting him.

Lemon, 52, talked about coming out in the press eight years ago, but said he came out to his mom after going through a terrible breakup with a boyfriend when he was 30. While she was quiet at first, her reply was, “I’m your mom. I’m always going to love you.” He put his hand to his chest as he retold the story. “That meant the world to me.” Once she said that, he was “free,” he said. “Nothing else mattered after that.”

There was an adjustment — he said they backslid a little as she processed the news (he said she expressed sadness because “she wanted to have grandkids, she wanted me to get married”) — but at the end of the long journey, they are in a good place. “Now she’s at my house, she’s cooking with my boyfriend,” he said, referring to his partner, real estate agent Tim Malone, “and his family. We’re at Christmas together exchanging presents. And she loves it.”

Lemon said he was “scared” that coming out would make him “lose my career” — because CNN was his “dream job” and he worried how the audience would react. But he had to be true to himself. “I said enough is enough. Whatever happens from here, this is who I am. We talk about emancipation, I am completely emancipated. I have no secrets. I wish every black, gay man could have that experience. Every gay man could have that that experience, especially my black brothers and sisters, because so many get shunned.”

Lemon also talked about having a white partner and the challenges of an interracial relationship. “When you’re in love with someone, it’s never easy,” he said, “but if you’re truly committed to someone who is a good person, then you want to work on those things. I don’t expect him to know what it is to be a black man. … Sometimes I just have to say: ‘You don’t understand. Take my word for it.'” Lemon said his relationships with black men in the past were different, because they had more shared similar experiences in the world. That said, “Most of them weren’t out. Most of them didn’t want people to know [they were gay]. I’m not about that life anymore.”

While discussing why black people seem more fearful of homosexuality, Lemon reminded everyone that being gay “is not contagious.” He added, jokingly, “Sometimes I wonder if if people think: ‘Oh, my god. That guy is gay. Am I going to catch gay?'”

As for his future with Malone, whom he met in the Hamptons, he says they’ll “probably” tie the knot — eventually. “I like that we have the ability as gay people to get married now, but I feel the pressure to be so heteronormative,” Lemon said. “Do I really need to do what straight people do to in order to feel my relationship is validated? So I’m struggling with that.” However, he allowed, “So eventually, yes, we probably will get married.” Lemon added that they already have two kids, to the surprise of the co-hosts — and he explained that he meant their two rescue dogs. And, yes, he said, one is black and one is white.