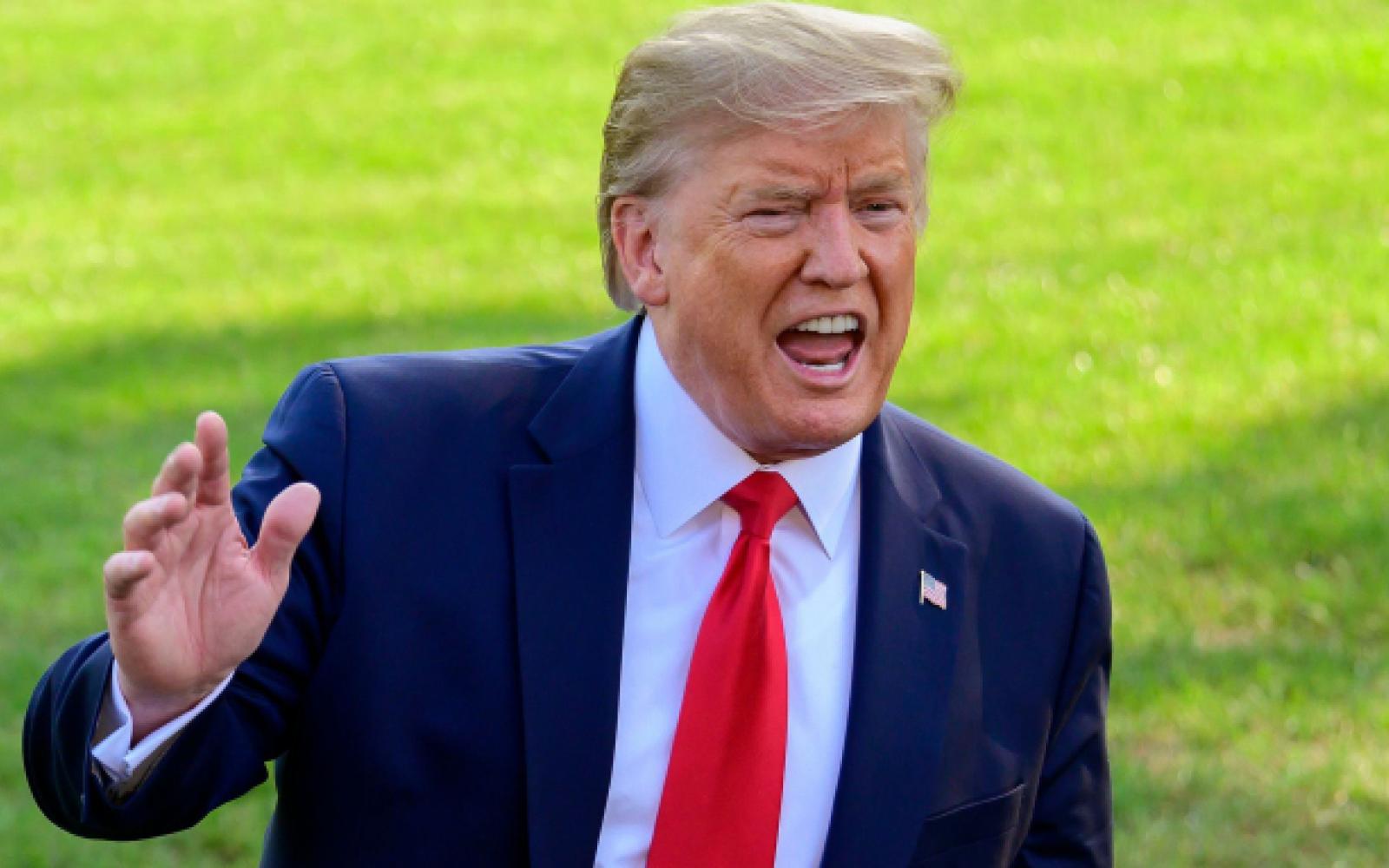 For the third time in the nation's history, the House of Representatives voted to impeach a sitting president, following a day-long debate on whether Trump violated his oath in pressuring Ukraine to damage a political opponent.

Trump was impeached on two articles. The first vote, 230-197, was to impeach him for abuse of power and was almost entirely on party lines; it was followed quickly by a second 229-198 vote that the president obstructed Congress. One Democrat, Rep. Tulsi Gabbard of Hawaii, who is running for president, voted "present" on both articles.

The trial in the GOP-controlled Senate on whether to remove the president will begin in early January. It is likely that Trump will be acquitted since a two-thirds majority is required for conviction and removal from office.

Minutes before the vote on Wednesday night, Trump took the stage at a campaign rally in Battle Creek, Michigan.

"It doesn't really feel like we're being impeached," he told the cheering crowd. "The country is doing better than ever before. We did nothing wrong. And we have tremendous support in the Republican party like we have never had before. Nobody has ever had this kind of support."

Two Democrats, Reps. Jeff Van Drew of New Jersey and Collin Peterson of Minnesota, voted with Republicans against both articles of impeachment, while another Democrat, Rep. Jared Golden of Maine, voted yes on abuse of power and no on obstruction of Congress. No Republicans voted against Trump.

Hours before the vote, House Speaker Nancy Pelosi took to the House floor to say it was imperative to impeach a president for the first time in two decades because Trump is "an ongoing threat to our national security and the integrity of our elections."

"It is an established fact the president violated the Constitution," Pelosi said, standing next to a sign with an American flag that quoted a line from the Pledge of Allegiance, "To the Republic, for which it stands..."

Emotions ran high inside the Capitol ahead of the historic vote, with Democrats and Republicans accusing each other of acting in bad faith during 10 hours of debate.

Speaking on the House floor, Rep. Debbie Lesko, R.-Ariz., said, "I believe this is the most unfair, politically biased, rigged process that I have seen in my entire life."

"This is the most partisan impeachment in the history of the United States," she added. "Not one Republican voted for it in the Judiciary Committee...not one Republican, I don't think, is going to vote for it here today."

Democrats accused their counterparts of turning a willful blind eye to the president's misdeeds. They said there was ample evidence Trump had abused his power by pressuring Ukraine to announce investigations into political rival Joe Biden and his son, while withholding almost $400 million in aid, and had obstructed Congress by refusing to release any documents related to his actions.

"No one should be allowed to use the powers of the presidency to undermine our elections. Period," McGovern added.

The hours of back and forth before the vote offered no new evidence and shed no new light on the allegations against the president, as Republicans and Democrats mainly echoed many of the same points they've been making for weeks.

The proceedings were mostly civil, although some Republicans amped up the hyperbole. Rep. Barry Loudermilk, R-Ga., said Jesus had received a fairer trial from the Roman governor who'd sentenced him to crucifixion than Trump had gotten from the House Democrats.

"When Jesus was falsely accused of treason, Pontius Pilate gave Jesus the opportunity to face his accusers," Loudermilk said on the House floor. "During that sham trial, Pontius Pilate afforded more rights to Jesus than Democrats have afforded this president in this process."

A White House official told NBC News that Trump did not plan on watching the proceedings, but would keep tabs on the coverage. The official said the White House was preparing for "war."

"We are all mad," the official said, and Trump and his team are "angry this is happening."