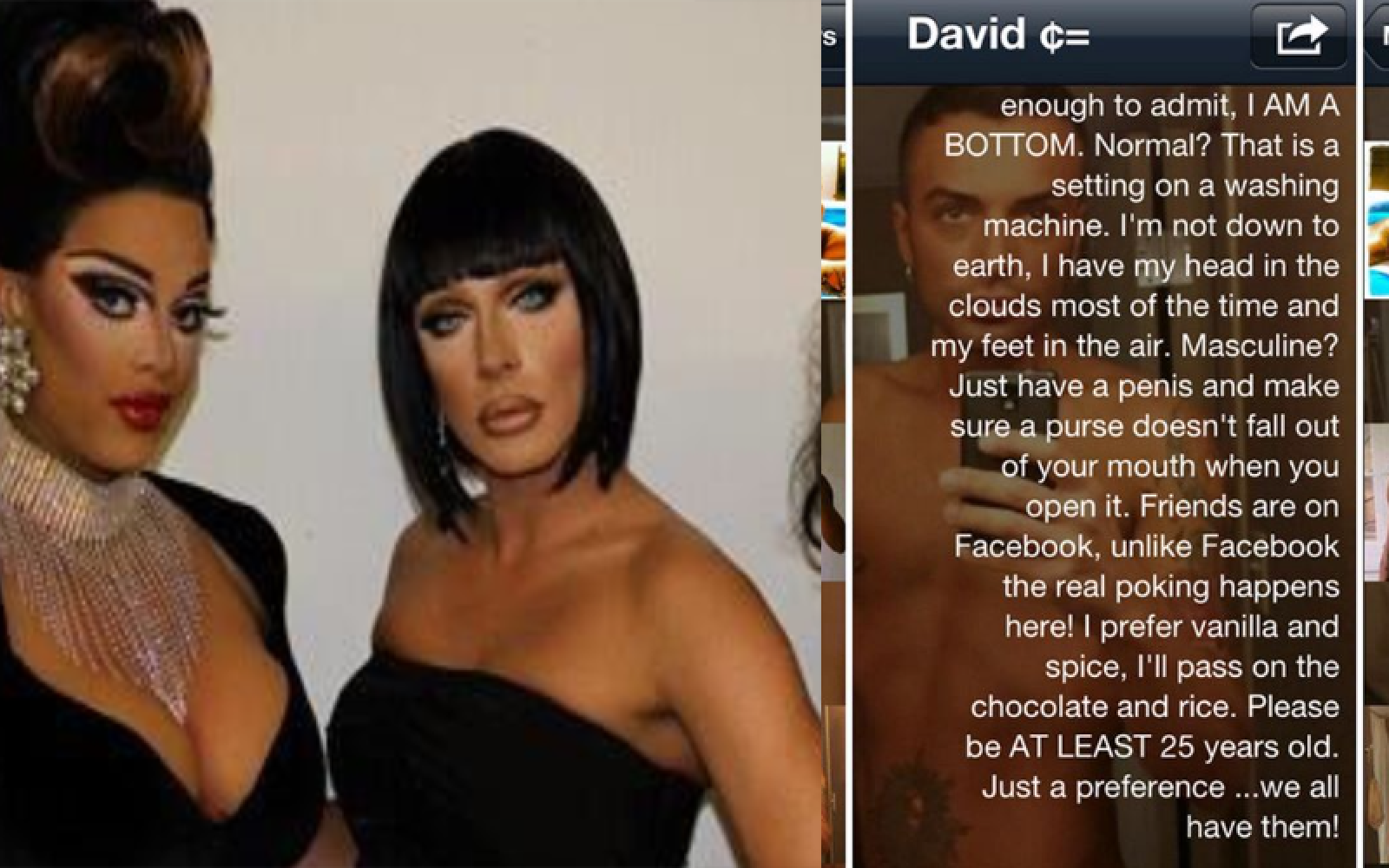 Its no secret that there's been bad blood between Tyra Sanchez and other Drag Race stars and fans.  For years fans of RuPaul Drag Race have claimed Raven should have won her season. (Raven went on to lose again on All Stars Season 1)   Tyra has said many times what we all know to be true.  Many drag race fans are racist and the show and the other queens do little if nothing to address their racist fans.

Their beef really kicked off when Phi Phi O'hara posted a video of Raven performing back in 2017 yelling "Yes, season 2 winner".  Tyra messaged her saying because of that video she then began receiving an increase in racist threats and messages with people calling her the N-word.

We're not sure what has ruffled up this new beef but in the past 2 days Tyra has accused Raven of dressing in blackface (see below) and most recently of being racist.  Earlier today Tyra posted an old dating profile with someone who looks a lot like Raven and using Raven's real name "David" saying some pretty questionable things on the profile.

The profile reads "I AM A BOTTOM. Normal? That is a setting on a washing machine.  I'm not down to earth, I have my head in the clouds most of the time and my feet in the air. Masculine? Just have a penis and make sure your purse doesn't fall out of your mouth when you open it.  Friends are on Facebook, unlike Facebook the real poking happens hear!  I prefer vanilla and spice, I'll pass on the chocolate and rice.  Please be AT LEAST 25 years old. Just a preference...we all have them!"

Now we're not rocket scientist but "chocolate and rice" seems to allude to her not liking black or asian men.

Of course back whenever this profile was made it was still ok to blanket your racism and call it a "preference" but recently Grindr and other dating platforms have been working to remove the ethnicity filters from their apps and banning profiles with language such as this. Will this come back to haunt Raven?  We don't know.  As stated before World of Wonder and RuPaul's Drag Race notoriously ignored racism from fans and the other queens.

Tyra may be problematic at times but we're with her on this one. 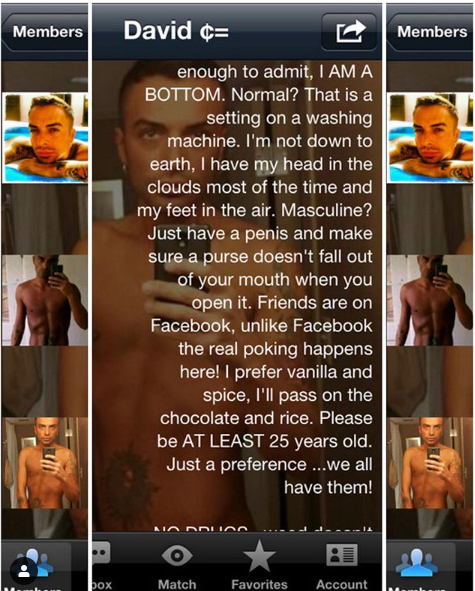 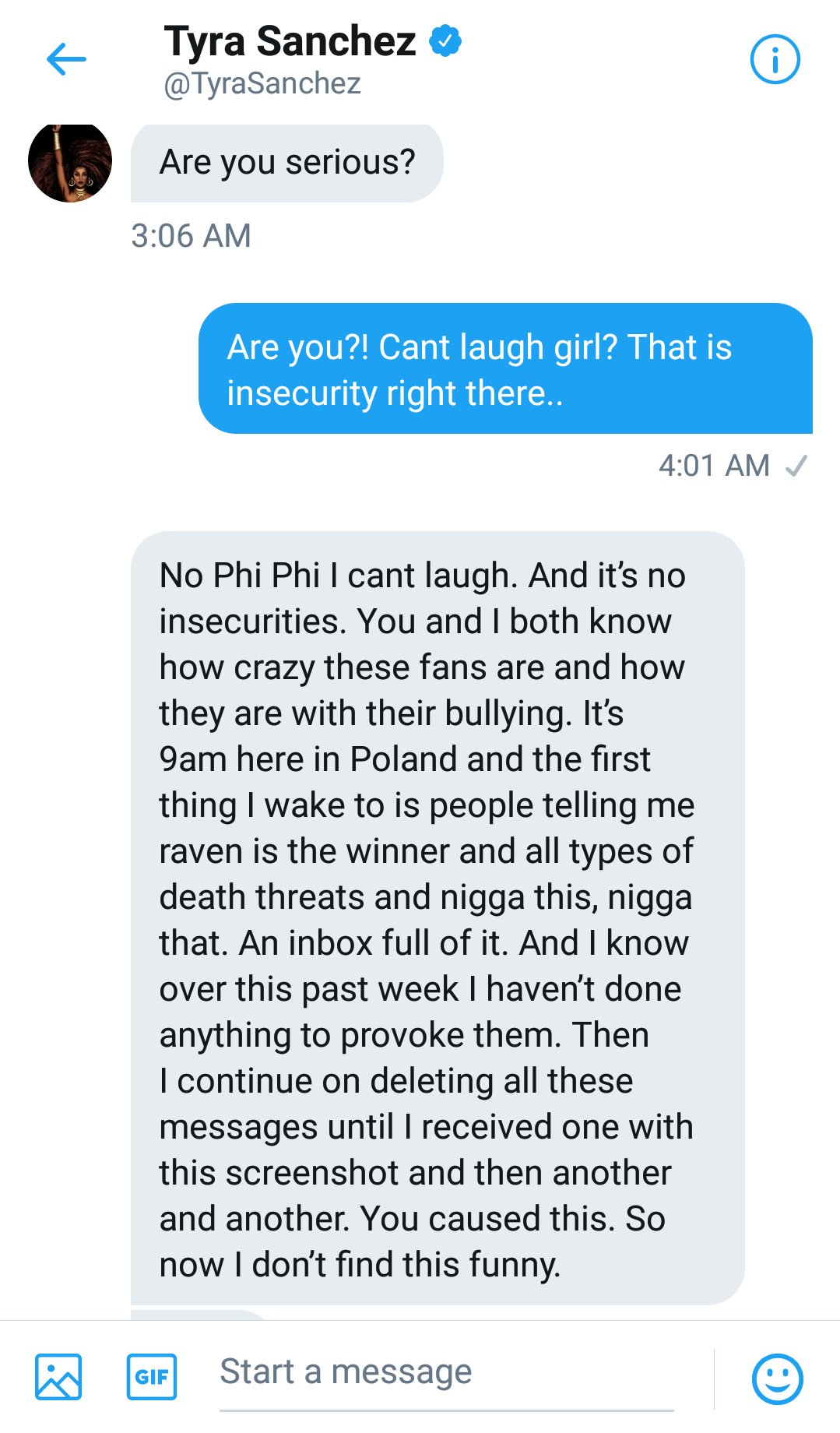 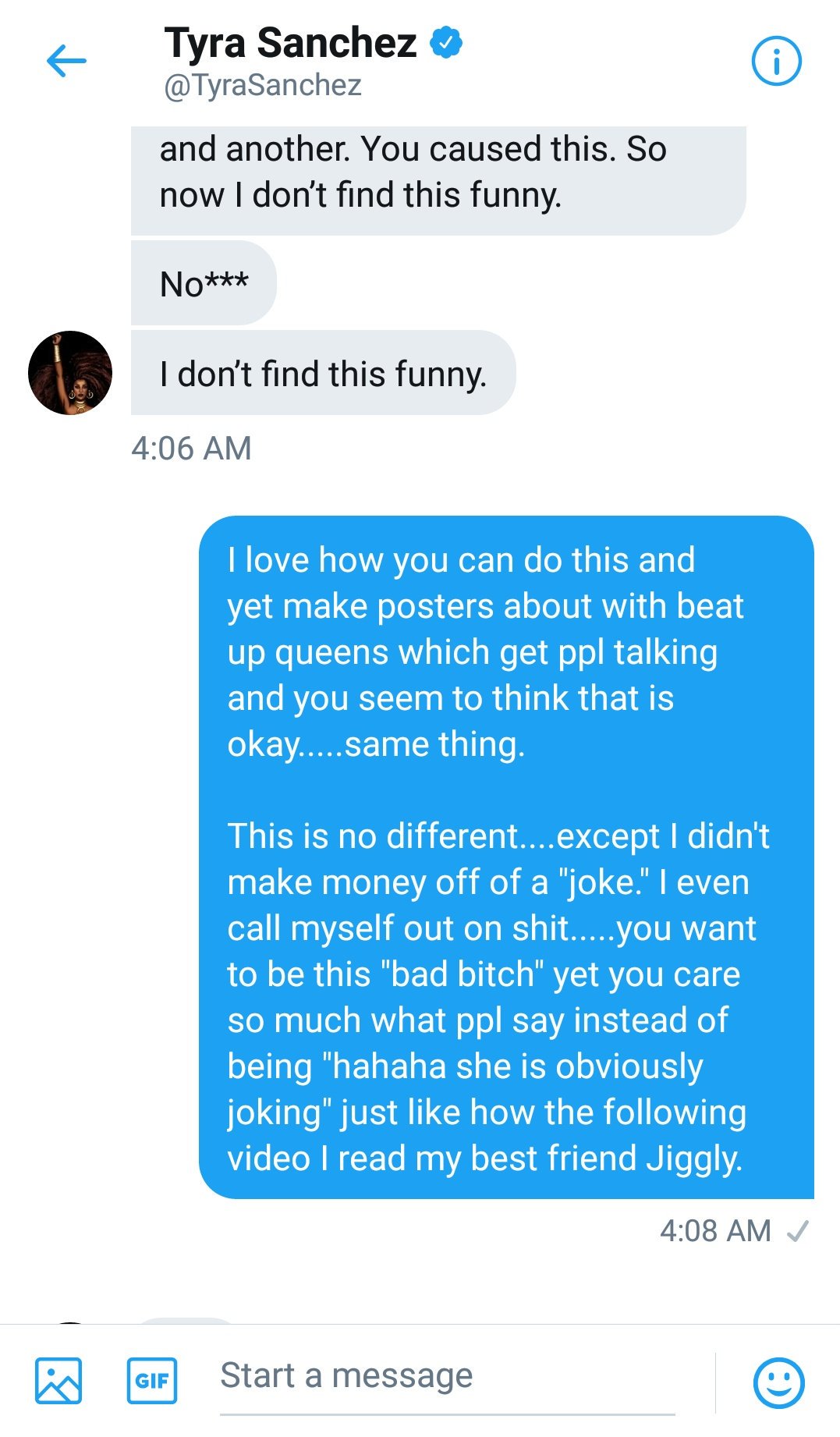