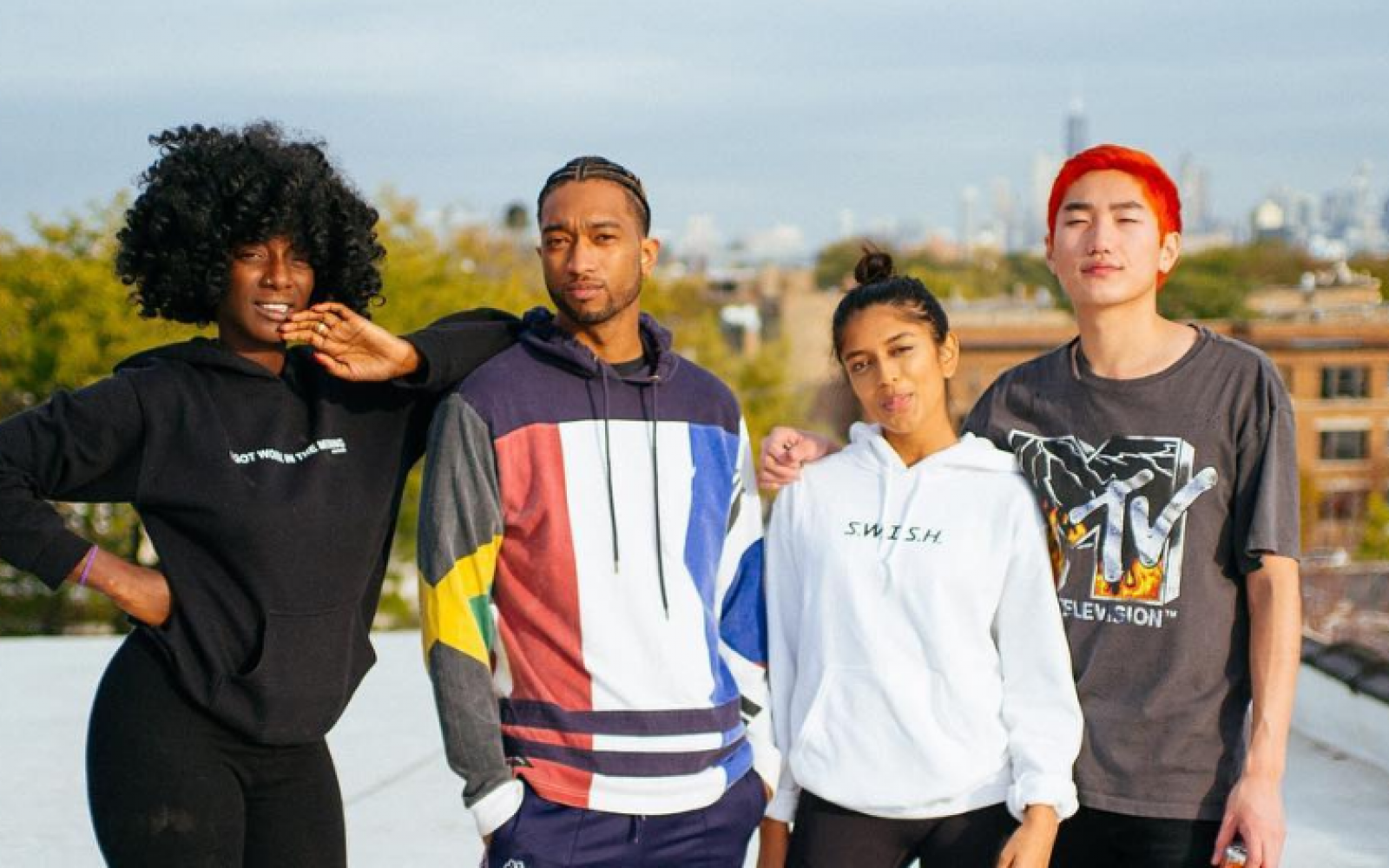 Damaged Goods is a digital series centered around four messy creatives of color attempting to survive in the city of Chicago. In season one, all four of them experience the death of their egos, which propels them forward and onto a path of uncertainty, enlightenment and tragedy.

We have Sanavi (Aashvi Patel), a dominant young professional who meets hostility & discrimination head on in her white-dominated workplace when trying to dismantle the “boys club”.

Caleb (Chufue Yang) is a messy genderqueer club kid who struggles to find his self worth in the nightlife scene while still getting kicked off his parent’s health insurance plan.

In Marlo (Abena Boamah), we find a black wellness social media influencer who seems to be able to comfort & care for others more than herself as she struggles to find her voice within the group.

Ezra (Nosakhere Cash-O' Bannon), who is just barely surviving as a weed dealer, is given an opportunity to make quick money to make rent and pursue his dream of becoming an artist while tragically ending up a statistic.

The nuanced characters, their lives, and the situations they get themselves into, reflects a gritty creative community we rarely get to see played out on screen. We want to capture how revolutionary and humanizing these stories of young poc and queer people can be in today’s society; and further validate that our stories have a rightful place in the media.