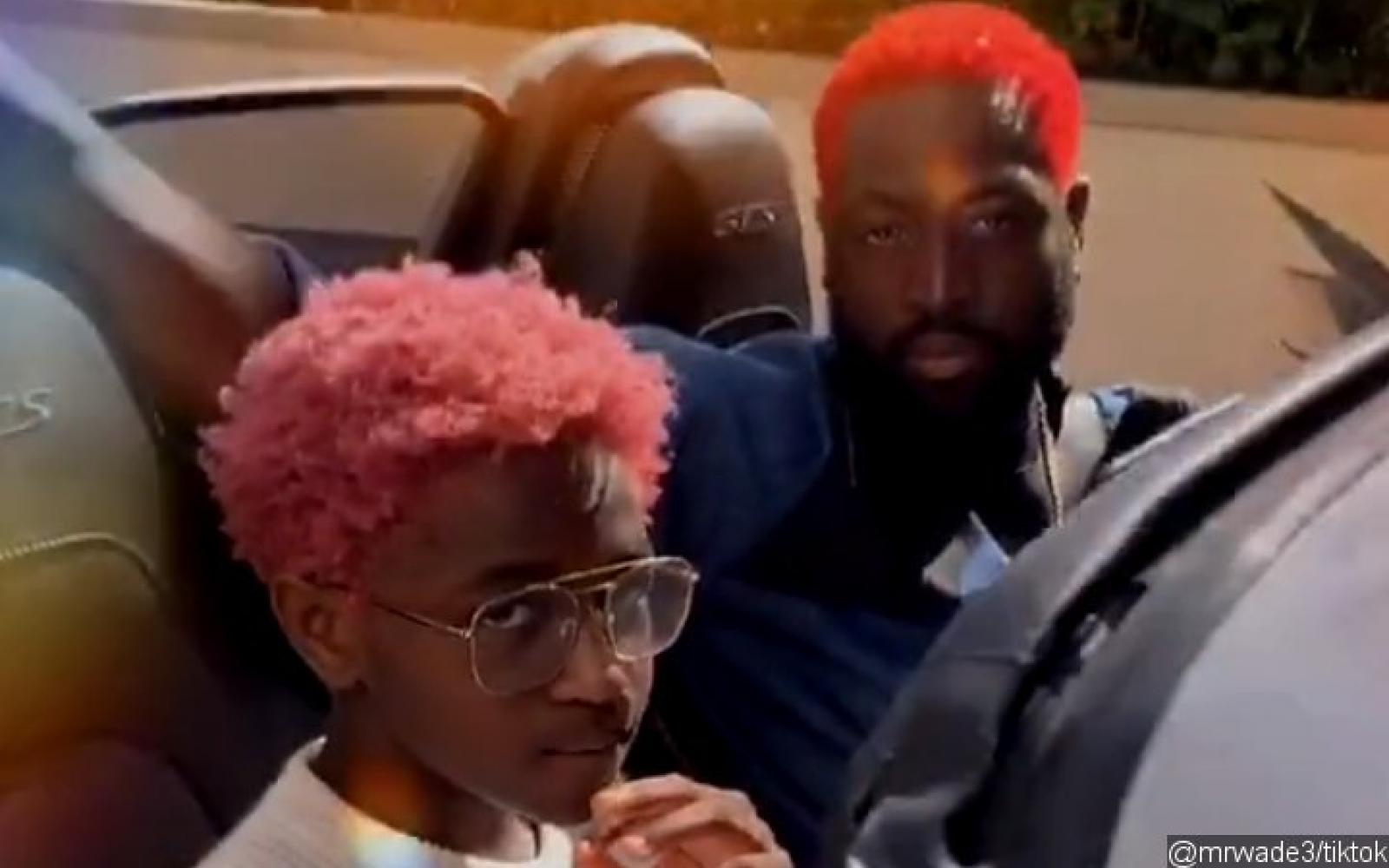 Over the weekend, the former NBA star, 38, documented a series of hair transformations on social media, ranging from pink to bright red.

“When they think they know you — Switch it up!” Wade captioned an Instagram post on Saturday, adding the hashtag, “red hair don’t care.”

In a separate video posted to TikTok, a red-headed Wade is seen behind the wheel of a convertible with 12-year-old daughter Zaya in the passenger seat, sporting a new pink style. Wade’s wife, Gabrielle Union, also posted the clip to her Instagram story.

Union, who has been married to Wade since 2014, shared an update from quarantine earlier this month, revealing Zaya isn’t seeking their services when it comes to checking her homework.

“Home school is happening,” Union, 47, recently said on the “Tonight Show. “Zaya does not trust us to even look [at her schoolwork]. She’s like, ‘I’ll wait for my tutors.'”

Earlier this year, Wade spoke about Zaya’s journey during an appearance on “Ellen,” confirming his daughter is transgender. In March, Union joined Wade for Zaya’s red carpet debut at the Better Brothers’ Truth Awards in Los Angeles.

Union shares 1-year-old daughter Kaavia with Wade. He also has three children, including Zaya, from past relationships.