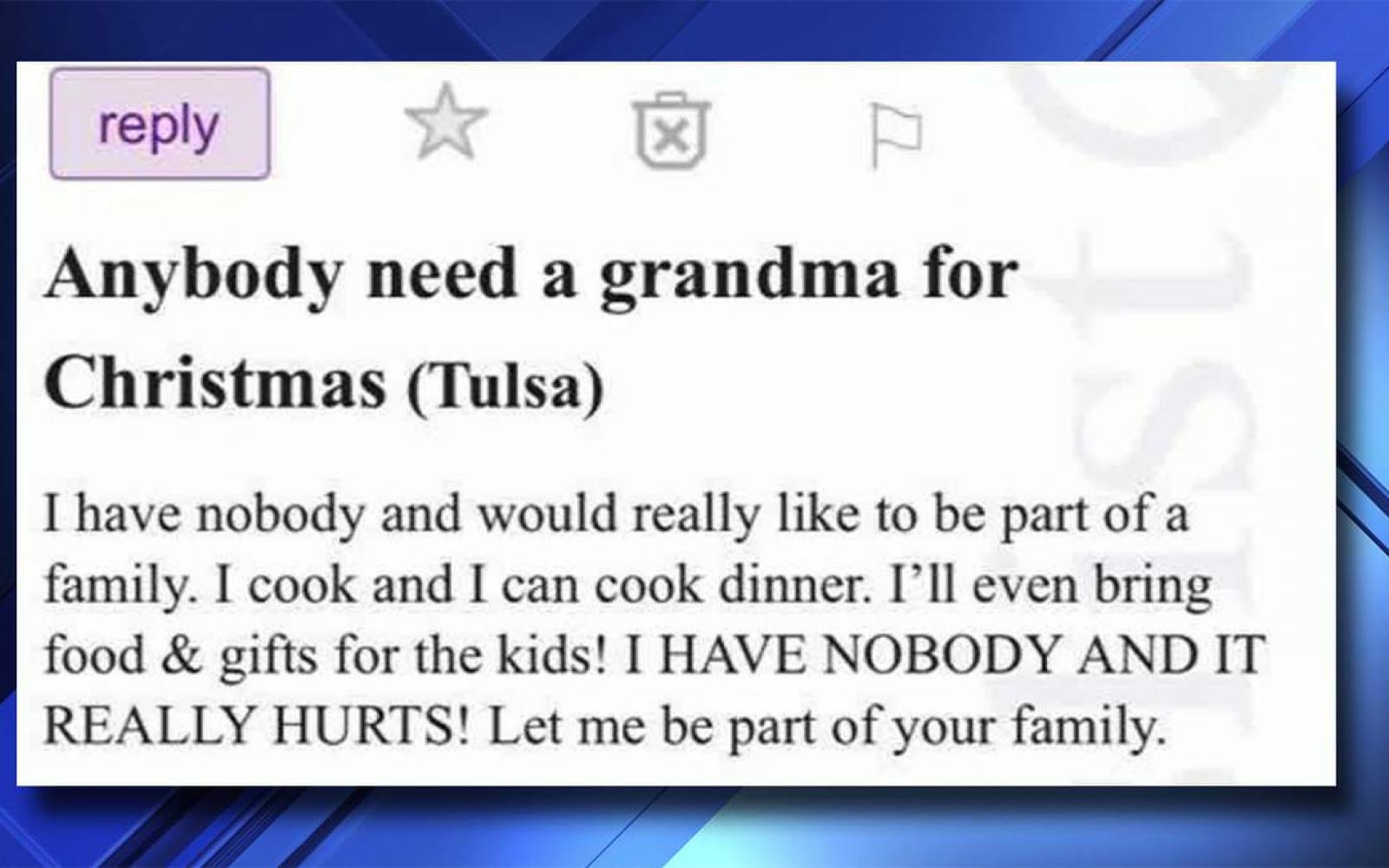 This is one part sad and one part crazy.  A woman posted an ad to Craigslist asking whether “Anybody need a grandma for Christmas?"

The woman who lives in Tulsa claimed she had no family, but wanted to take part in the holidays with others, according to KJRH.

The post continued with the woman saying “I cook, and I’ll cook dinner and even bring gifts for the kids. I just don’t want to be alone because it hurts.”

It finished with “Let me be a part of your family.”

Of course, being that the digital world is often cruel, cold and uncaring, the post had to be removed after some began leaving hateful messages. Some said the woman was attempting to take advantage of families.

Before the woman took down the post, she thanked everyone for the “extra shot of pain.”

An Oklahoma man named Carson Carlock decided to reach out to woman by posting her ad on Facebook. Carlock’s post was immediately shared by thousands and he was able to get in touch with the woman whose name is Carrie.

Carlock hoped to show Carrie that there were people who would welcome her for the holidays, but he says she’s hesitant to join anyone after the negative posts.