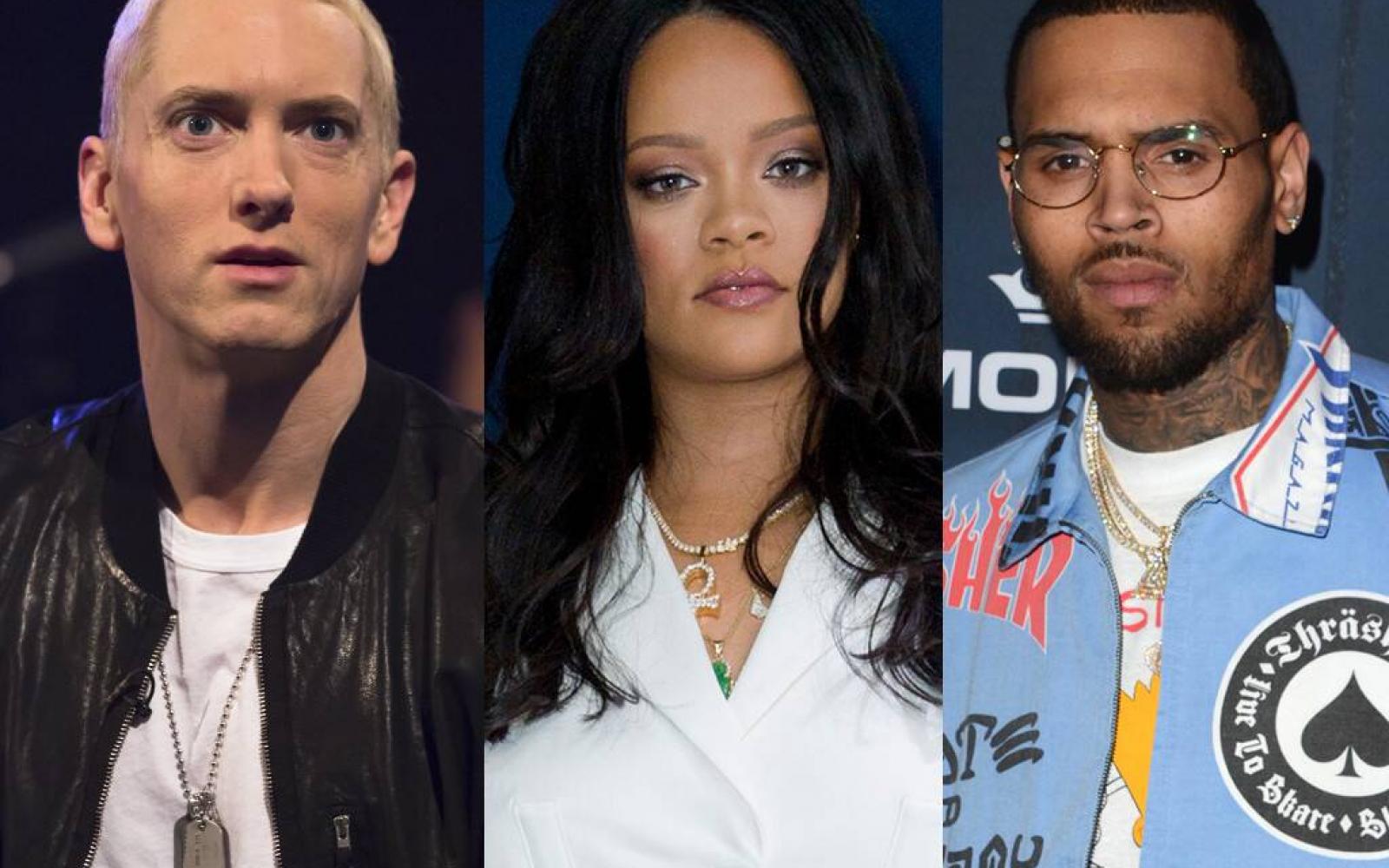 Newly leaked audio from what appears to allegedly be Eminem features lyrics about Chris Brown assaulting Rihanna in 2009.

According to Insider, a Reddit user posted the seven-second snippet, titled "(SNIPPET) Eminem - Things Get Worse (Rihanna Diss)" on Sunday, Nov. 3. As of Monday, the snippet was still up online. The leaked audio in question is seemingly from an unreleased version of a song that made it onto B.o.B.'s 2011 song, titled "Things Get Worse."

Since the audio leaked, neither Eminem or Rihanna have commented on the content of the lyrics.

However, it has been making rounds on Twitter and fans are criticizing the rapper, whose real name is Marshall Mathers, for his choice of words.

"Eminem grown a-- really glorifying abuse for a damn song after my fav lend her vocals to numerous songs for him is disgusting," one Twitter user and Rihanna fan account wrote.

The leaked verse in question was originally recorded for Eminem's 2009 album Relapse which, according to Insider, was released months after Brown was charged with felony assault after assaulting the 31-year-old businesswoman.

Rihanna and Eminem have also gone to work together multiple times. The two released the infamous "Love the Way You Lie" track in 2010 and later collaborated once more on "The Monster" in 2013.

In 2011, the "Disturbia" singer and "Superman" rapper took the stage together at the Grammys to perform "Love the Way You Lie." Then in 2014, the two went on a mini-tour together after releasing "The Monster" which was featured on Eminem's Marshall Mathers LP 2.