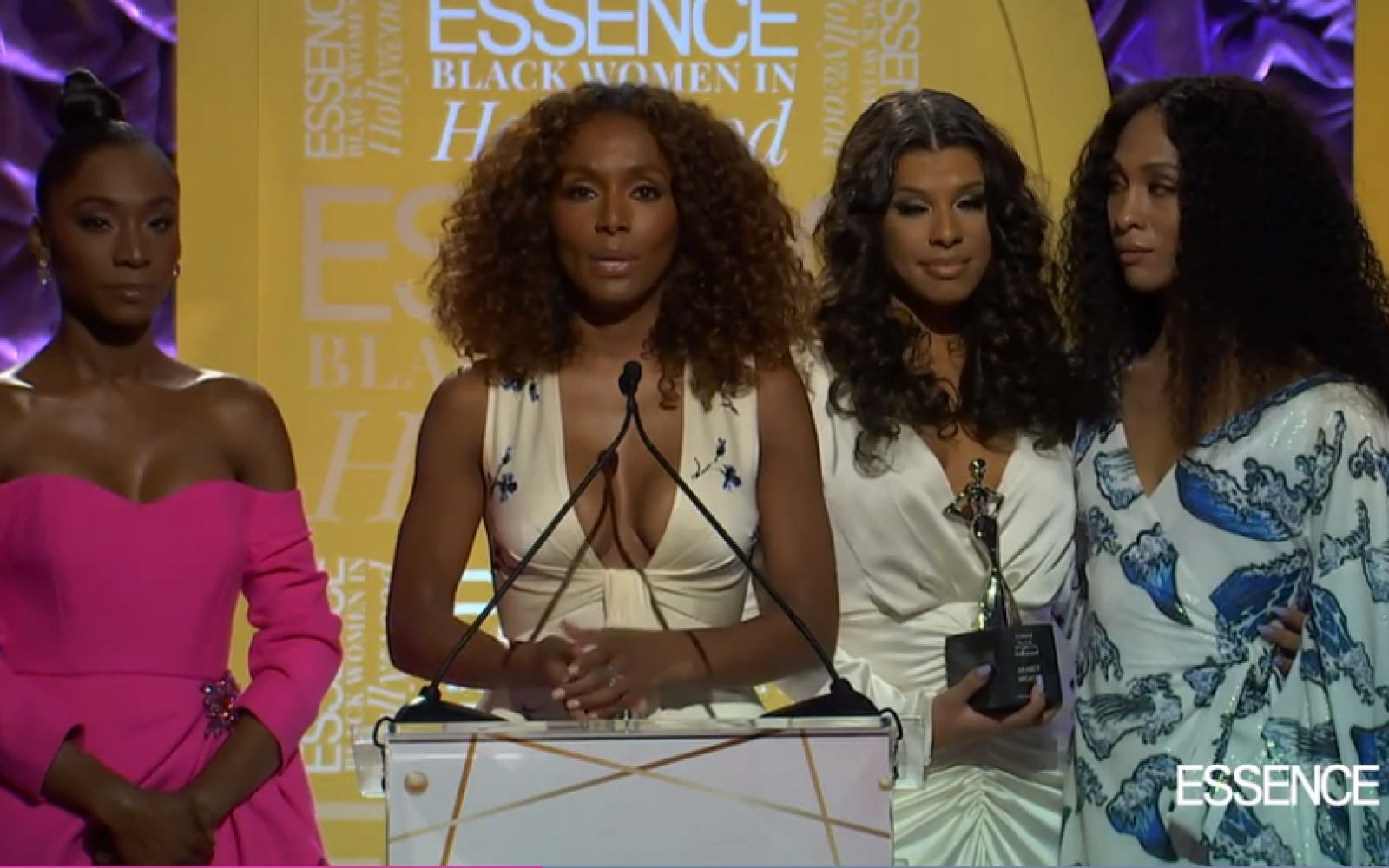 The trailblazing cast and writer-director-producer of Pose—Mj Rodriguez, Indya Moore, Dominique Jackson, Angelica Ross, Hailie Sahar, and Janet Mock—were honored Thursday at ESSENCE’s annual Black Women in Hollywood luncheon, where Mock called on the community to acknowledge that Black trans women and girls are “worthy of our protection and care.”

“Too often Black trans women and Black queer and gender non-conforming folk put their bodies on the line every day to be themselves,” Mock said. “Grappling with housing and joblessness and a lack of access to healthcare and education. Navigating our own people’s intolerance and willful ignorance, pushing our sisters out of homes, intolerant schools and churches, and into detention facilities, foster homes, prisons, and deeper into poverty. And these alarming issues remain widely unaddressed because we as a culture do not acknowledge that trans women are women, that Black bodies are valuable, and that Black trans girls and Black trans women are worthy of our protection and care.”

Mock’s speech, which had many in the room wiping away tears, went on to celebrate the cast of Pose and the work they do to put Black trans stories front and center.

“The struggle for Black people must include Black trans and queer people. Period,” Mock added. “And this award reaffirms that our stories, our lives, our experiences matter and reassures that the way that we tell it, from the perspective and talents of those who’ve lived it, is most impactful.“

“Pose has entered millions of homes enabling viewers around the world to meet, to know, to love, and to root for five trans heroines, characters on other shows who would be mere sidekicks, or subplots, or punchlines. But Pose moves these characters from the margins to center stage. I am awed every day by the talent, the grace, and the beauty of these women next to me. They are the heroes that I’ve been waiting for. The six of us together have helped change the face of the American family drama.”