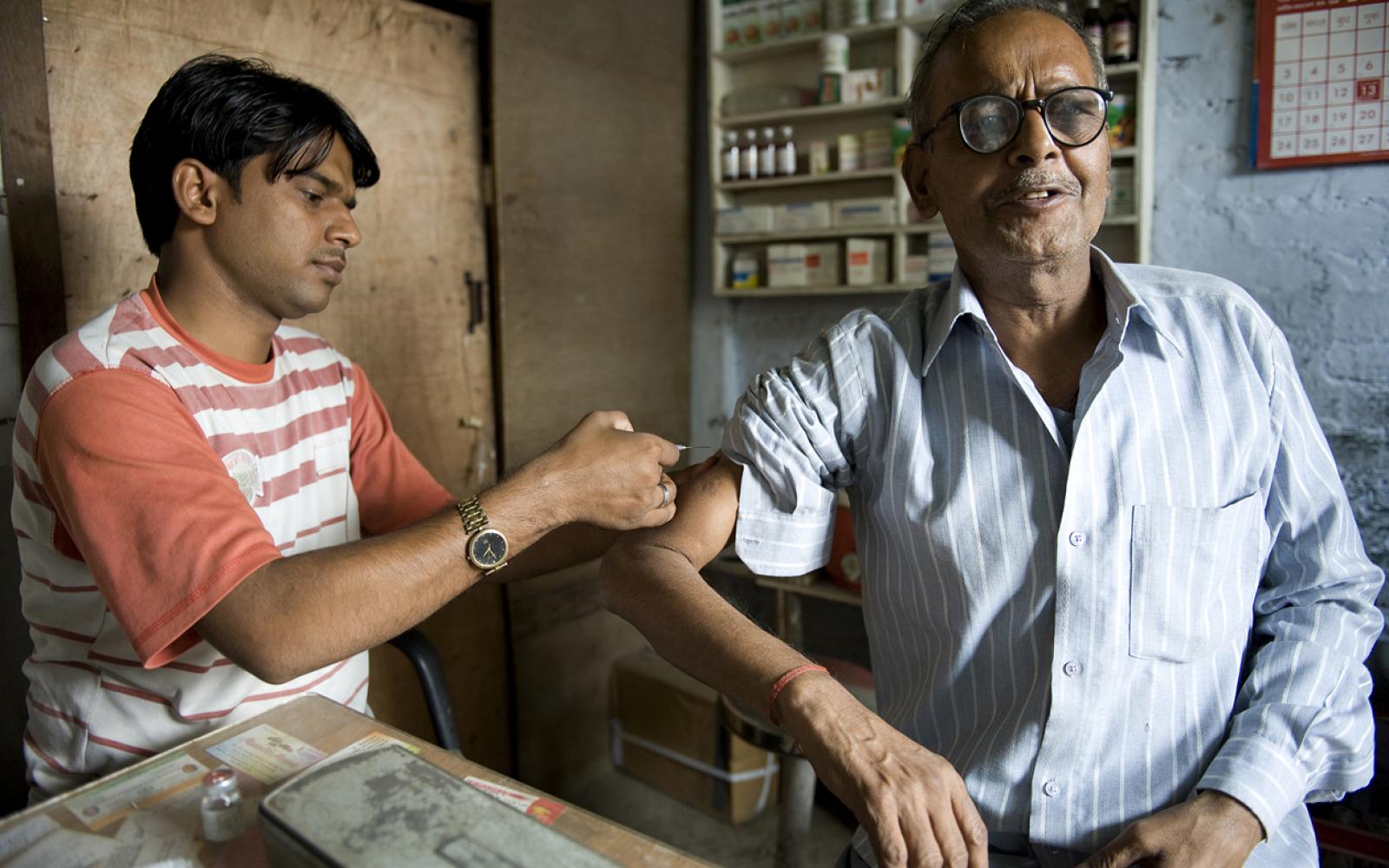 MUMBAI (Reuters) - At least 33 people have tested positive for HIV in Bangarmau town of Uttar Pradesh after an unqualified medical practitioner injected some of them with an infected syringe, a government official said.

The 33 were confirmed from among 566 people tested at government-organised HIV screening camps on Jan. 24, 25 and 27, according to SP Choudhary, chief medical officer (CMO) of Unnao district, which includes Bangarmau. The camps were set up after several suspected HIV cases showed up during routine tests at the district hospitals in Bangarmau late last year, he added.

"We ask HIV patients various things to know the source of infection," Choudhary said. "When we asked these patients whether they had used common syringes, some of them told us about a doctor they went to who uses the same syringe on all his patients.”

Arun Pratap Singh, a Bangarmau police official, said an investigative file had been opened against the suspect doctor identified as Rajendra Kumar. Singh said Kumar had gone into hiding and police were searching for him.

He said the doctor could be charged with carrying out a negligent act likely to spread infection of diseases, voluntarily causing grievous harm by using dangerous weapons or means, and practising medicine without having registration as a medical practitioner with the state government.

Choudhary said he was not sure how many of the 33 cases were connected to Kumar, but that an investigation by a state government committee was continuing.

"Patients have told us this man is about 35 years old and would go around on a bicycle, giving out pills and injections to treat colds, coughs and other ailments. He is a quack," Choudhary said.

A shortage of doctors in India leads many patients to depend on unqualified practitioners, many of whom work out of hole-in-the-wall clinics in rural areas. The Indian Medical Association estimates that about 45 percent of the people in India who practice medicine have no formal training.

Critics have in the past blamed a lack of stringent criminal penalties that allow quacks to thrive.

Uttar Pradesh, India's most populous state run by the ruling Bharatiya Janata Party (BJP), has a sketchy healthcare record in a country whose spending on medical care ranks among the lowest in the world as a percentage of GDP.

The HIV-positive patients were being treated at a government college in Kanpur in Uttar Pradesh, Choudhary said.