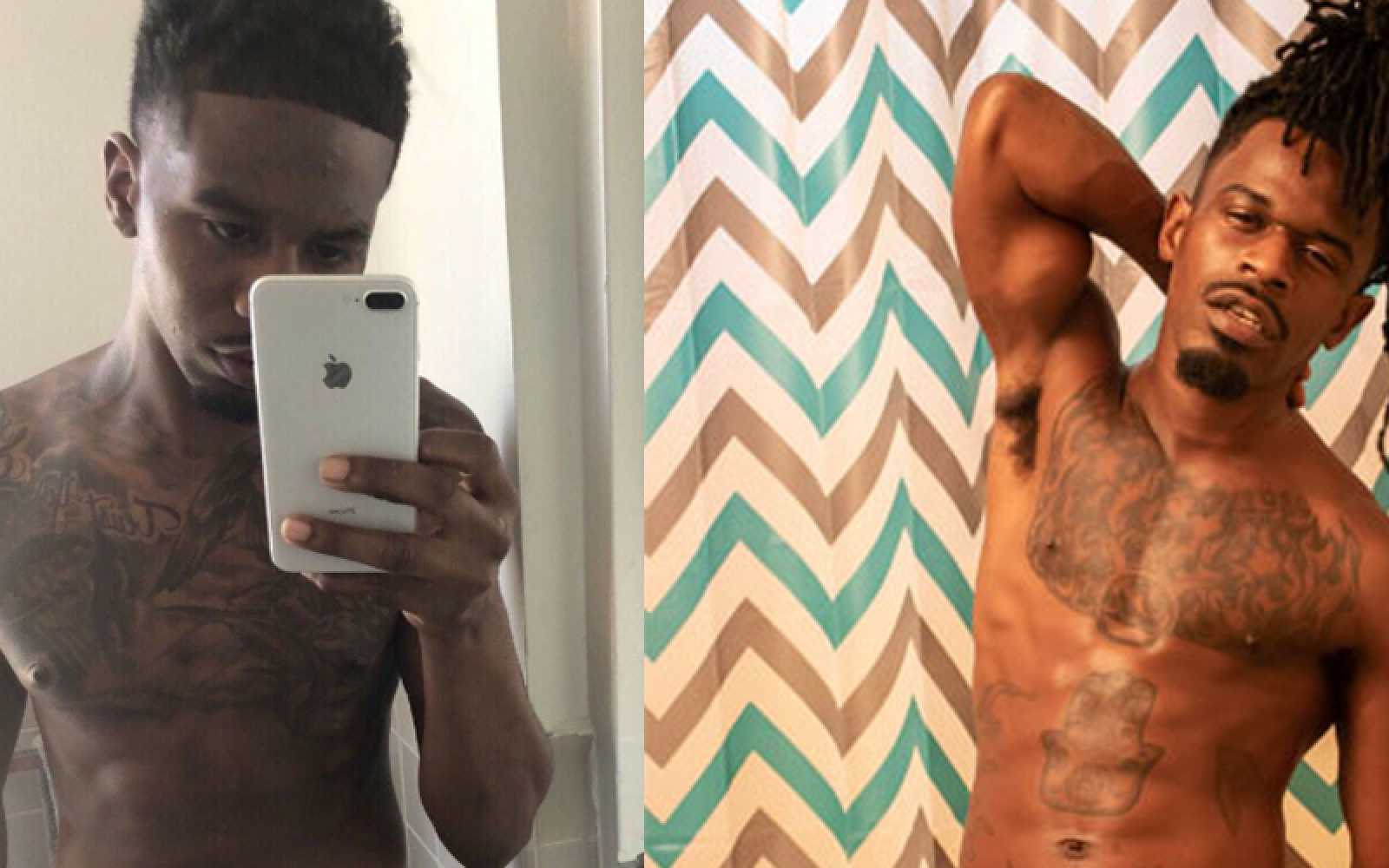 Go away from me with this Apollo!  Another chapter in the ongoing saga of Fame and Knockout.  First lets recap.

These two have been on again off again for sometime now and from the preview we saw of their reality webseries, the relationship isn't the healthiest.  Both admit they have anger issues and like to use violence to resolve those issues.

Last month we reported that Fame claimed Knockout stabbed him.  A story which Knockout looked to have confirmed only for Fame to pop up on a IG live video without stab wound the first.  Not even a paper cut.

In between that time and now, the two have apparently gotten into another altercation which resulted in Knockout being granted a restraining order against Fame.

While Cardi B was getting her first grammy, Fame was sending Knockout messages that he wanted his husband back and that if they didn't he was going to jump of the roof of a building.  He even posted a picture of him on a rooftop and sent it to Knockout.

Knockout has repeatedly called Fame a "master manipulator".  We reached out to Fame for a comment but he's deactived his social media accounts.  For now.

We'd love to say this is the end but we're pretty sure its not.

On a very serious note, domestic violence, emotional abuse and suicidal thoughts are no joke!  Get out and get help. 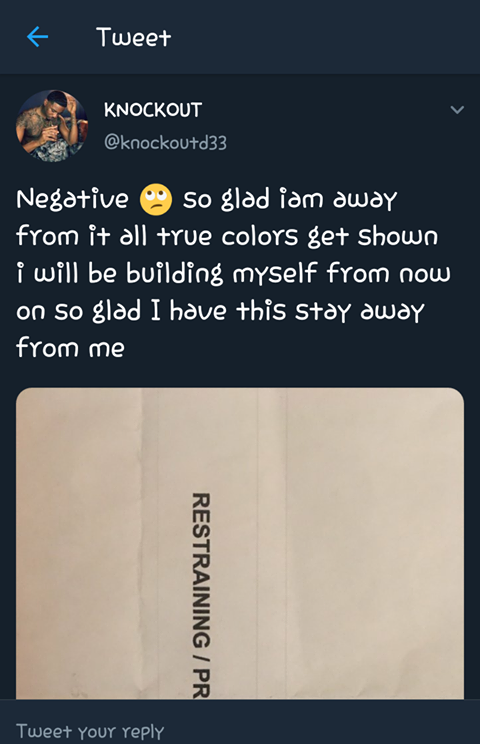 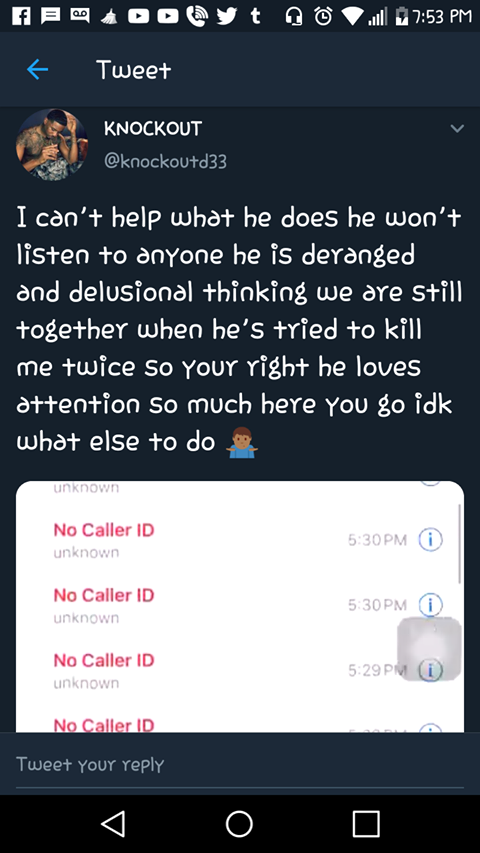 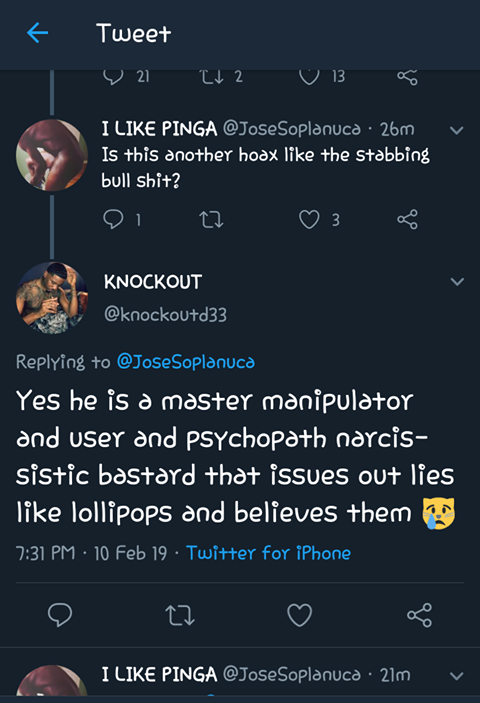 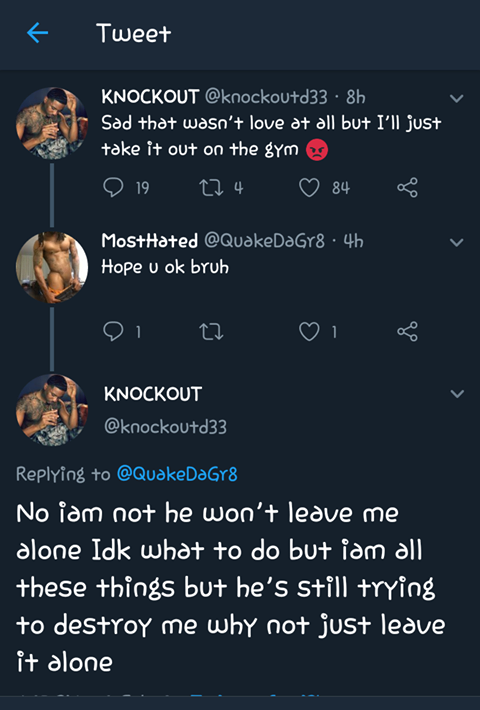 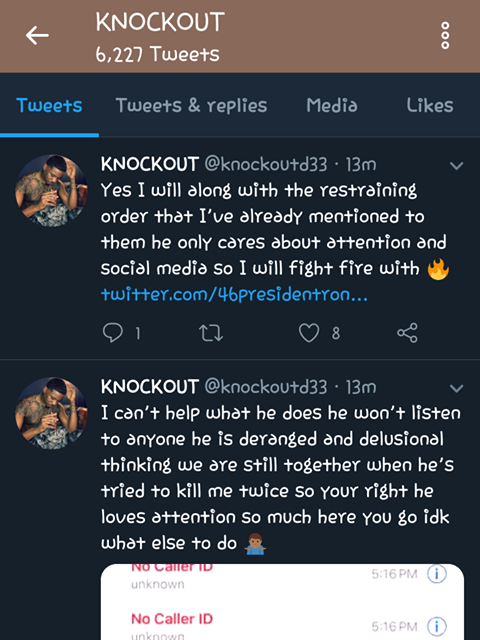 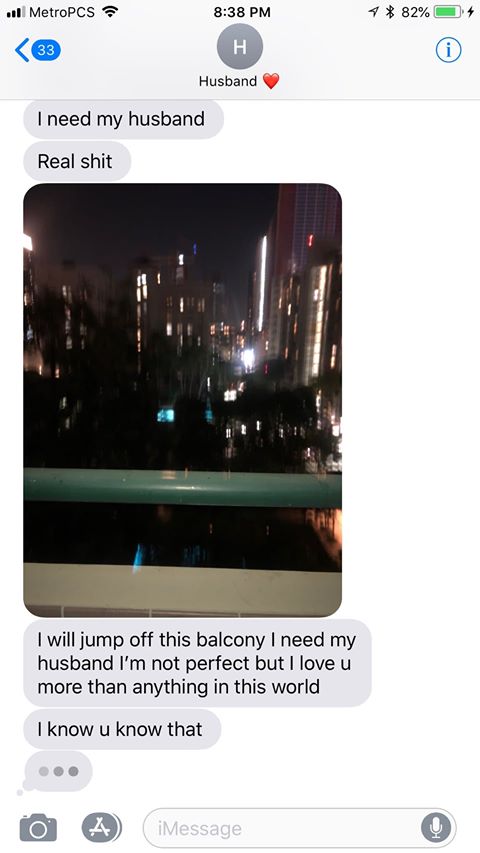 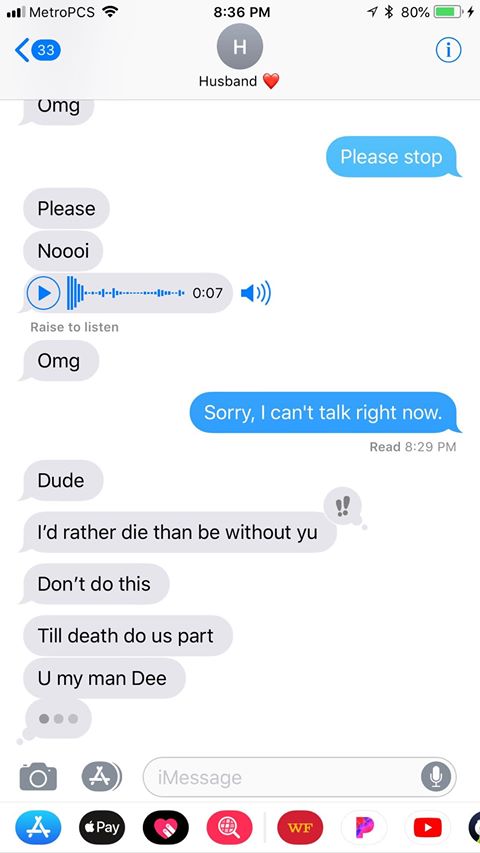 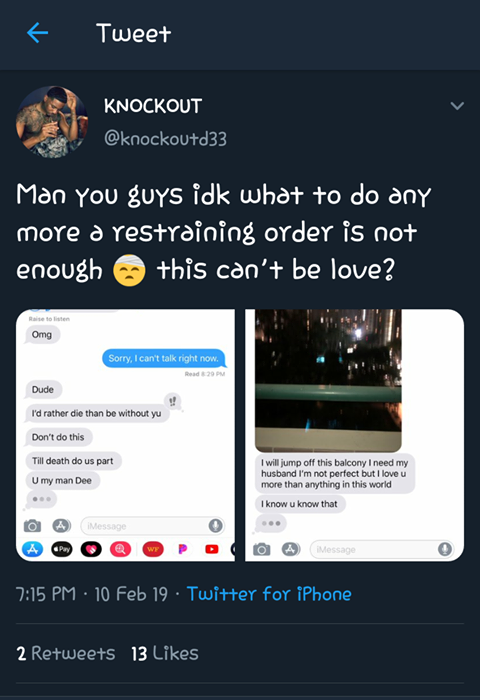