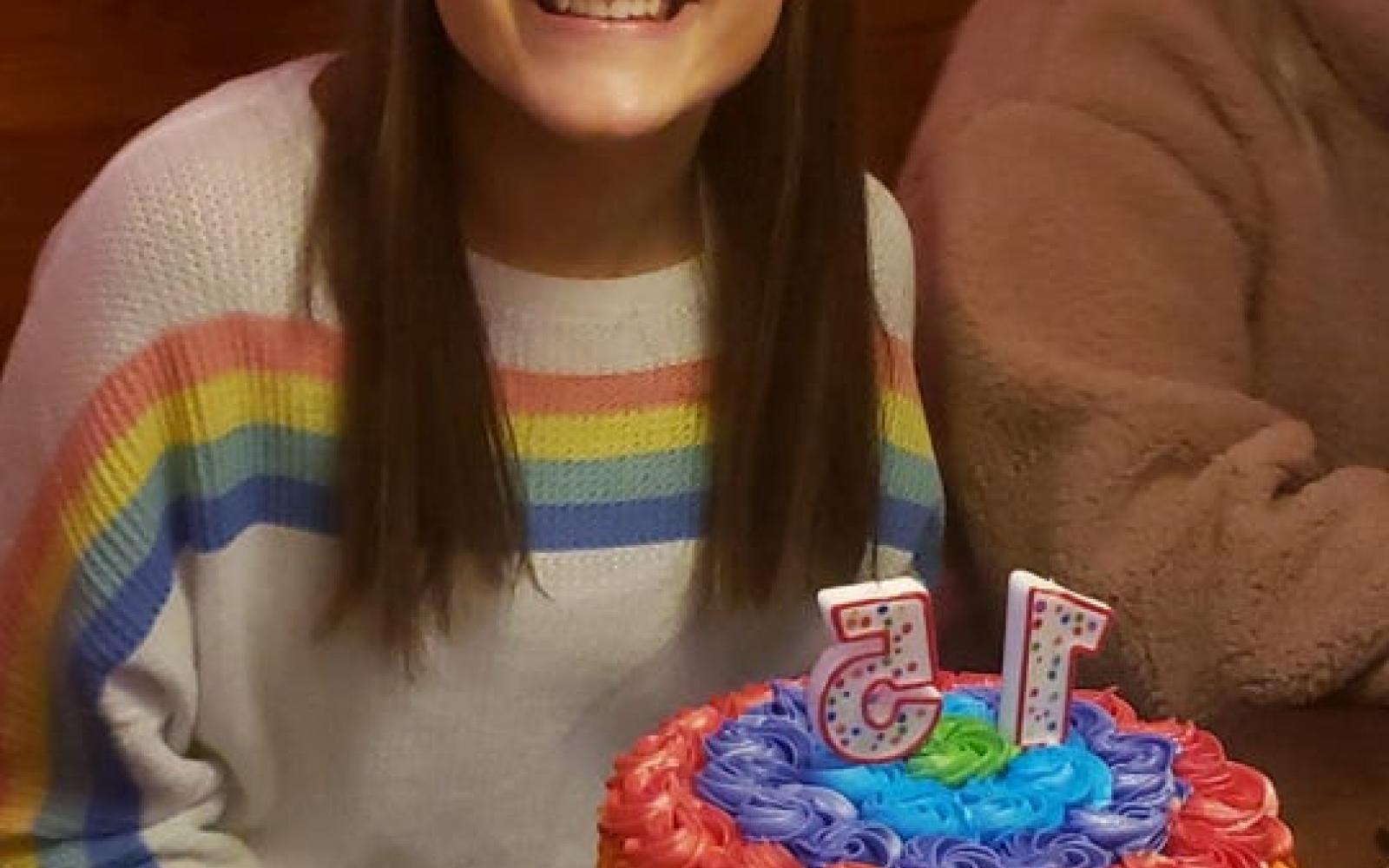 A Christian school in Louisville expelled a student last week after her family said school officials discovered the girl had celebrated her birthday with a rainbow-themed cake.

Kimberly Alford told The Courier Journal that until Jan. 6, her 15-year-old daughter had been a freshman at Whitefield Academy, a private school at 7711 Fegenbush Lane that serves students in preschool through 12th grade.

That's when Alford said she received an email from Whitefield Academy's head of school, Bruce Jacobson, explaining how her daughter was being expelled "immediately due to a post on social media."

Alford had recently posted a photo on her Facebook page showing her daughter celebrating her birthday in late December at a Texas Roadhouse restaurant. In the photo, the girl is wearing a sweater featuring a rainbow design and sitting by a colorful, rainbow-themed cake.

In the email, Alford said Jacobson wrote that the picture "demonstrates a posture of morality and cultural acceptance contrary to that of Whitefield Academy’s beliefs” and follows two years of "lifestyle violations."

The rainbow flag often is used as a symbol of lesbian, gay, bisexual, transgender and queer pride and support for LGBTQ rights.

But Alford said her daughter is not gay and the cake was simply a fun treat, with the bakery receipt listing the design as "assorted colors."

Alford added that the Whitefield Academy Parent Teacher Fellowship has even featured a rainbow image on its private Facebook page before later taking it down after the expulsion of her daughter.

"I just feel like it's a label (school officials) have put on her," Alford said. "Just because I'm wearing a rainbow doesn't mean I'm gay."

Jacobson, Whitefield Academy's head of school, told The Courier Journal that the expulsion came after "two years of continuous violations of our student code of conduct."