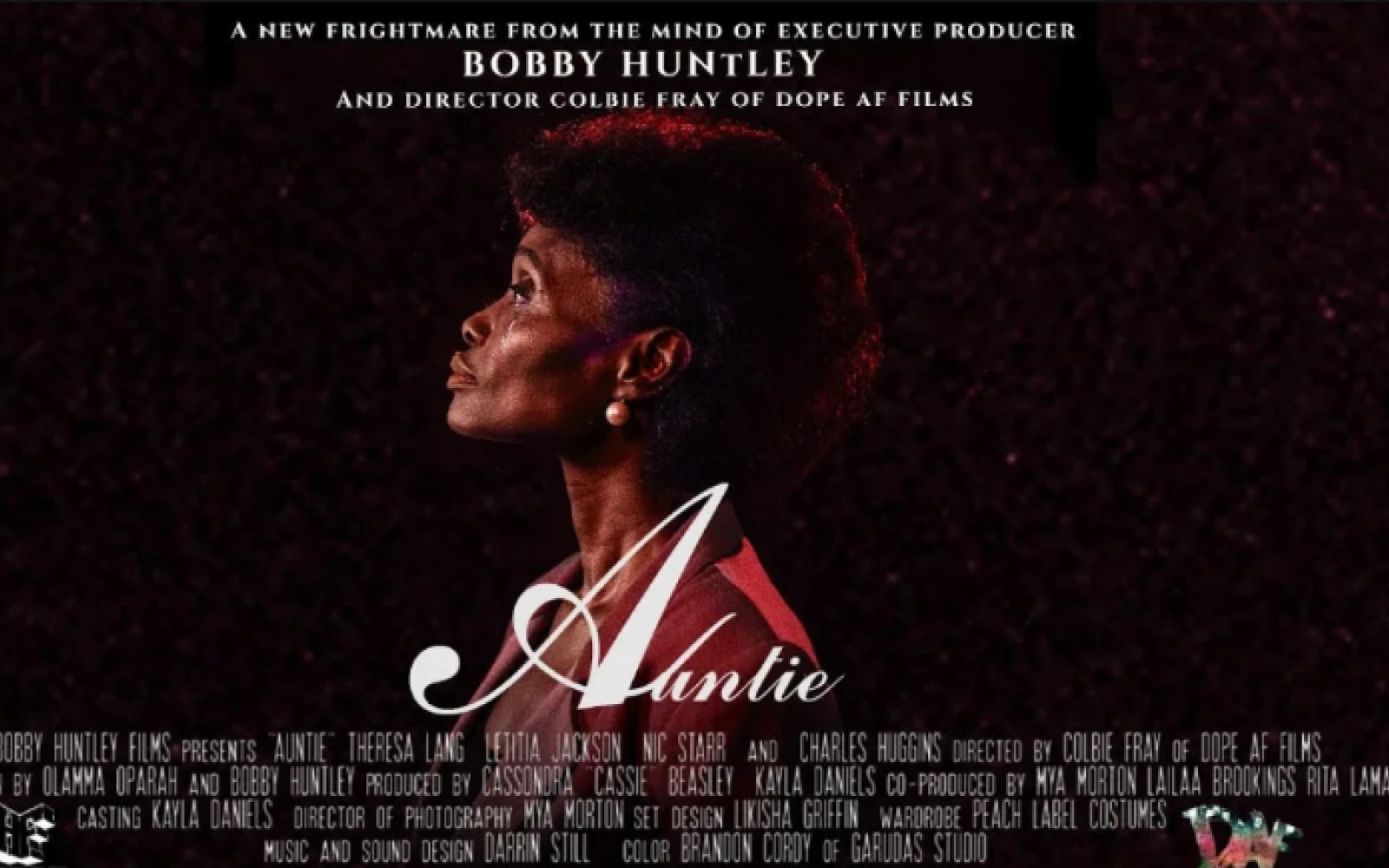 Everyone remembers the moment we realized Original Aunt Vivian (portrayed by Janet Hubert) suddenly disappeared and was replaced by a lighter-skinned version (portrayed by Daphne Reid) on The Fresh Prince of Bel-Air. So, imagine if OG Aunt Viv had an origin story.

That’s exactly what executive producer Bobby Huntley II did after meeting with director Colbie Fray at the Sundance Film Festival earlier this year.

“We left Sundance knowing we wanted to work together on something within the near future,” Huntley recalled. “A month or so later, I called her late one night and pitched her this idea and without hesitation, she came on board. I really wanted a black woman to take on the director hat of this project, telling this story of a strong character played by two amazing actresses on a tv show we all grew up watching.”

What materialized was their upcoming short film, Auntie.

After a long, excruciating stint at a mental facility, Vivian Banks is released. Against strict orders from her psychiatrist, she makes her way back to Bel Air. Only to find her home and family has no recollection of her and every evidence of her existence has been erased. She must find out who was behind the hostile takeover before it is too late to reclaim her family and her home.

“Our goal isn’t to pit the two real-life actresses against each [other],” Huntley noted. “They both did an amazing job bringing that character to life in their own unique way. We love every actor and actress affiliated with The Fresh Prince of Bel-Air. It’s just human nature to contrast and compare. For people to still debate over 25 years later is really a testament to their talents and longevity. We are just simply asking the question, ‘What If?’”

Naturally, finding the two Aunt Vivs was the most important part. With the help of casting director Kayla Daniels, they did just that.

“I was excited when I found out I got the role of ‘Auntie,’” Theresa Lang (OG Aunt Viv) said. “We honestly didn’t know what was going on, even throughout the first rehearsals and chemistry tests. It wasn’t until the cast and crew table read where we saw everyone and production told us the story we were telling. We were all blown away. Everyone looked like the character they were playing. We were all excited.”

“We went through a long process of watching the episodes and rehearsing the character, but also adding the horror undertones to give this project a unique edge,” Letitia Jackson (Light-Skinned Aunt Viv) said. “I had to be the right blend of the second Aunt Viv and the famous maid character from Get Out combined into one.”

In addition to the apparent themes of Jordan Peele’s Us and Get Out, the inspiration to shoot this concept actually came from the viral success of Morgan Cooper’s The Fresh Prince of Bel-Air fan trailer.

According to Fray, there are several “hidden gems” in the film, including a nod to other television shows that abruptly changed actresses such as Family Matters (Judy and Harriet Winslow), Roseanne (Becky Conner) and My Wife and Kids (Claire Kyle).

Make sure you hit that follow button on Instagram for @auntieshortfilm because the full five-minute trailer for Auntie will debut Thursday, Oct. 10.