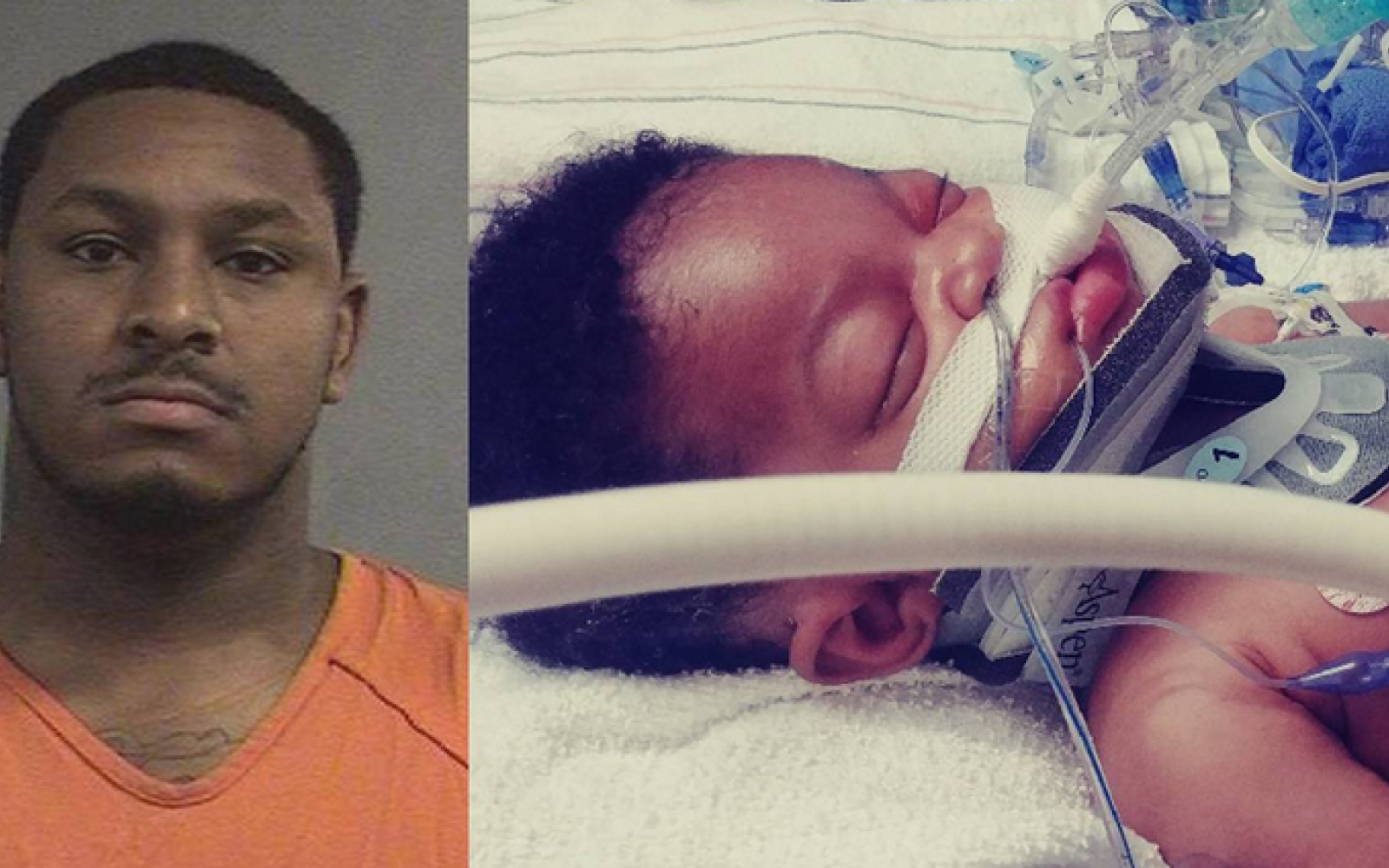 A father upset about losing a video game has been charged with murder after punching his one-month-old son in the head out of frustration.

Anthony Trice of Louisville was arrested Friday after he called 911 to report his son was "in distress," according to the Courier Journal.

Trice was home with his newborn son De'Anthony when he began to lose the video game he was playing. After throwing the controller, Trice struck his son in the head.

Trice said he then dropped his son while taking him into the kitchen to prepare a bottle.

De'Anthony was taken to Norton Children's Hospital where he died Sunday night.

Originally charged with first-degree criminal abuse of a child, Trice's charges were upgraded Monday to murder and his bond was raised to $1,000,000 cash.