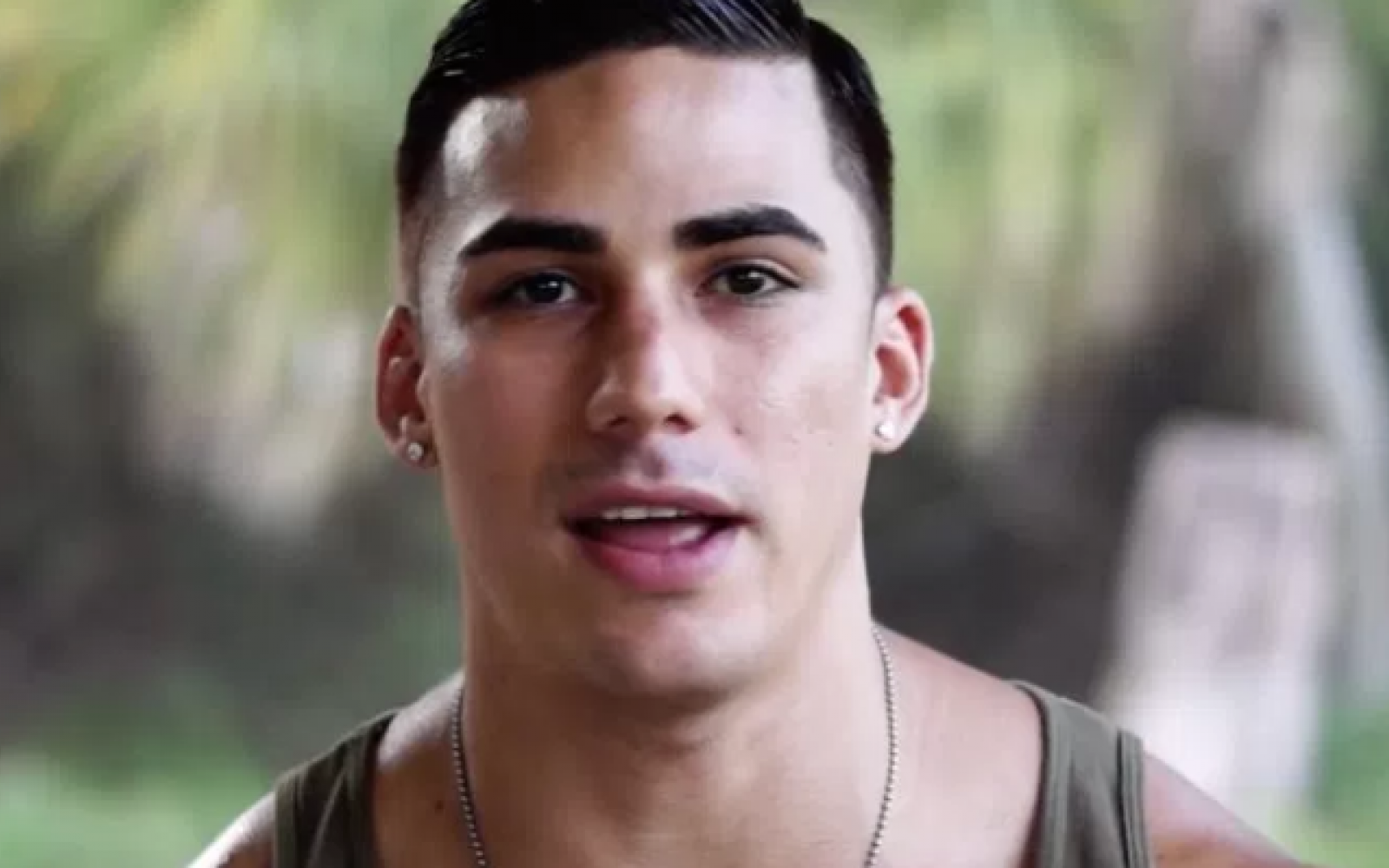 “Alex” is the latest man to come foward in a growing number of men who say they were sexually assuaulted by Topher Dimaggio.  Alex interviewed with blog Str8UpGayPorn where he recounted his story.

There is a common thread of physical and verbal assault through all five of their stories. Including the new one from Alex today.

“So I’m talking to Topher, and he just grabs my ass out of nowhere.

I thought he was joking, so I jokingly turned around and pulled my waistband down a little to be like, yes, that’s my ass. And then, all of a sudden, he flipped me around against the railing, crouched down and pulled my shorts down and started eating my ass.

Initially, I was stunned. I tried to push back and tell him, no, and he reached his left arm up and pinned me down against the railing. I couldn’t really move and wanted him to stop, and my boyfriend had this look of shock on his face. All I could really do was reach back and smack him in the head with my hand. After I did, he bit down on my right butt cheek, hard.

When I got away from him and was leaving, Topher was yelling at me and calling me a pussy over and over again.”

As they also point out, Alex and Topher met at a party for the underwear line Andrew Christian where Topher is one of their Trophy Boys. While Andrew Christian did update their header on Twitter yesterday and removed Topher, as Str8UpGayporn also reported, Topher is still headling an Andrew Christian event this weekend in Honolulu. Topher is a native of Hawaii.