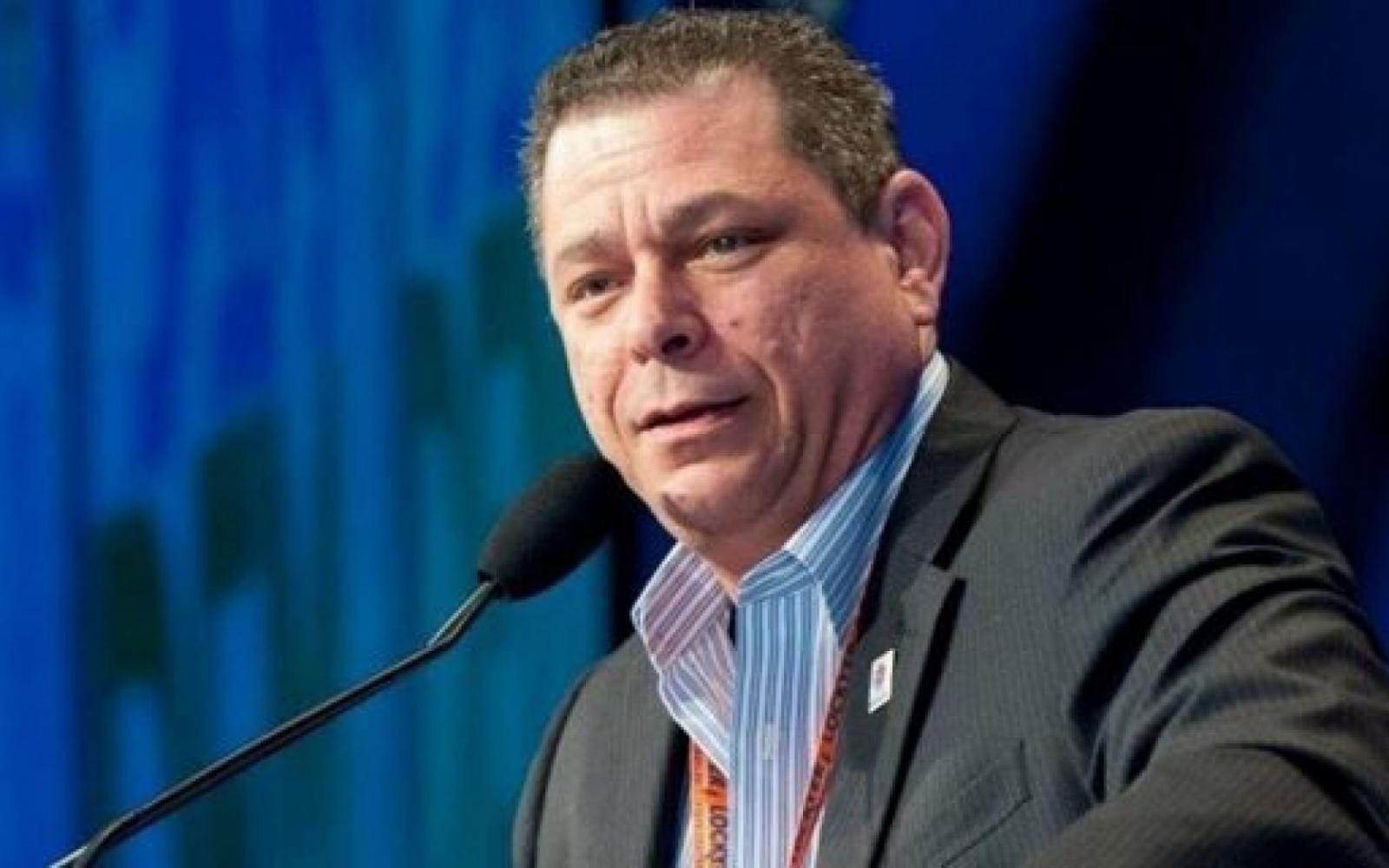 William Floyd, who served as Bauman’s assistant from March 2016 until November 2018, claims in the suit that Bauman performed oral sex on him without his consent on at least three occasions. He said he became fearful of Bauman after the party leader allegedly told him, “If you cross me, I will break you.”

Floyd, 28, is seeking damages for lost income, emotional distress and pain and suffering, as well as punitive damages and attorneys’ fees. The complaint names Bauman, 60, and the state and Los Angeles County Democratic parties as defendants, alleging that the two organizations failed to prevent Bauman’s harassing behavior and retained him in “conscious disregard of the rights and well-being of others.”

“We have not yet been formally served with this lawsuit and have only learned about the filing of it through media inquiries this evening,” said Neal S. Zaslavsky, Bauman’s attorney. “As with the other pending matter, Mr. Bauman will not be trying this case in the media. Mr. Bauman denies the allegations in the complaint and looks forward to complete vindication once the facts come out.”

Mark Gonzalez, chairman of the L.A. County Democratic Party, said the group was “reviewing the allegations of the complaint” and had no further comment.

Alexandra “Alex” Gallardo Rooker, who stepped in as acting chairwoman of the state party after Bauman’s resignation, said in a statement that the allegations “are very serious and deserve a hearing. The most appropriate venue for us all to learn the truth, whatever it may be, is ultimately in the courtroom where we can let the sun shine in.”

The lawsuit comes amid continued turmoil in the party after the resignation of Bauman, who stepped down in November following claims of sexual misconduct and inappropriate behavior toward party staff members and activists.

At the time, Bauman said that he planned to seek treatment for health issues and alcohol use.

“I deeply regret if my behavior has caused pain to any of the outstanding individuals with whom I’ve had the privilege to work. I appreciate the courage it took for these individuals to come forward to tell their stories,” Bauman said.

“In the interest of allowing the CDP’s independent investigation to move forward, I do not wish to respond to any of the specific allegations. However, I will use the time I am on leave to immediately seek medical intervention to address serious, ongoing health issues and to begin treatment for what I now realize is an issue with alcohol,” he added.

Bauman and the party were earlier sued by three other employees in January, who alleged discrimination and a culture of harassment and sexual misconduct that was “well-known and apparently tolerated” by top officials.

According to the new lawsuit filed Wednesday, Floyd first met Bauman in 2015 while he was interning for the Los Angeles County Democratic Party. By then, the complaint says, “Bauman had a reputation for excessive drinking, making crude sexual comments to LACDP and CDP employees and volunteers, and engaging in unwanted sexual touching and/or physical intimidation” in professional settings.

In an June 2016 incident in Long Beach, Floyd alleges, he was in Bauman’s hotel room with other members of the L.A. County party and fell asleep after having too much to drink. When he woke up, the complaint alleges, he found Bauman performing oral sex on him and quickly pulled up his pants and fled the room. The lawsuit alleges that in later conversations, Bauman implied that he had penetrated Floyd during the incident.

On two other occasions alleged in the suit, Floyd said “felt he had no choice” to comply with Bauman’s demands and allow him to perform oral sex.

The lawsuit says that on Nov. 1, just days before the 2018 midterm election, Floyd told a senior party staffer that Bauman had sexually assaulted him. Several days later, the complaint says, Floyd was contacted by the party’s human resources director, Amy Vrattos.

California Democratic Chairman Eric Bauman accused of sexually explicit comments, unwanted touching »
But officials with the party “looked the other way, and failed to confront Bauman” because of his success helping Democratic candidates across the state, the lawsuit alleges.

“Maybe I was naive, but I really thought that, by working for the Democratic Party, I could advance the causes I believed in,” Floyd said in a statement provided by his attorney. “Most of us lived in fear of [Bauman].”

Floyd's attorney, Scott Ames, said the party has “stonewalled” his client and has “not done anything to rectify the situation.”

After Bauman resigned, the suit says, Floyd met with the state party’s investigator, who was examining allegations against Bauman. Less than a week later, the complaint alleges, state party officials told Floyd that they were closing the organization’s Los Angeles office and that he would be terminated unless he agreed to work at Sacramento headquarters.

Floyd agreed to move to Sacramento in January 2019 to keep his job, the complaint says. He is still employed by the party but plans to move back to Los Angeles County this year for graduate school.

The suit is the latest in a series of blows to the fractured California Democratic Party, which despite historic wins in last year’s elections has faced a reckoning in the #MeToo era. In addition to fallout from Bauman’s resignation, Rooker was criticized for firing two colleagues who helped file a sexual harassment complaint against Bauman.

“This is not unusual when there is a change in leadership,” Roger Salazar, a spokesman for the party, said in a statement. “These moves are not necessarily a reflection upon the work of each of the individuals involved, but are part of a desire by the acting chair to start fresh and keep the party moving in the right direction.”