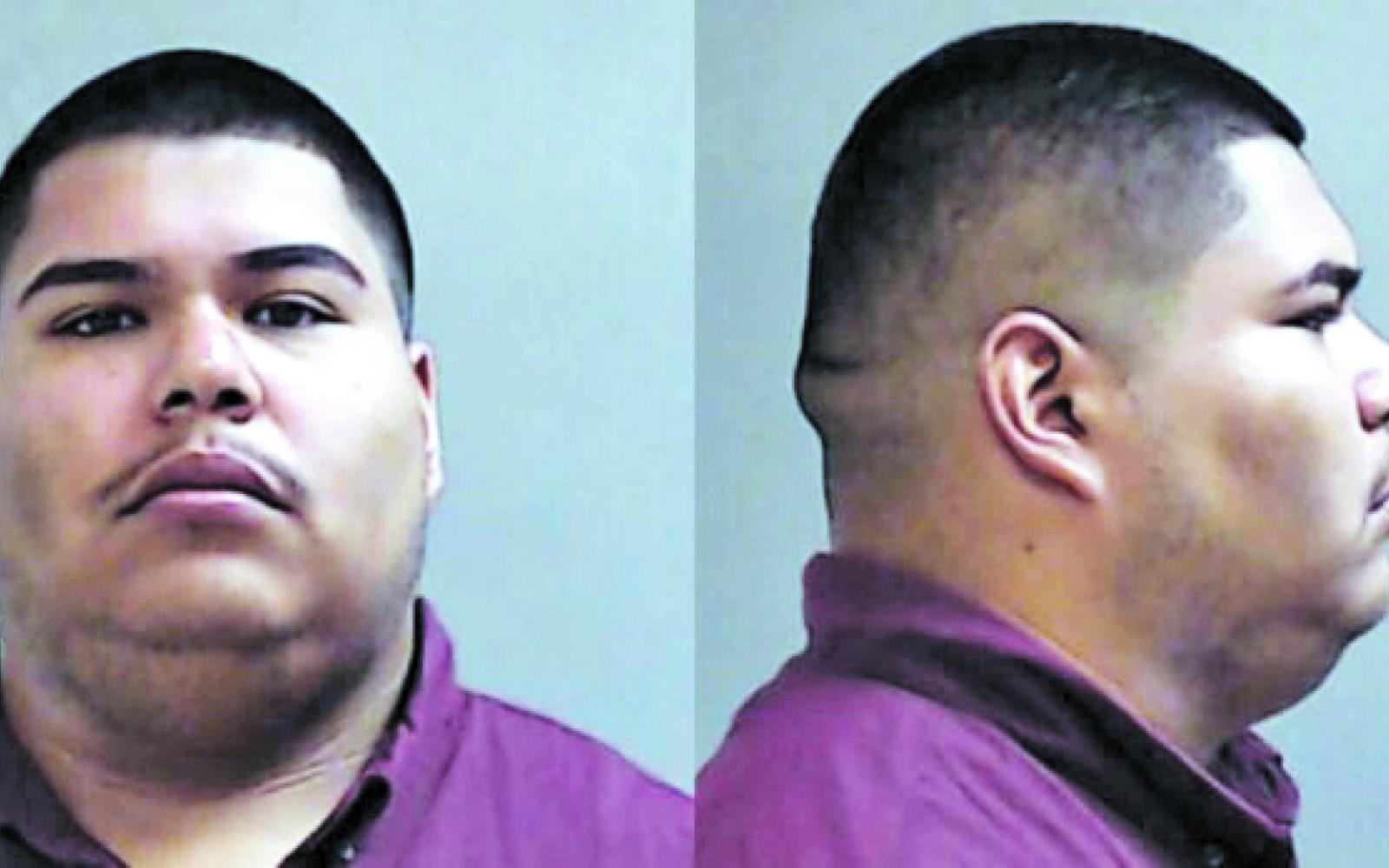 A former Progreso police officer accused of sexually assaulting two people while they were in custody is facing new charges in federal court.

Matthew Lee Sepulveda, 24, was arrested by federal agents last Friday in connection with the alleged assaults, according to a statement released by the U.S. Attorney’s Office.

“The charges allege Sepulveda violated the civil rights of two individuals while acting under his authority as a uniformed police officer,” the statement reads. “Specifically, he allegedly performed oral sex on two men while they were in his custody.”

Sepulveda was remanded into custody after making an initial appearance before U.S. Magistrate Judge Peter E. Ormsby Monday morning. He is expected to be back in court for a bond and detention hearing Thursday afternoon.

Sepulveda was initially taken into custody by the Hidalgo County Sheriff’s Office this summer after one of the victims — a 20-year-old man — reported a sexual assault to sheriff’s investigators on June 29, just hours after it was alleged to have occurred.

Sepulveda was subsequently taken into custody on July 7 on one charge of sexual assault and one charge of violating the civil rights of a person in custody.

While investigating the case, sheriff’s deputies identified an additional victim and levied additional charges against Sepulveda of sexual assault, official oppression and violating the civil rights of a person in custody. He was arrested on those charges in mid-July.

It was the alleged civil rights violations that ultimately led Hidalgo County Sheriff J.E. “Eddie” Guerra to reach out to the FBI for their assistance on the case. “From the beginning, when they briefed me, it sounded like a civil rights violation also, so I made a call to the FBI and so they came on board,” Guerra said during a phone interview last Friday.

Guerra also said the state will continue to pursue the original charges against Sepulveda as federal prosecutors pursue the civil rights charges in federal court. “The state charges are still going to be pursued. We’re not dropping the state charges; they can be parallel cases,” Guerra said.

The first victim alleged that Sepulveda had taken him into custody on June 28 after making a traffic stop. Sepulveda allegedly threatened the man would be deported, and that “he had to do something” in order for Sepulveda to let him go, according to a probable cause affidavit released by the sheriff’s office in July.

The man alleges Sepulveda then escorted him from the jail cell to another room — out of view of surveillance cameras — where Sepulveda performed oral sex on him, the affidavit reads.

As they examined evidence related to the man’s allegations, sheriff’s investigators discovered the second victim.

After poring over hours of video surveillance footage, investigators identified two more individuals who had been brought to the Progreso city jail by Sepulveda on July 1 — approximately 48 hours after the first victim made his outcry.

The two individuals were later identified as 17-year-old twin brothers who had been taken into custody by Sepulveda after a traffic stop. One of the brothers told investigators that Sepulveda had led him into an office, where he allegedly performed oral sex on the teen before escorting him back to the cell.

Sepulveda allegedly escorted the second teen to the office and asked if he “would be willing to do the same thing,” according to a probable cause affidavit.

The teen said no and was escorted back to the jail cell.

Sepulveda worked at the police department from April 17 to July 2 of this year, according to records obtained from the Texas Commission on Law Enforcement. He was reportedly fired from the department by then-Progreso Police Chief Alberto Rodriguez.

Rodriguez resigned from the position weeks later. Sheriff Guerra said the new chief, Cesar Solis, is cooperating with the investigation, which continues.

“This case has been in the media — both print and TV — and so every time it has been put out there, we always ask, if anybody knows any other incidents related to this case, to call us,” Guerra said.

If convicted on the federal charges, Sepulveda faces up to life in federal prison.