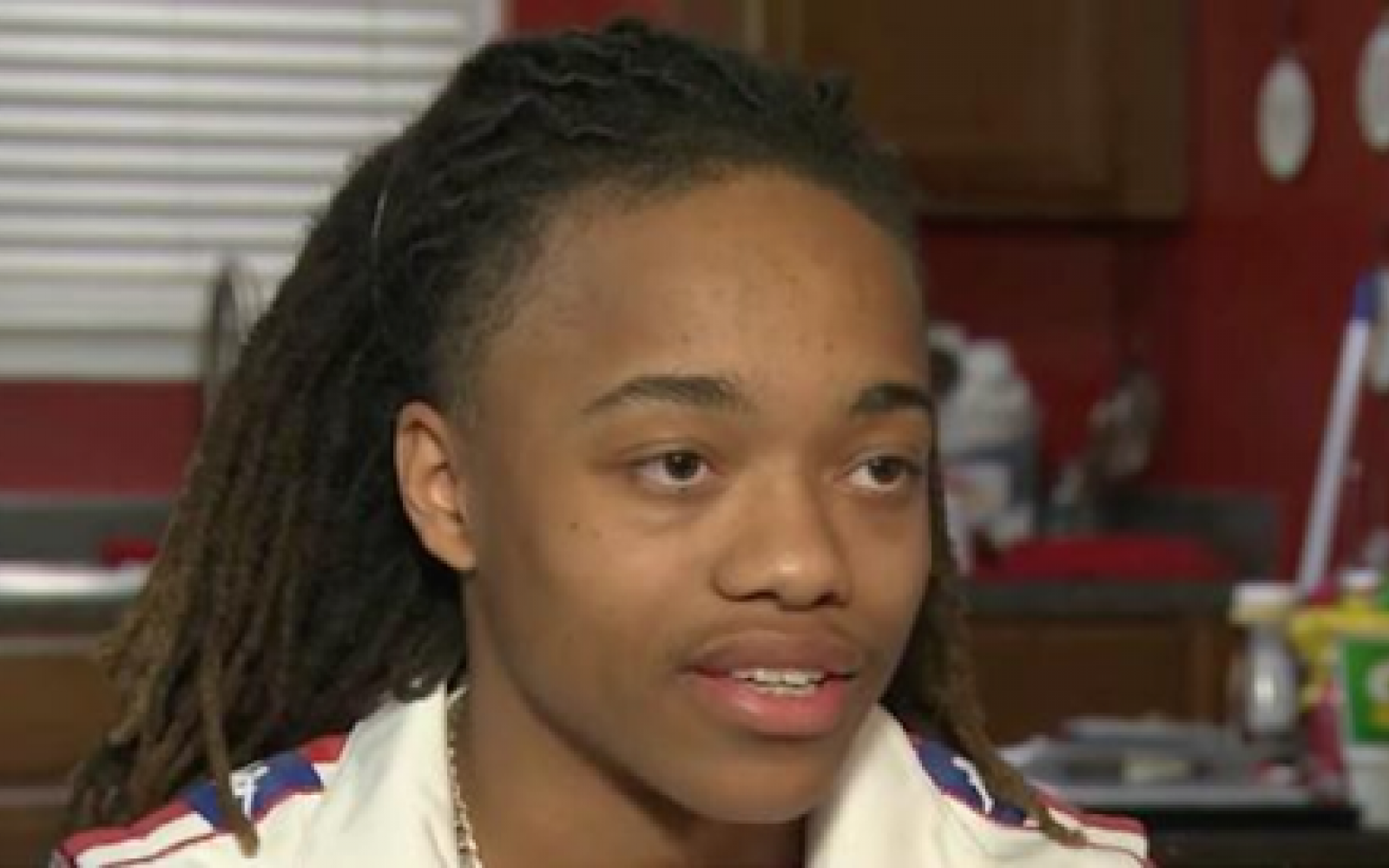 The Texas student whose high school told him to cut his dreadlocks may not be able walk at his graduation. But he may stroll down the red carpet at the 2020 Academy Awards, according to NBC News.

DeAndre Arnold, a senior at Barbers Hill High School in Mont Belvieu, in southeast Texas, was suspended and told he won't be allowed to walk at his graduation ceremony unless he cuts his dreadlocks to meet the school district's dress code, he and his family have said.

His story has drawn national attention and an outpouring of support, including now from actress Gabrielle Union.

"Hey DeAndre, I’m Gabrielle Union and I am one of the producers of the Oscar-nominated short film ‘Hair Love,’" Union said in a video to Arnold that aired Friday on "CBS This Morning."

The film is an "amazing story about this young black father with long, beautiful locs, just trying to figure out how to do his daughter’s hair," the actress said, which is why she said she had to support it in any way she could.

"The same way as when we heard about your story, and you just wanting to wear your hair, the way you want, at school," she said. "And all this scrutiny that you faced and how unwavering you have been in standing up for yourself. We also knew that we had to get involved."

Union's husband, retired NBA star Dwyane Wade, also addressed Arnold in the video, saying he and his wife are "big fans" of the teen.

Wade said Arnold and his mother, Sandy Arnold, would have all expenses paid for a trip to Los Angeles to attend the 2020 Academy Awards on Feb. 9. Wade also said the Dove company would give Arnold and his mother "the red carpet treatment," pay for their Oscar tickets and "provide full wardrobe and glam for the big night," which the soap brand's representative confirmed.

Matthew Cherry, the director of "Hair Love," closed out the video.

"DeAndre, you’re such a good kid and we’ve all been so inspired by your story and this is the very least we can do for you for standing up for yourself and for your right to wear your natural hair at school," Cherry, a former NFL player, said. "We look forward to seeing you next weekend and keep up the good work. I look forward to meeting you."

The team members behind "Hair Love" are the latest celebrities to express support for Arnold. Ellen DeGeneres and Alicia Keys surprised the teen with a $20,000 scholarship toward his college tuition on an episode of "The Ellen Show" that aired Wednesday.