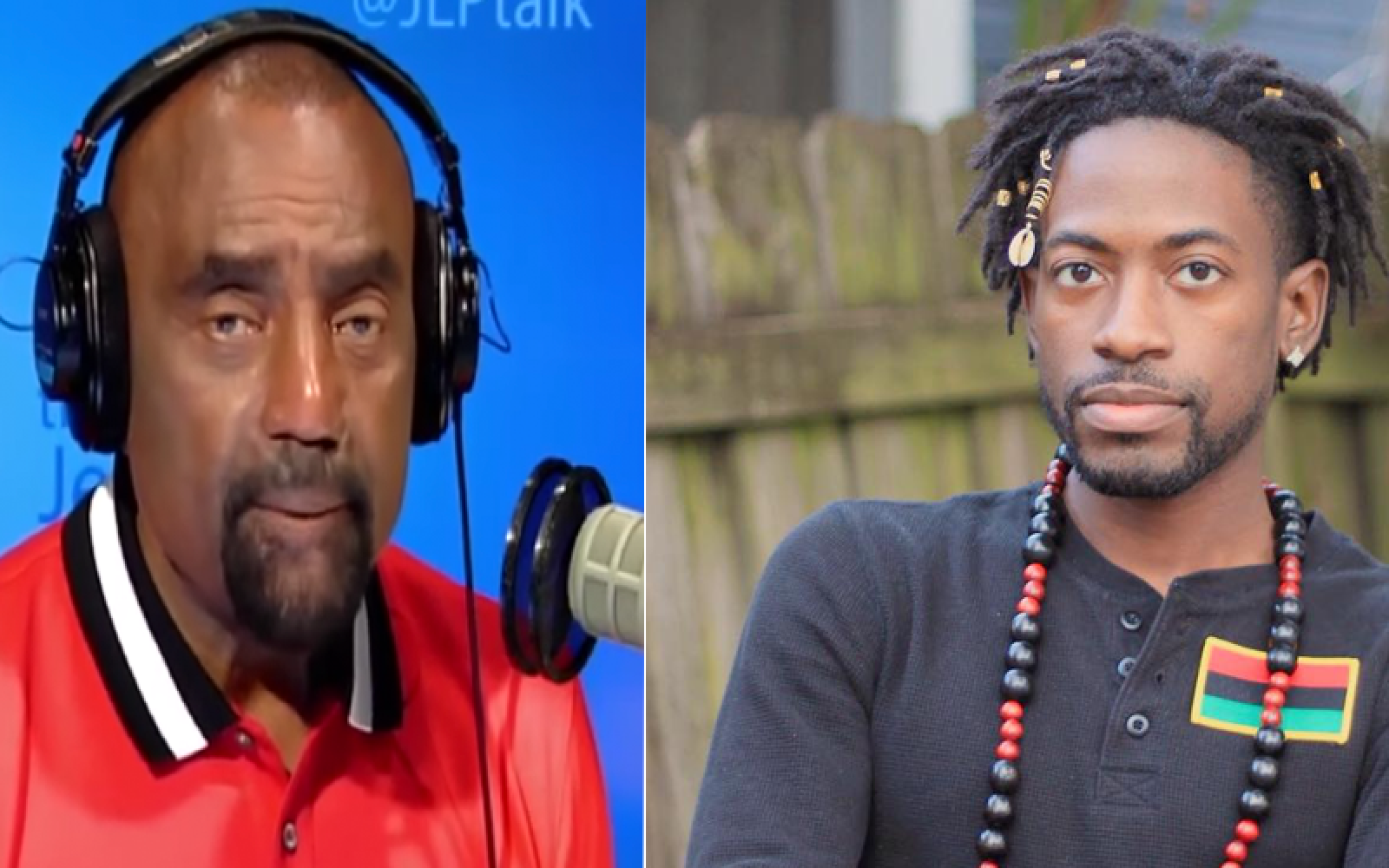 Whew chilay.  Now this was a read. If you don't know by now, the black LGBTQ community will always show up and show out when we half to on behalf of our brothers and sisters because we feel your pain.

If you're unfamiliar with Jesse Lee Peterson, he's a "reverend", an "author", and a podcast host, and now he's probably humiliated. Peterson is know for saying things like "women with degrees won't make good wives or mothers".  He attended the straight pride rally held earlier this year where he said

“We can no longer be intimidated by the children of the lie, that is the liberal media, the radical homosexuals, the Democratic party, and the never-Trumpers.”

In the video Gazi goes in from the moment he sits down about Jesse Lee's past comments about black women, trans women, gay men, black men, pretty much anything you've ever wanted to say to a homophobic hotep.  He brings up the fact that Jesse's estranged son doesn't even want his last name, and that his parents and much of his family don't speak to him.  He also tells us that even though Peterson calls himself an author, his book is not selling.  AT ALL.

Gazi then calls him out for calling black people lazy and dependent on social programs when his podcast and show is paid for with tax dollars.

The final blow is when Gazi lets everyone know the podcast paid for his hotel, flight, and food.  Flewed Out for real.

Check it all out in the video below.