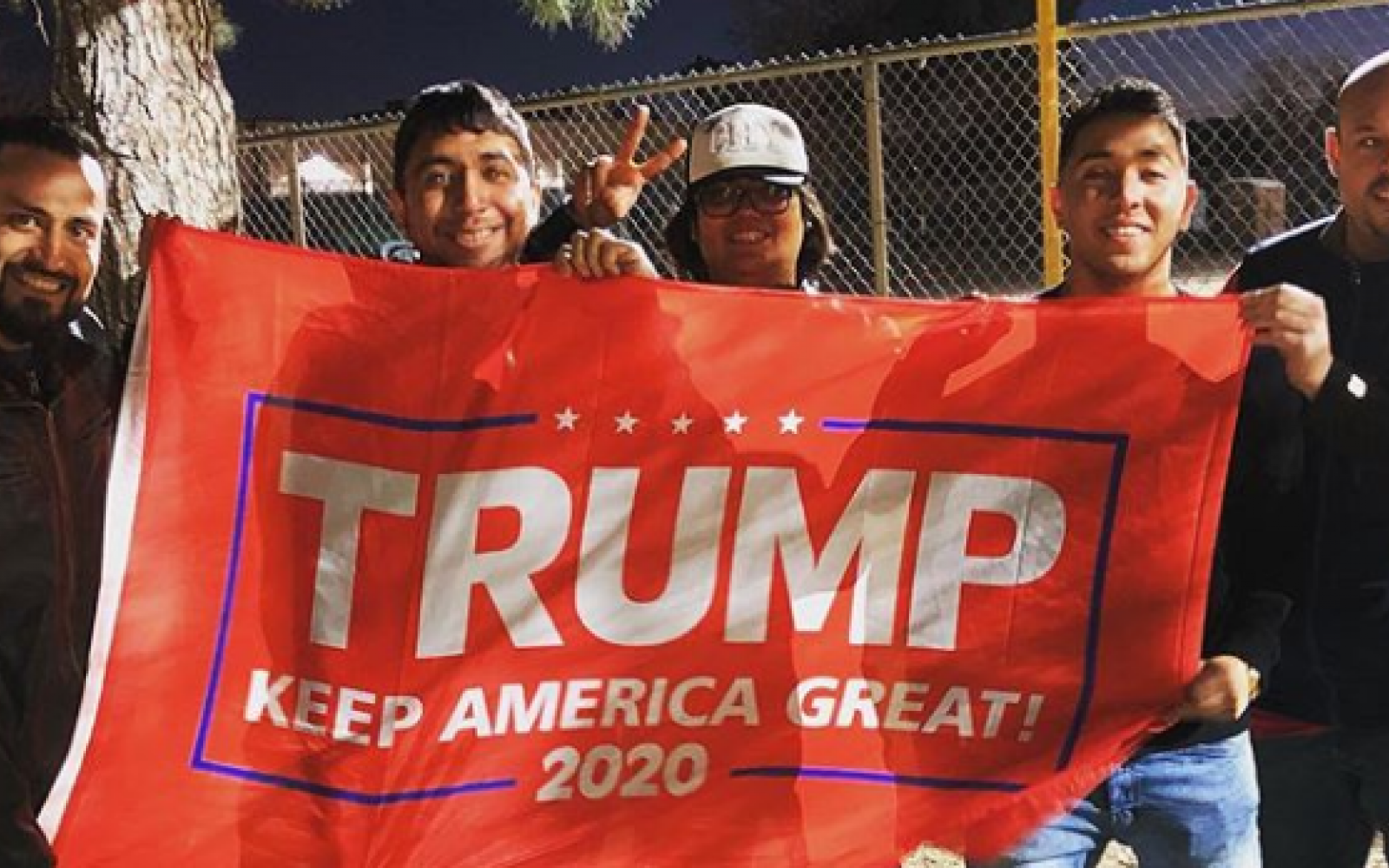 A proprietor of a gay nightclub in Mexico is being criticized for attending a pro-Trump rally.

Johnny Alcantar is one of five owners of the Old Plantation in El Paso, Texas.

He posted a photograph of himself and four friends holding up a ‘Trump: Keep American Great 2020’ sign.

The photo was taken at the El Paso County Coliseum, where the US president held a rally Monday.

But local drag queen Puta Khalo picked-up the photo and posted a passionate response on Facebook.

‘I’m fucking disgusted by one of the owners of the OP,’ she said.

‘Straight people are the first to try to profit off of our community and our art but won’t hesitate to support a man who has called trans people burdens.

‘Don’t tarnish our sanctuaries with your bullshit political ideals. Trash.’

Khalo called for a boycott of the Old Plantation.

Hundreds of users commented to voice their support.

‘Well that’s a wrap on ever going there again,’ one wrote.

Another said: ‘This dude is disgusting.’

Though, not all agreed.

One user said: ‘Let them support trump if they want to, mind your own business & live your life.’

Alcantar told KTSM he attended the rally only to see a sitting president.

‘I don’t agree with everything Donald Trump says but I have to support our current president.

‘I don’t have any other choice.’

Mark Adkins, CEO of the Old Plantation, issued a statement on the club’s Facebook page.

It said: ‘The Old Plantation Nightclub does NOT support Trump’s views or opinions especially towards our LGBTQ community.

‘We would like to reiterate that the individual who attended Trump’s rally is, just that, only one individual who is a minor shareholder that owns a small fraction of the company.

‘He does not represent The Old Plantation, its ownership or our community in any way.’