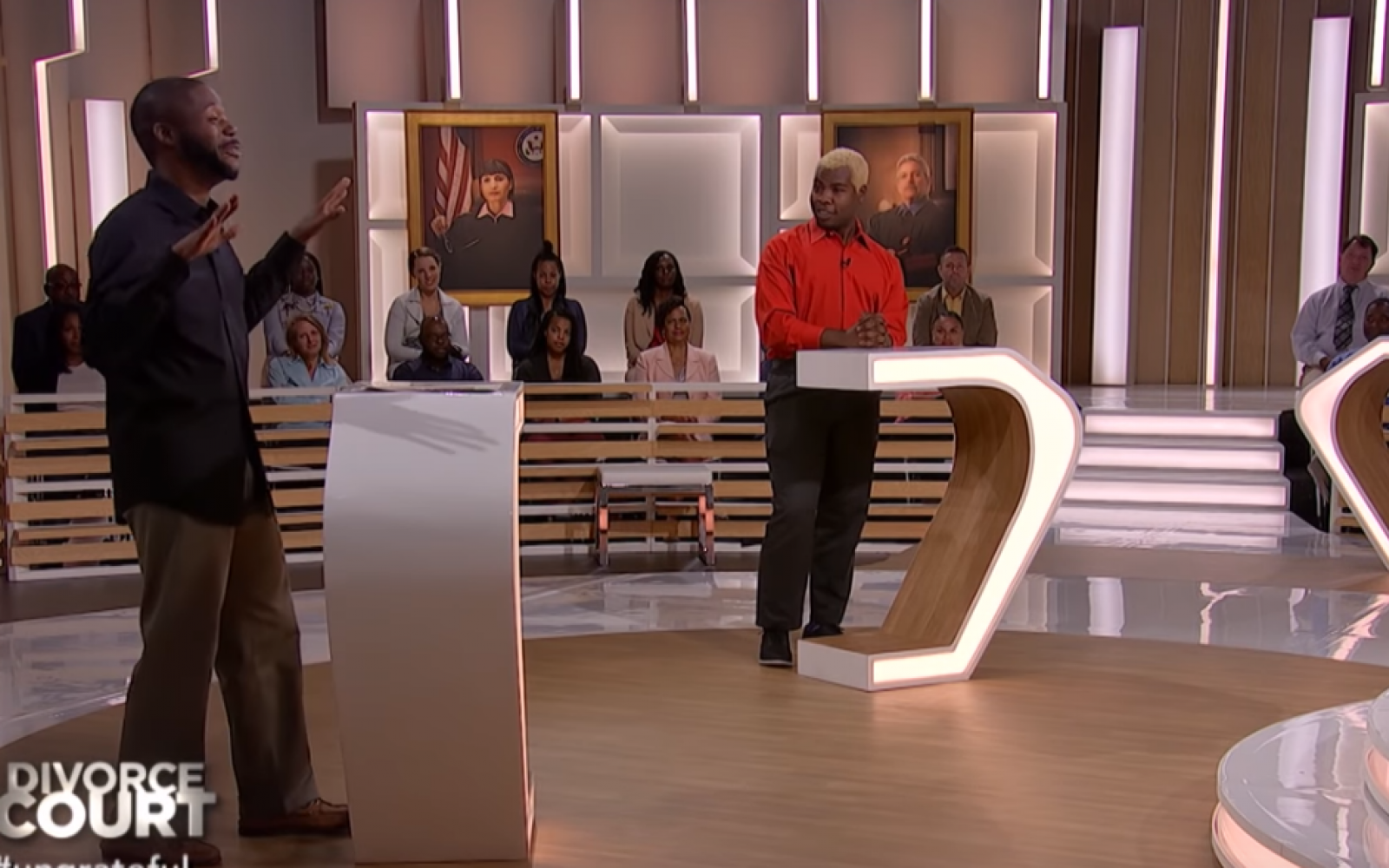 A recent episode of the reality TV show Divorce Court featured Don’te and D’Andrew Leaphart, a couple that has been married for two years after dating for two and a half. While Don’te is a Cardi B fan and D’Andrew Leaphart is a Minaj fan, Don’te said that their “silly” feud merely worsened their underlying relationship issues.

The show’s Judge Lynn Toler asked in disbelief whether the couple’s separation really began with a disagreement over the rappers. Don’te admitted that he views D’Andrew as an ungrateful and disrespectful partner who “got in Don’te’s face” while the two argued about the rappers.

As D’Andrew tried to defend himself by talking over Don’te, saying that he merely got up in Don’te’s face in the heat of their argument, Don’te said D’Andrew’s talking over him was further proof of D’Andrew’s disrespect. Don’te told D’Andrew, “You’re gonna be rude your whole life.”

Here is video of the couple’s argument on Divorce Court: